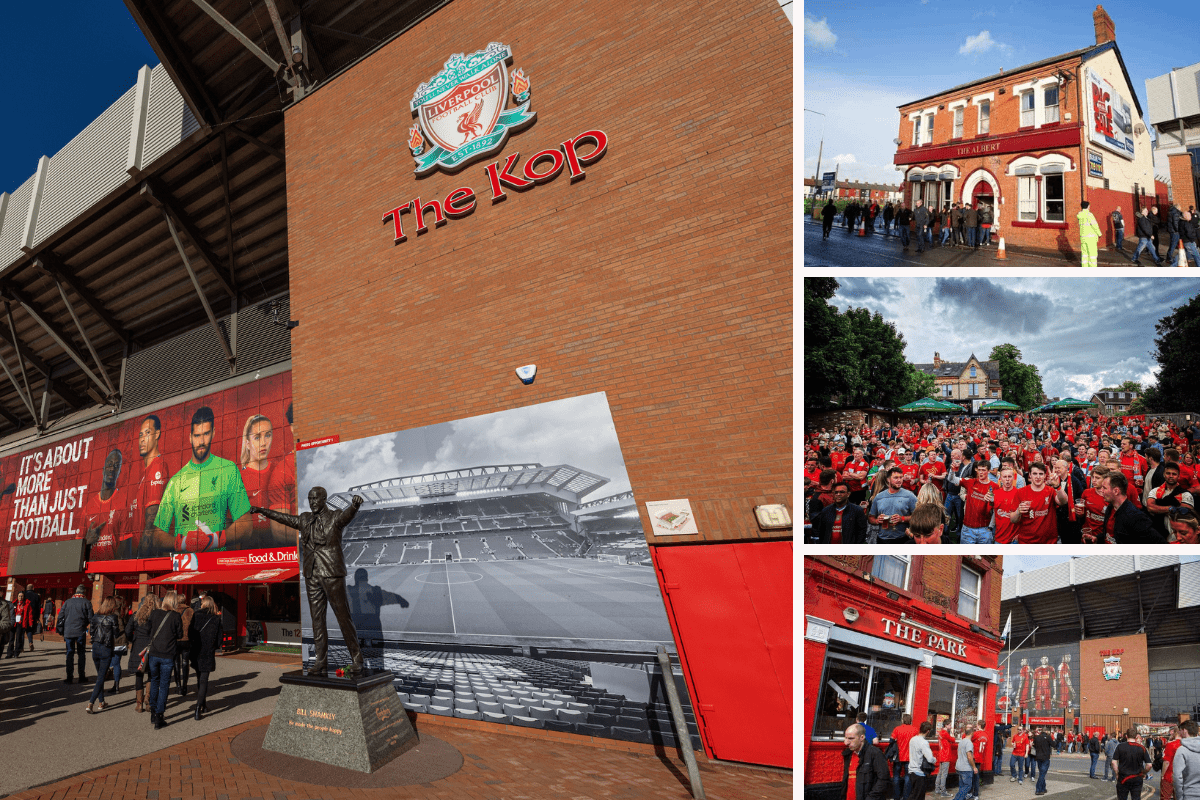 10 Liverpool pubs to visit near Anfield on matchday

Many supporters enjoy a drink at a local pub before a Liverpool match at Anfield, but which ones should you be visiting on your next trip to see the Reds?

Pubs are a great way to soak up the atmosphere and get talking to some fellow Reds before or after a game.

There are plenty of places for a drink in the Anfield area and nearer the city centre.

Here, we list 10 pubs you should be checking out on your next trip to Liverpool. 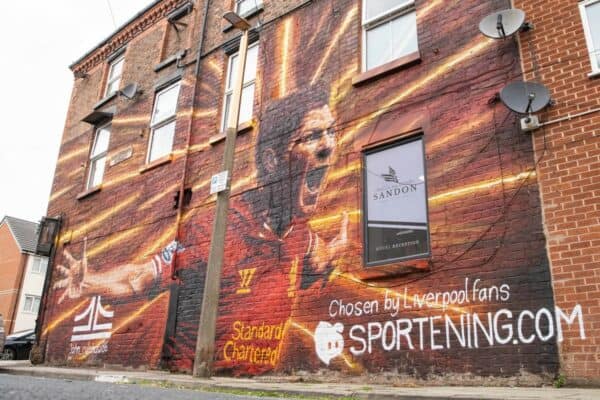 A pub that dates back to the 1870s and the birthplace of Liverpool FC.

A pitstop at The Sandon en route to the stadium is a permanent fixture for many Reds on a matchday.

Based on Oakfield Road, it’s a pub steeped in history, and also where you’ll find the excellent Steven Gerrard mural that was designed in 2021.

If you’ve not already been, it should certainly be on your bucket list.

It hosts live music before matches, with Jamie Webster often performing some Kop classics ahead of a game.

The beer garden is big and, if you don’t have a ticket, there’s a large screen in the outdoor area to watch the match.

A converted church, as the name would suggest, this is another pub with an excellent atmosphere on a matchday.

You’ll find it on Oakfield Road and there’s a nice food menu if you fancy a bite to eat, too. 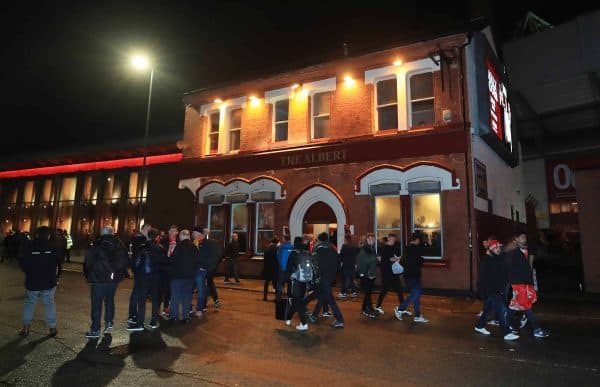 Arguably the most well-known pub, located right next to the Kop on Walton Breck Road.

It has a good atmosphere, gets very busy and you must be prepared to wait for a pint and have your singing voice on! 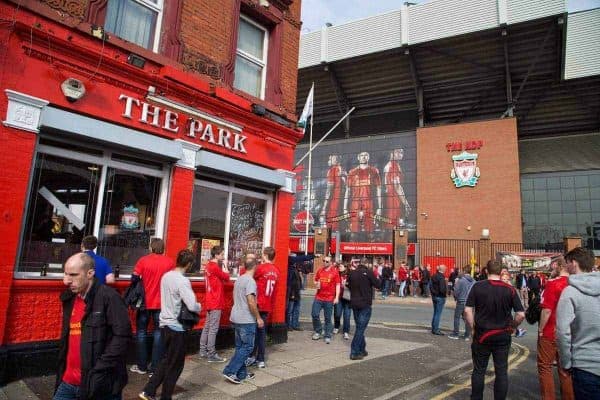 Opposite The Albert, The Park has a great atmosphere on matchdays and you can see the ground from the window when having a pint.

A popular pub amongst many regulars. 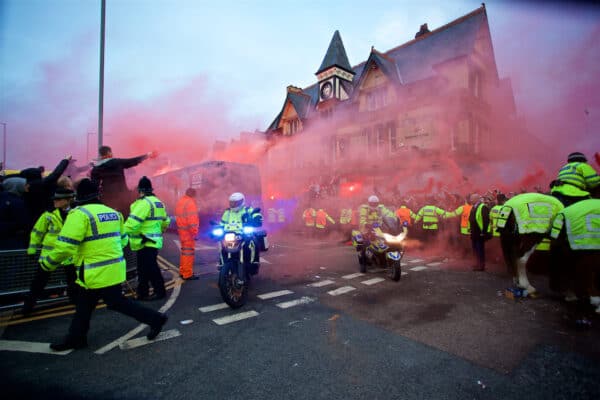 The ‘away fans’ pub’ – great to visit for some banter and a pre-match pint with away fans.

A Greene King pub that shows live sport and has an extensive food menu, you’ll find The Arkles located on Anfield Road.

A fantastic pre-match spot on Anfield Road, just two minutes away from the stadium.

There is often live music to get your singing voices in shape for the match!

One of the oldest pubs in the area, the Flat Iron is based on Walton Breck Road and is another popular spot before and after a game.

It’s a favourite among locals and shows lots of other live sport.

Based on Blessington Road, Anfield, the King Harry has been a regular spot for Anfield matchgoers for many years.

It generates an excellent atmosphere on matchdays, often packed out with Reds who enjoy a sing-song before a game.

The Grove is situated around a mile away from Anfield, on Breckfield Road.

It’s an ideal pub if you don’t have a ticket, with a large beer garden and TVs inside as well as a big screen outside.