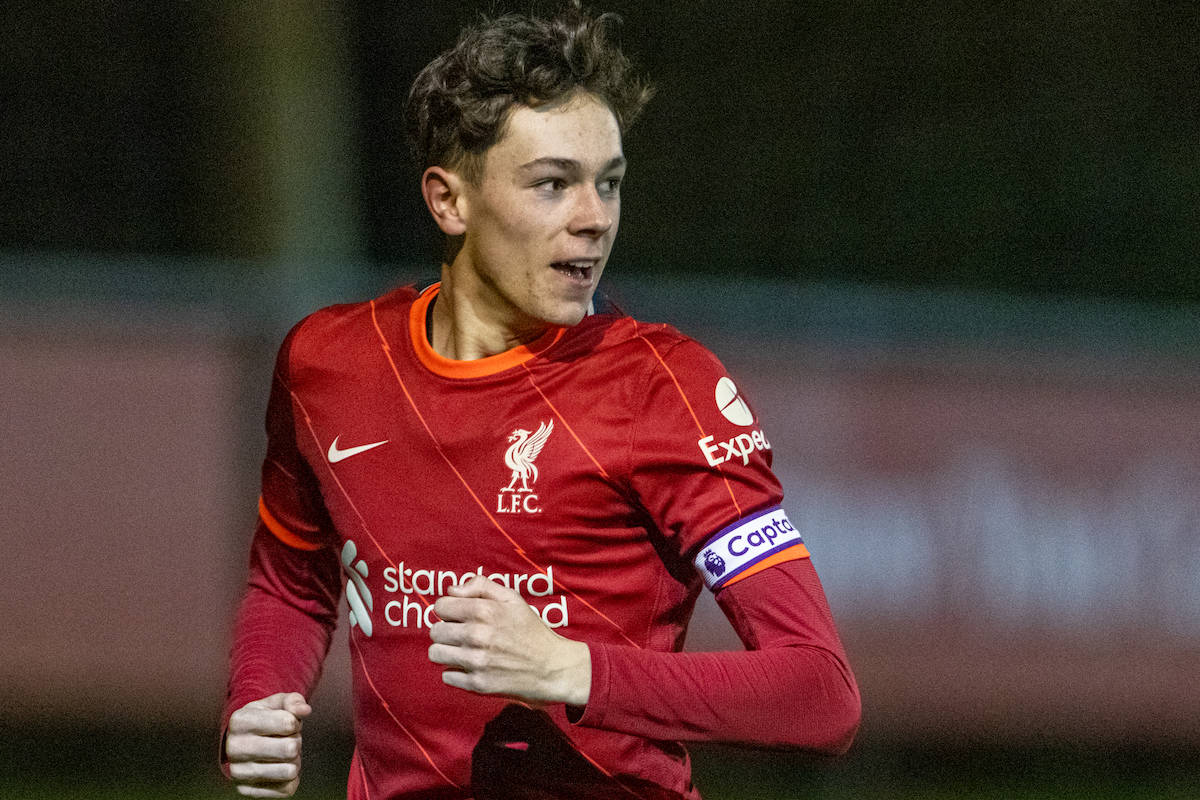 Liverpool are back for the first day of pre-season at the AXA Training Centre, with 18-year-old Luke Chambers a surprise inclusion to the first-team squad.

The first group of Liverpool players are back in Kirkby and undergoing fitness tests for day one of pre-season, with those to report back split into groups.

New signings Fabio Carvalho and Calvin Ramsay were part of the first group to be put through their paces along with Luis Diaz, Jordan Henderson, Joel Matip, James Milner, Joe Gomez, Alex Oxlade-Chamberlain and Harvey Elliott.

Later in the day, the second group were checked up on in the gym, with Chambers joining the likes of Caoimhin Kelleher, Nat Phillips and Ben Davies.

Eighteen-year-old Luke Chambers training with the #LFC first team this afternoon. The defender was part of the England U19 squad that won the European Championship last week. pic.twitter.com/YiKlPEMCSU

It was a surprise appearance from the teenager, who was part of the England squad to win the Under-19 Euros in Slovakia last week, but comes after praise from Pepijn Lijnders back in January.

“I hope they come with us to pre-season, because that’s really important, that they first come to a proper pre-season, four, five weeks of training with us, to know exactly how we want to do things.”

Chambers has turned down the offer of a post-season holiday in favour of a big opportunity with the senior squad, who are still without 11 key names for the rest of the week.

Having only turned 18 two weeks ago, Chambers was one of the youngest players in the England U19s group, and unsurprisingly will be among the youngest to train under Jurgen Klopp this month.

He was a regular starter for the Liverpool under-18s last season, often wearing the captain’s armband, and also featured for the under-19s in the UEFA Youth League and the under-21s in the EFL Trophy.

The youngster showed his flexibility by switching between left-back and centre-back, though his long-term future is likely to be as a full-back.

There is even a chance he plays in the opening friendly of pre-season, with neither Andy Robertson nor Kostas Tsimikas expected to be involved in the meeting with Man United in Bangkok on July 12.

It would be a big test for Chambers, but there is clearly faith within the senior setup that he can step up and perform.