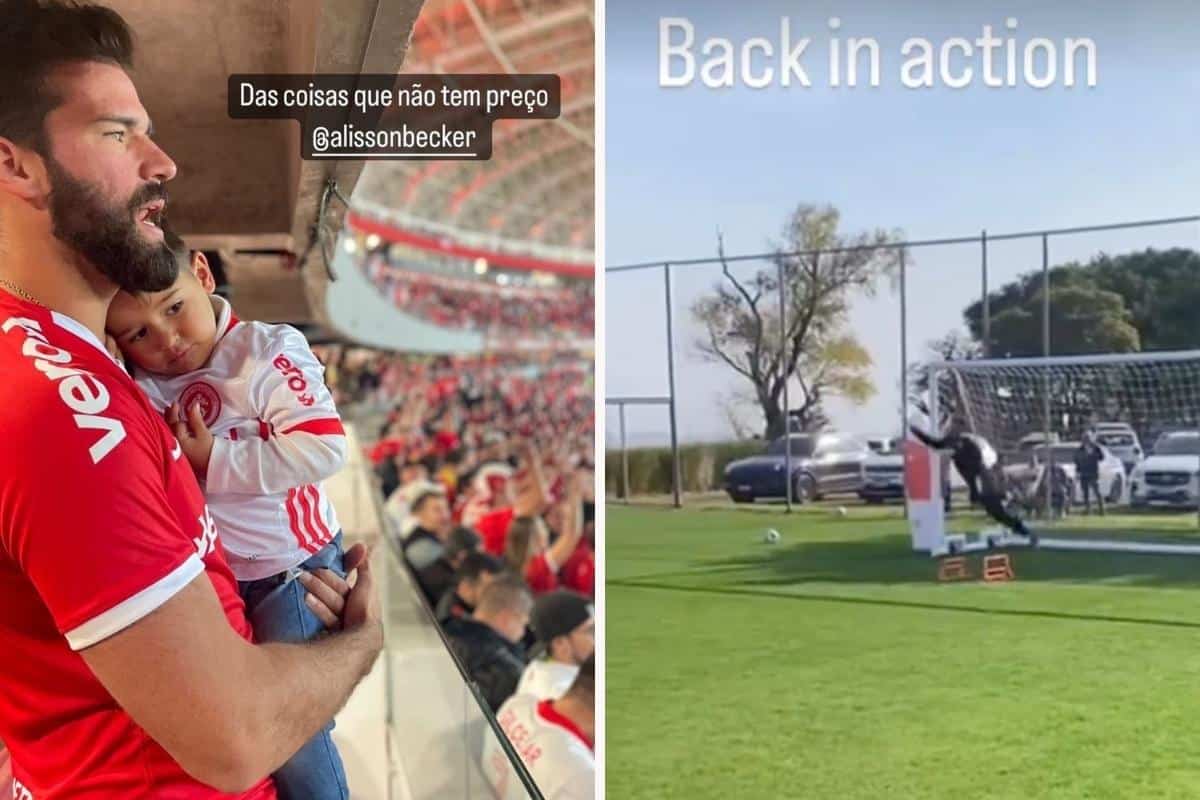 Though Alisson is due to join up with the Liverpool squad to kick off pre-season later this week, the goalkeeper is already training with one of the club’s coaches.

Alisson was part of the Reds cohort to be granted an extended break following post-season internationals, and the 29-year-old has made the most of his time with family.

Most recently, he has taking in a trip around Rio Grande do Sul, including a ranch in Lavras do Sul, 220 miles from his hometown of Novo Hamburgo.

But eager to get back up to speed, Alisson is now back in goalkeeper training as he gears up to join the Liverpool squad for the pre-season tour of Asia.

In a series of videos shared to his Instagram story, the No. 1 can be seen working with Reds goalkeeping coach Claudio Taffarel at the training ground of Serie A side Internacional.

Alisson joined AS Roma from Internacional in 2016, having come through the ranks of the Porto Alegre club from the age of 10.

In the clips on Instagram, Taffarel appears to be putting Alisson through the usual fast-moving drills designed to test a goalkeeper’s agility, with a variety of saves made in quick succession.

It continues the close relationship shared between the pair, with Taffarel brought to Liverpool in November on Alisson‘s recommendation.

So it would seem now, then, that Taffarel is also being utilised to keep Alisson in top shape in an informal start to pre-season for the pair.

Following their session, Alisson took in Internacional’s 4-1 victory over Colo-Colo in the last 16 of the Copa Sudamericana on Tuesday night.

Joined by his wife Natalia and their two children, Alisson enjoyed the win from the stands at the Estadio Jose Pinheiro Borda, with goals from Alan Patrick, Edenilson, Alexandre Zurawski and Pedro Henrique.

While he was wearing the red of Internacional on Tuesday, he will soon be back in the red of Liverpool, as he and Taffarel rejoin the club this weekend.