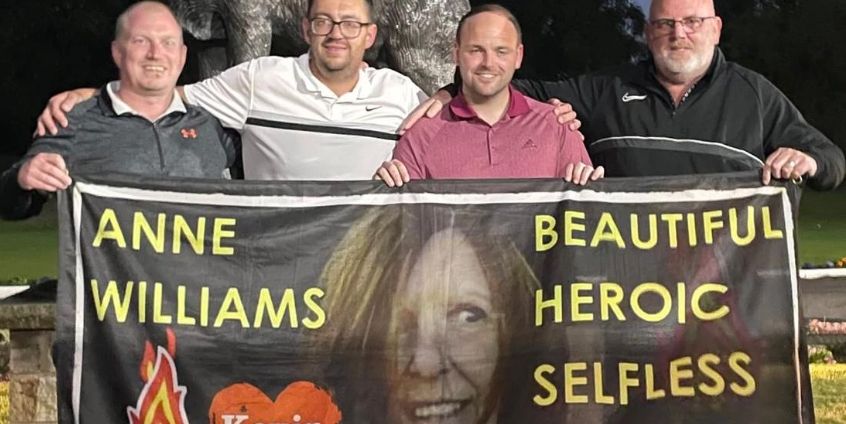 Anne Williams is nothing short of a Liverpool icon after the tireless work she put in to fighting for justice and the truth, following the Hillsborough Stadium disaster in 1989.

After the death of her son Kevin at the game, Anne dedicated her life to ensuring the true events of what happened in Sheffield 33 years ago came out in the public domain.

Although the justice hasn’t followed, the truth was revealed and it has been categorically confirmed that the events on that fateful day were not because of the actions of Liverpool supporters.

READ MORE: (Video) ‘Back in action’ – Alisson Becker back on the grass as he starts his pre-season preparations in Brazil

In honour of the hard work and love shown by the famous Merseyside Mum, a golf day has been held annually in her honour.

The club reported on the latest event: ‘Rocked by Anne’s passing in April 2013, Ste, along with fellow fans Andy Hudson, Sean O’Reilly-Doyle and Gareth Penman, organised the first golf day in her memory.

‘From humble beginnings, the day has grown to include 80 players and 25 caddies, with 140 people flocking to the evening’s celebrations’.

It’s important that we learn and take lessons from the past and by celebrating the life of the activist and campaigner, the world will become a better place.

To lend your support, you can make a donation to the Anne Williams Golf Day here.