Can we now bury the COVID-19 conspiracy theories?

For those with a scientific mindset, the release of the World Health Organization’s (WHO) 300-plus-page report into the origin of the COVID-19 pandemic and its findings came as no surprise. The report concluded that the virus was most likely transmitted from a bat or pangolin to human beings through an intermediary animal, but possibly directly.

The big question surrounding the WHO report however is not the science, but whether the report will do anything to mitigate the spread of conspiracy theories regarding COVID-19. Must we continue to endure the “lab leak” conspiracy theory pedaled by significant figures like Donald Trump, and former director of the U.S. Centers for Disease Control and Prevention (CDC) Robert Redfield, who as of this March was still proliferating these “hypotheses” with zero supporting evidence?

By contrast, Peter Daszak, one of the WHO team members, noted that, “We were allowed to ask whatever questions we wanted, and we got answers…the only evidence that people have for a lab leak is that there is a lab in Wuhan.” 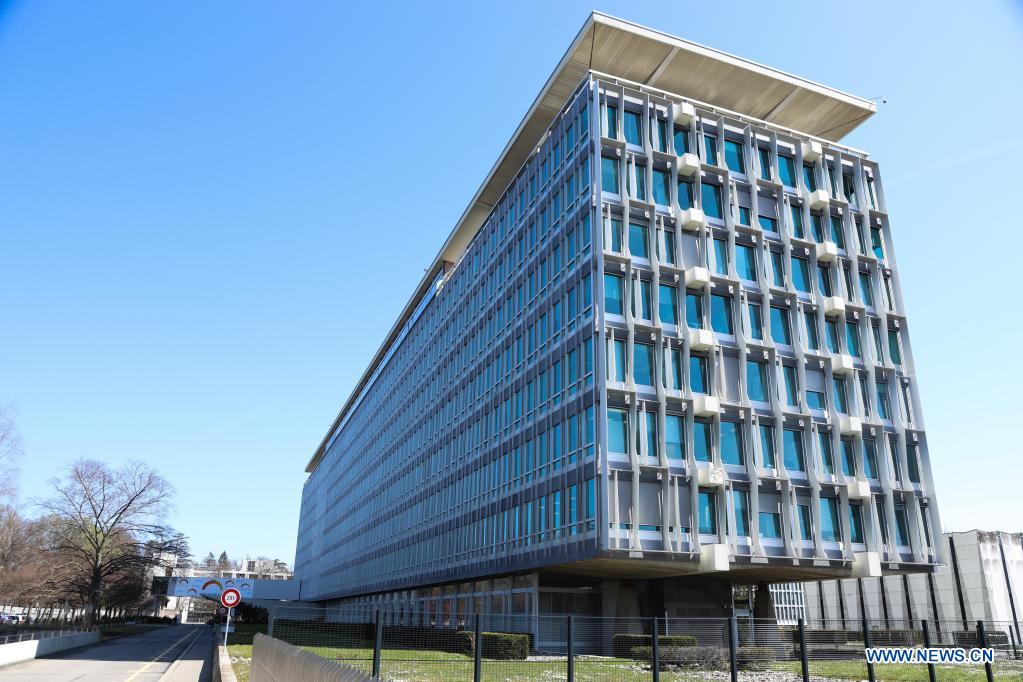 The headquarters of the WHO in Geneva, Switzerland. /Xinhua

So is that enough to put this idea to bed, pretend to be convinced by the scientific method and follow the most convincing evidence? Not if you are one of the countries that signed a joint statement reflecting the depths of madness to which the United States has now sunk and to which it is determined to drag its allies. Without the faintest hint of irony, the U.S.-drafted statement suggests that:

“In a serious outbreak of an unknown pathogen with pandemic potential, a rapid, independent, expert-led, and unimpeded evaluation of the origins is critical to better prepare our people, our public health institutions, our industries, and our governments to respond successfully to such an outbreak and prevent future pandemics.”

What the United States’ allies are not telling it, as they sycophantically sign onto this statement, is that the U.S. had the highest level of preparedness in terms of advanced warning about the emerging COVID-19 pandemic, yet delivered the world’s worst results.

Amusingly, Norway was one of the signatories of the joint statement in a week where its Norwegian University of Science and Technology released an advisory to its students to return home. The university noted that this advice “applies especially if you are staying in a country with poorly developed health services. This also applies for countries with poorly developed collective infrastructure, for example the USA.”

If you have a scientific mindset, the WHO report is an encouraging one. There remain unanswered questions like the exact link between animals and humans, the role of markets, and the possible spread of the virus through cold-chains, including frozen food.

Nevertheless, the WHO remains committed to further investigation with Director-General Tedros Adhanom Ghebreyesus noting that, “This report is a very important beginning, but it is not the end.”

So can the report mark the end of the conspiracy theories? Of the many lessons learned during the COVID-19 pandemic, an important one is that while there is any mileage remaining in Sinophobic narratives, they will continue to be perpetuated by political actors at the highest levels, science be damned.