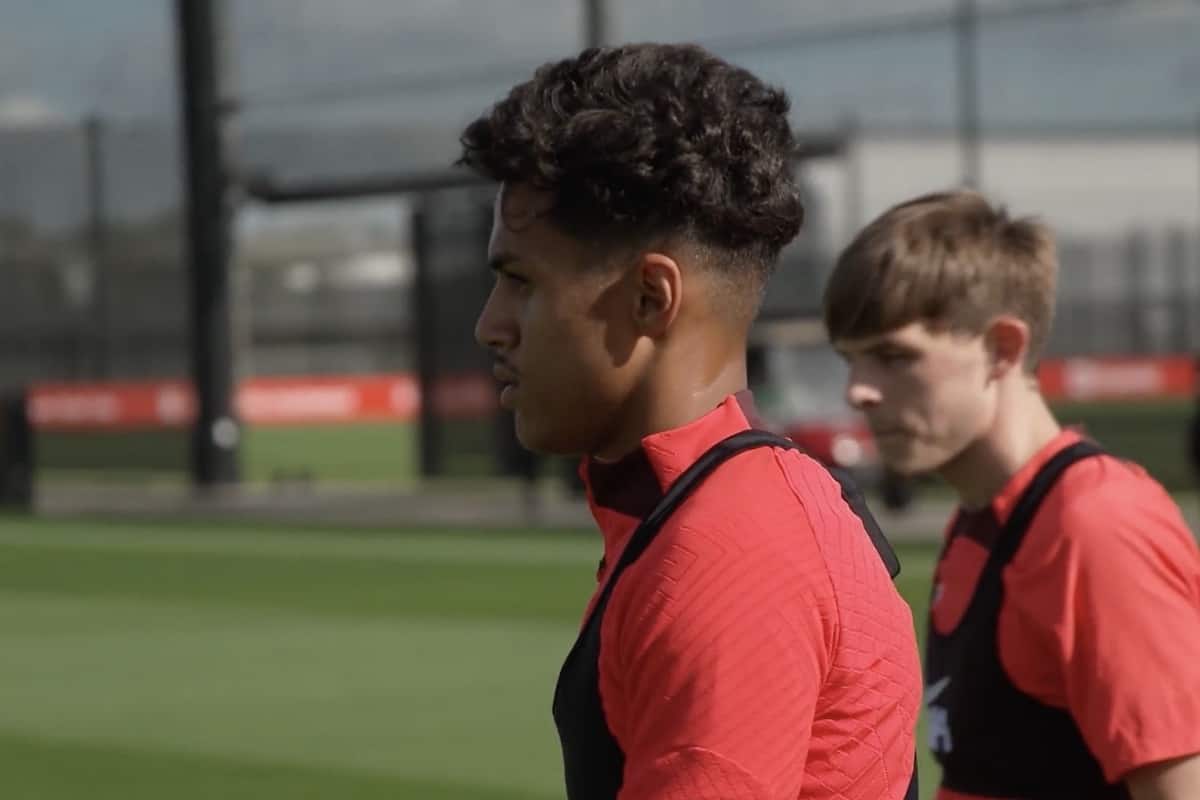 Fabio Carvalho is halfway through his first week as a Liverpool player, and has already been wowing his new team-mates with his quality on the training pitch.

Carvalho was officially unveiled at the AXA Training Centre on Sunday, and was back the following day for the first day of pre-season at his new club.

After undertaking the lactate test in the gym on Monday, the 19-year-old was able to begin ball work with many of his team-mates on Tuesday, with rondos, small-sided game situations and pressing drills on the agenda.

It is clear from the footage provided by LFCTV in these early days of pre-season that Carvalho will have no trouble adjusting to the tempo at Liverpool.

And Rhys Williams, who is part of the Reds’ squad for the summer warmup, is among those to have praised the youngster’s initial impact.

“I think everyone that the club has signed is going to have a massive impact for us.” 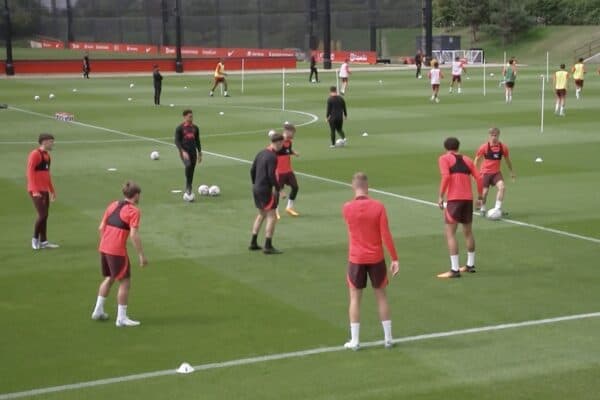 Carvalho is one of three new signings at Liverpool this summer, along with 23-year-old Darwin Nunez and 18-year-old Calvin Ramsay, while Sadio Mane, Takumi Minamino and, soon, Neco Williams are among the departures.

It brings a necessary change to the ranks ahead of a new campaign, and while Alex Oxlade-Chamberlain‘s situation in itself remains unresolved, he believes the likes of Carvalho can have a positive impact.

“I saw a few little bits from him at Fulham last year, and from guys I know there, they all speak very highly of him.

“I’m sure we’re going to see him learn from a lot of the boys round here as well and settle in.

“Just any new faces like that, it breeds the competition for places and a bit of excitement – something new, something fresh.

“It sort of makes everyone stick it into the next gear to impress and to make sure the standards stay high. It’s a good thing, always.” 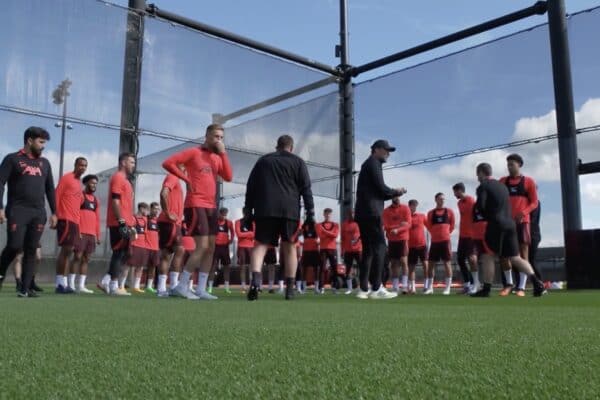 There has been a clear emphasis on youth in the club’s recruitment process in recent transfer windows, with Luis Diaz, 25, Ibrahima Konate, 23, and Diogo Jota, 25, part of a new generation at Anfield.

Twenty-one-year-old Williams, who could still be retained as fifth-choice centre-back, can see that playing a big part in the season to come.

“There’s a lot of younger lads knocking about now,” he added.

“There’s Harvey, Curtis is yet to come back, the two new lads that they’ve brought in are very young, well the three.

“So I think the youth are going to have a massive part to play in terms of this season, whenever that may be.”

Carvalho will be part of the Liverpool squad to fly to Bangkok this weekend, and should make his unofficial debut in the pre-season opener against Man United on July 12.