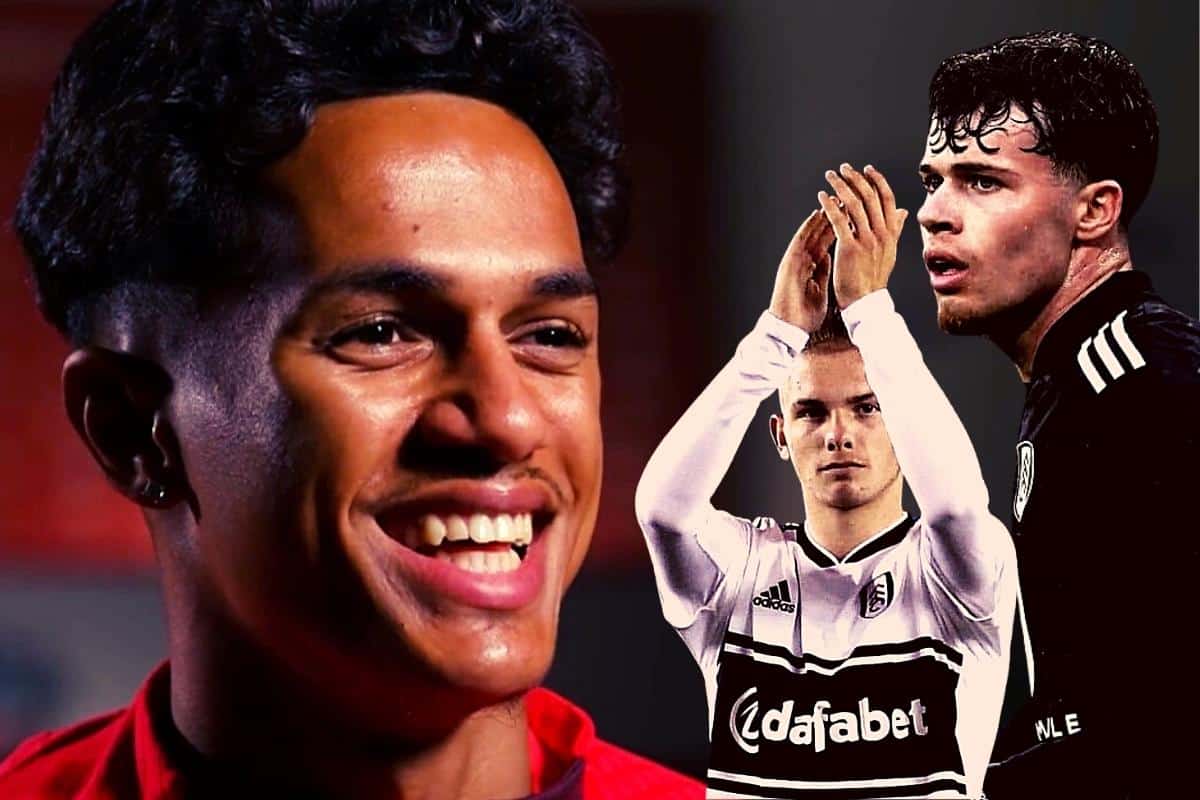 Carvalho reveals Liverpool trio he spoke to before joining

Though Fabio Carvalho says he “didn’t really need any persuading to become a Liverpool player,” the 19-year-old contacted three familiar faces before signing.

Carvalho is into his first day of pre-season training alongside his new team-mates, having been officially unveiled by the club on Sunday morning.

The teenager, who joins from Fulham in a deal worth up to £7.7 million, spoke extensively to LFCTV in his first interview since finalising his switch from Craven Cottage.

He is clearly a confident young player, who has set his sights on becoming the best in the world while at Anfield, turning down a number of other sides to join the Reds.

And he arrives having received glowing endorsements from two current Liverpool players – and one who left last summer after 17 years on the books.

“I don’t think you really need any persuading to become a Liverpool player, because of how big the club is,” he explained.

“But I spoke to [Harvey Elliott] and he just said great things, the same way I spoke to Neco [Williams] and Harry Wilson.

“They’ve had nothing but great things to say about Liverpool. It’s kind of an easy decision.”

Carvalho was team-mates with Elliott at youth level, prior to the Englishman’s £4.3 million exit in 2019, while he played in the same side as Williams and Wilson throughout 2021/22.

Neither Williams nor Wilson have established themselves as regular starters at Liverpool, but clearly hold the club in fond regard having broken through the academy setup to become Wales internationals.

“I spoke with everyone, the manager, and it just felt so natural,” Carvalho continued.

“When things become natural it’s just so much easier to make a decision.”

The attacking midfielder, who has taken the No. 28 shirt from Ben Davies, added: “It’s a bit of cliched thing to say, but from the outside I can see it as like a big family.

“Even when things don’t go too well, everyone just seems like they stick together.

“With all that included, it just helps players individually, especially young players, so I’m looking forward to that.”