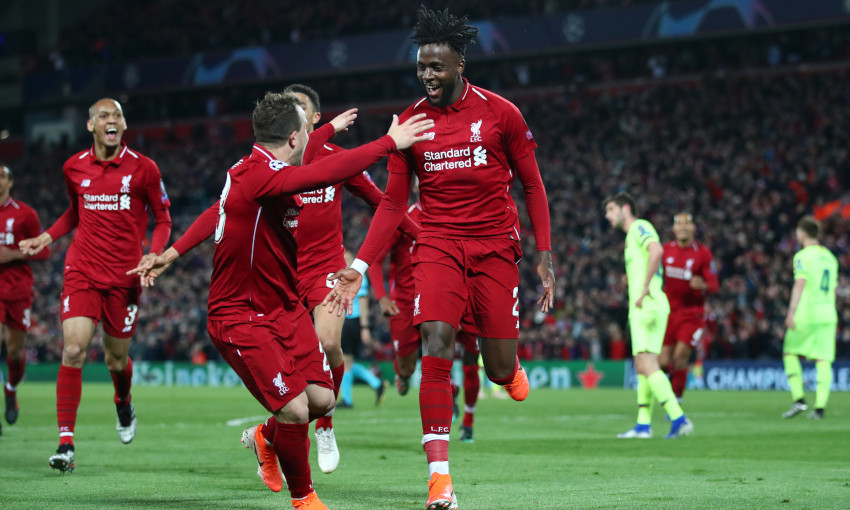 Divock Origi’s iconic finish against Barcelona has been voted Liverpool’s greatest goal in its 130-year history.

The Belgian’s second strike in the famous 2019 Champions League night at Anfield claims the honour following a supporter poll on Liverpoolfc.com.

The Trent Alexander-Arnold-assisted goal – widely remembered with its commentary from Steve Hunter, ‘Corner taken quickly… Origi!’ – sealed a 4-0 victory for Jürgen Klopp’s side in the second leg of the semi-final and a spot in the Madrid final, which produced European Cup No.6.

As part of the club’s 130th anniversary celebrations, we dug through the broadcast archives to pick out the Reds’ 130 greatest strikes.

Entries 130-11 were ranked by a panel based on the goal’s quality, importance, iconic status and lasting legacy.

The top 10 were then put to a vote – the results of which were revealed on Friday.

Origi’s effort against Barça claimed first place as Steven Gerrard took second and third with his goals in the finals of the 2006 FA Cup and 2005 Champions League respectively.

Enjoy the top 10 of LFC’s greatest 130 goals in the video above.