Divock Origi’s departure from Liverpool has long since been confirmed but his new chapter has only just been revealed.

It was known for a while that his next destination would be AC Milan but now that the move has been rubber stamped, some of the Belgian’s former Anfield teammates have sent messages of love and support to him.

There are plenty that are available to view on his Instagram account but here’s a selection of the best:

It’s testament to the role that the 27-year-old had within the squad that so many of his mates jumped to send him messages.

With the public comments being turned off on the social media account, it’s a shame that there isn’t a platform that our fans can also send their messages to the former No.27.

One thing that is for sure though, if he does return to Merseyside with the Italian club at any point, he will always be afforded a huge ovation at the place he called home for eight years. 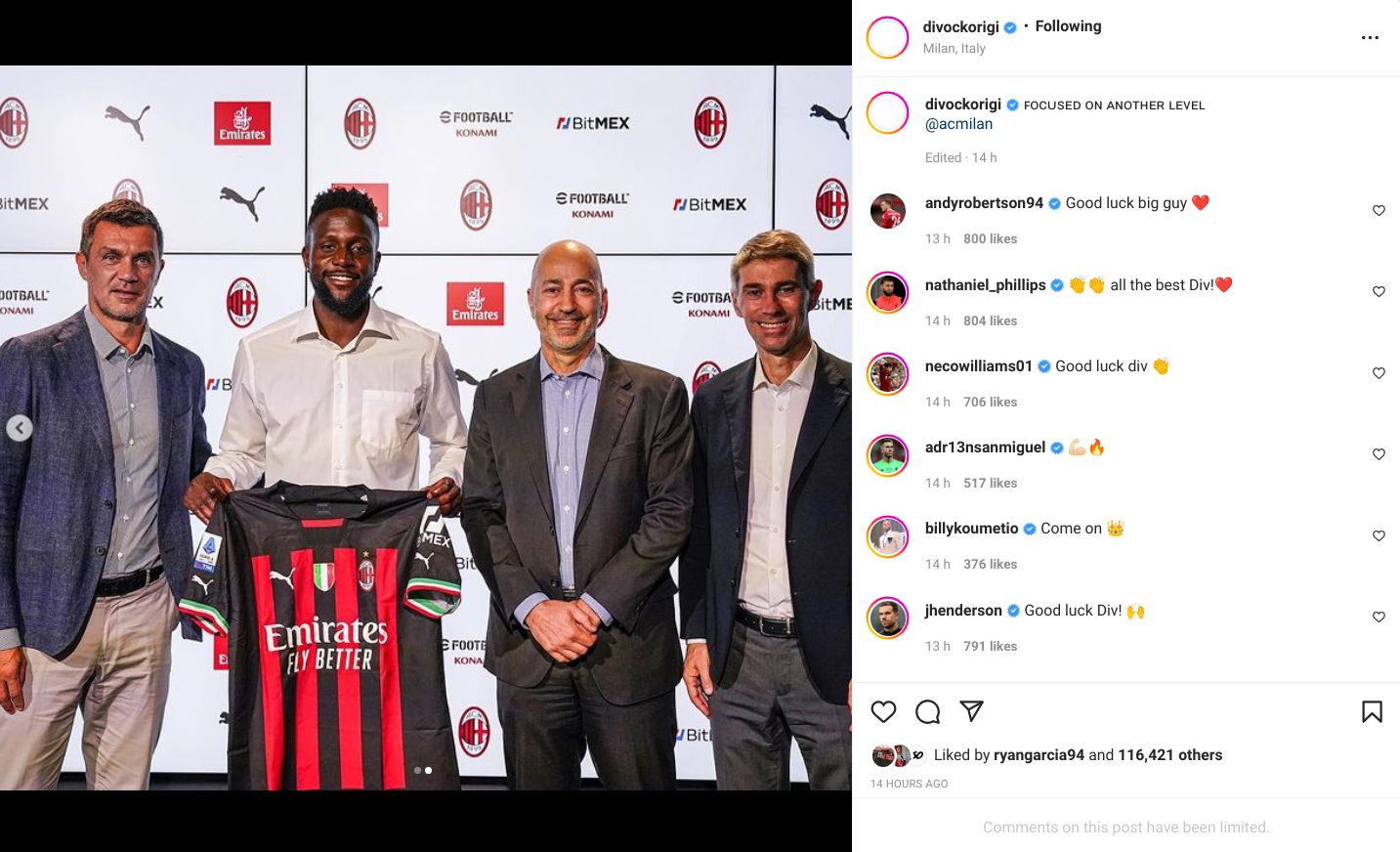