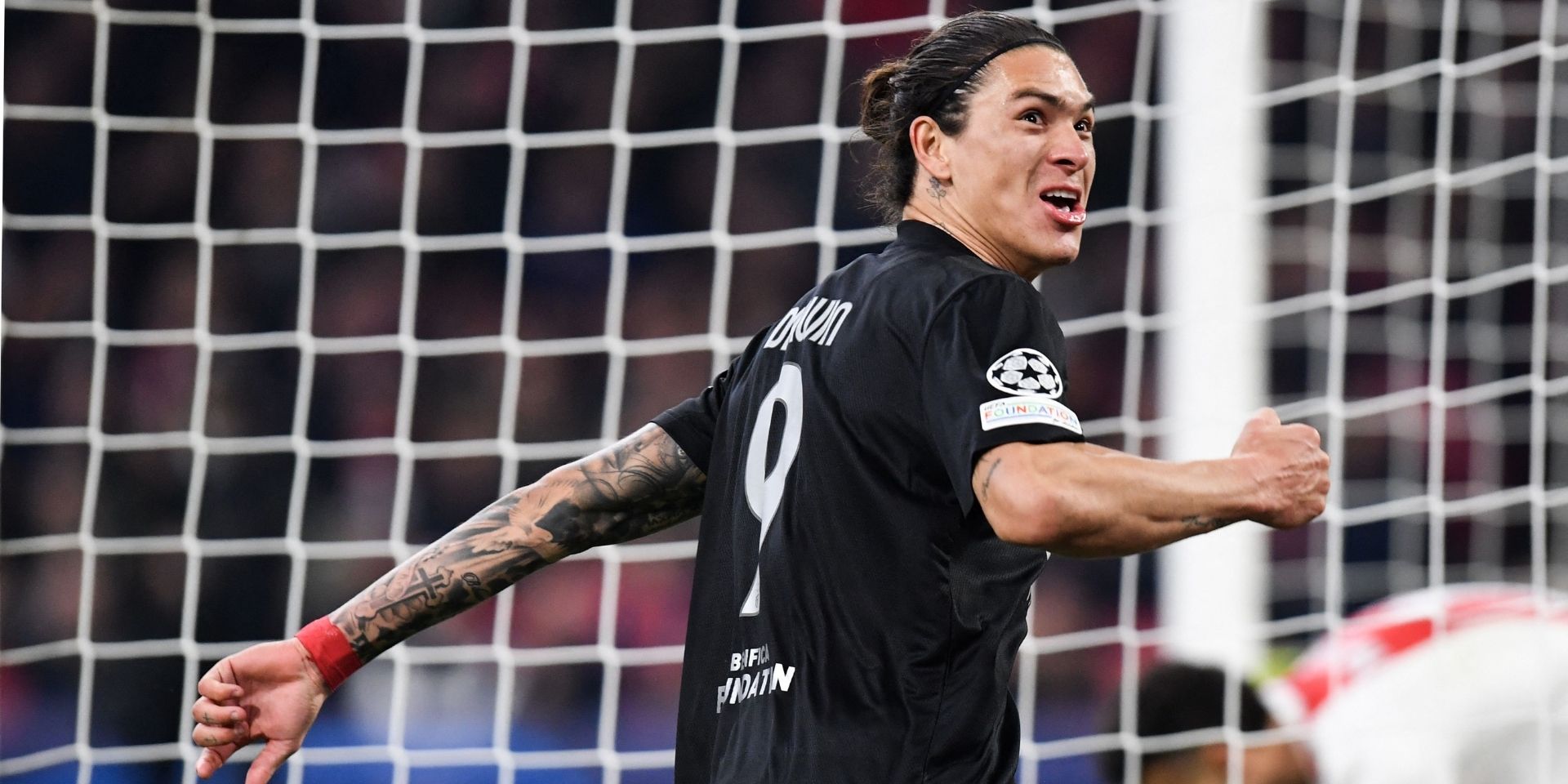 It was quite a year for Darwin Nunez and after 38 goal involvements in 41 games, he’s been named as the best in Portugal.

As reported by Liga Portugal on their Twitter account: ‘If there are any doubts, its name clarifies: DAR 𝗪𝗜𝗡 🫡

‘He was the top scorer, won a place in the eleven of the year and now occupies the throne as MVP of #LigaPortugalbwin 🏆👏’.

READ MORE: ‘He’s had us waiting!’ – Alex Oxlade-Chamberlain on his joy that Mo Salah ‘got what he wants’ and signed a new contract

It’s not a very well concealed secret that Liverpool like to scour the Portuguese market for players and through Luis Diaz and our new No.27, we have picked possibly the two best in the past season.

If the country can continue to nurture and produce talent that is available at a lower price than some of the other more prestigious European leagues, then why not continue to cherry pick the best players?

Let’s hope that both stars from the Primeira Liga can shine on their first full campaigns in England.

You can view the Nunez announcement via @ligaportugal on Twitter: