The Everton man claimed that our boss had moaned so much that the league were forced into pandering to his whim, by introducing more subs to each match.

This reaction was met with backlash by many Liverpool supporters (understandably) and one ex-Red has now had his say on the comments from the 30-year-old.

READ MORE: (Video) Curtis Jones and Anthony Gordon train together before their pre-season begins back on Merseyside

Taking to his Instagram stories, Jose Enrique said: ‘It is true that big clubs have better benches but they don’t have better starting 11 as well? If you want to enjoy the best player as much as we can they need to have more rest and 5 subs will help with that.

‘It doesn’t really (break the flow of play) because you can make 5 subs but in 3 times. So for example 2, 2 and 1. So the time is exactly the same as it is now if you make the 3 changes’

The comments are so ridiculous from the former Crystal Palace man that they don’t really deserve any more comments.

Our boss has only ever wanted to look after players by reducing the amount of game time they are forced to play, that is apparently a bad thing.

You can view the comments from Enrique about Townsend via his Instagram stories: 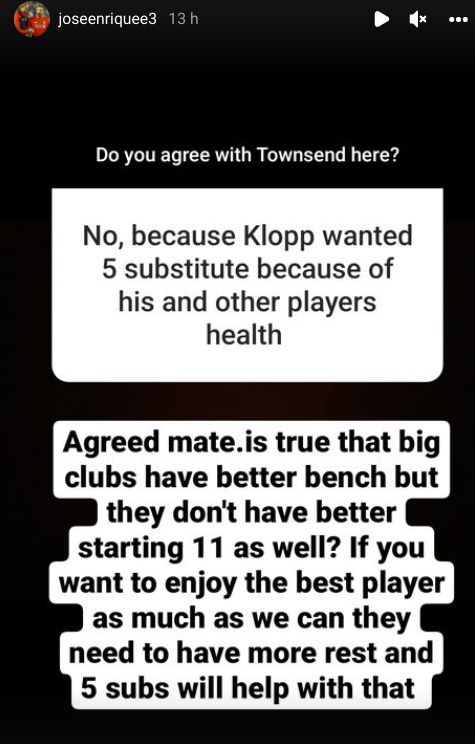 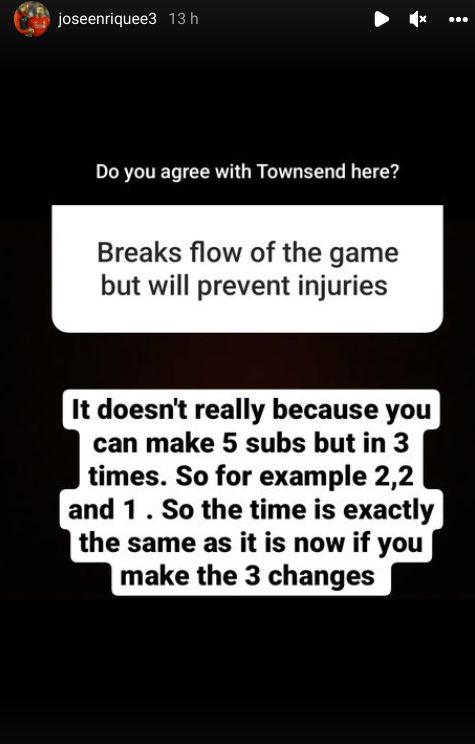