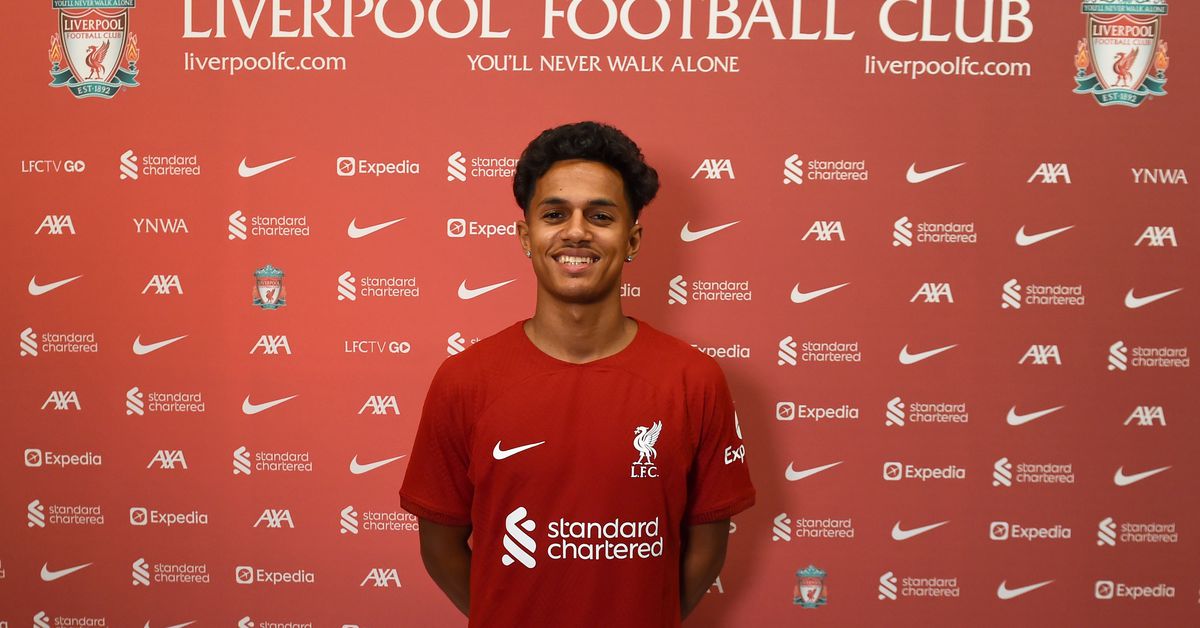 19-year old Portuguese winger Fabio Carvalho was officially announced as a Liverpool player today. The youngster made the move from Fulham to join Calvin Ramsay and Darwin Nunez in Jurgen Klopp’s squad.

“Once you hear that Liverpool are interested, there’s only one thought in your mind, which is to join them and try to be in and around the team. Hopefully I can achieve big things”, said Carvalho speaking to liverpoolfc.com.

“I spoke with everyone, and the manager, and it just felt so natural. When things become natural it’s just so much easier to make a decision.”

He will wear the number 28 shirt, which has previously also been worn by Steven Gerrad, Danny Ings, and Stephen Warnock.

Carvalho was named in the Championship’s Team of the Year in 2021-22. He scored eight goals and 10 assists, helping Fulham win the title.

Prior to Fulham, he spent time at Portuguese club Benfica, Nunez’s former club, and London-based club Balham. Liverpool signed him for £5 million, which could rise to £7.7 million with add-ons.