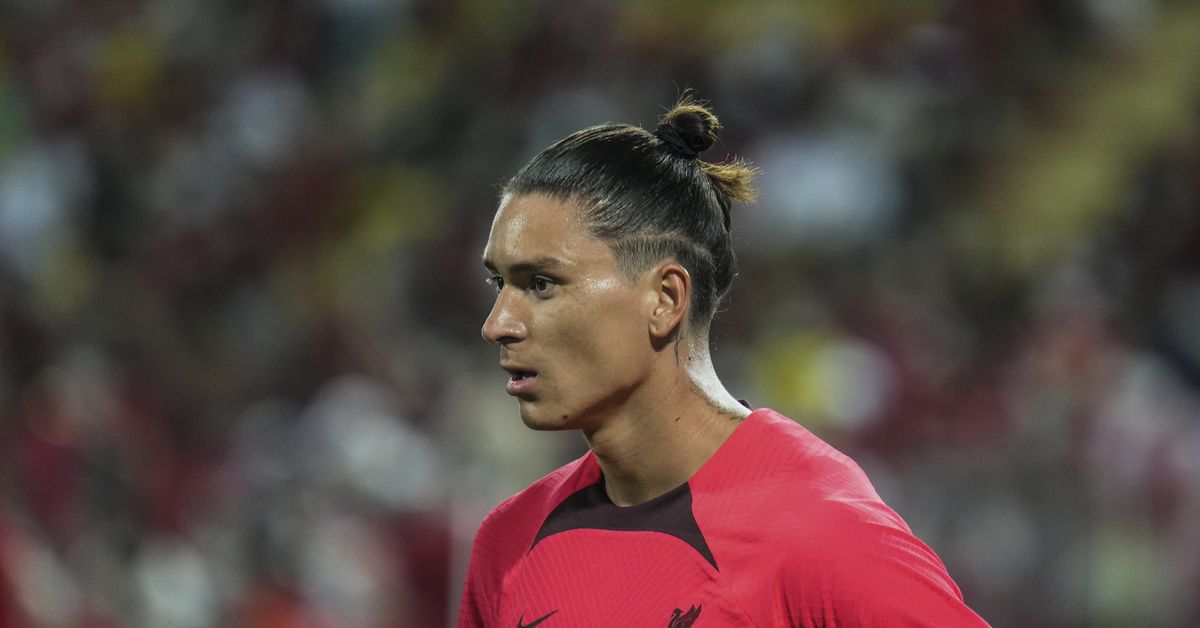 Though tomorrow’s pre-season friendly against Manchester United comes a bit too soon for Diogo Jota, new signing Darwin Núñez should be on show — though tuned-in fans on social media might have suffered a scare in the buildup to the Reds’ summer work.

Yesterday, the Liverpool Echo’s Ian Doyle captured a shot of Núñez sidelined and getting medical attention on his foot while in training:

Luckily, however, it proved likley to be a false alarm: the forward had picked up a blister, a pre-season injury all of us can probably relate to.

Either way, the forward has since seemed fine:

As it stands, Liverpool supporters should expect to see Núñez suit up for Liverpool against Manchester United on Tuesday.