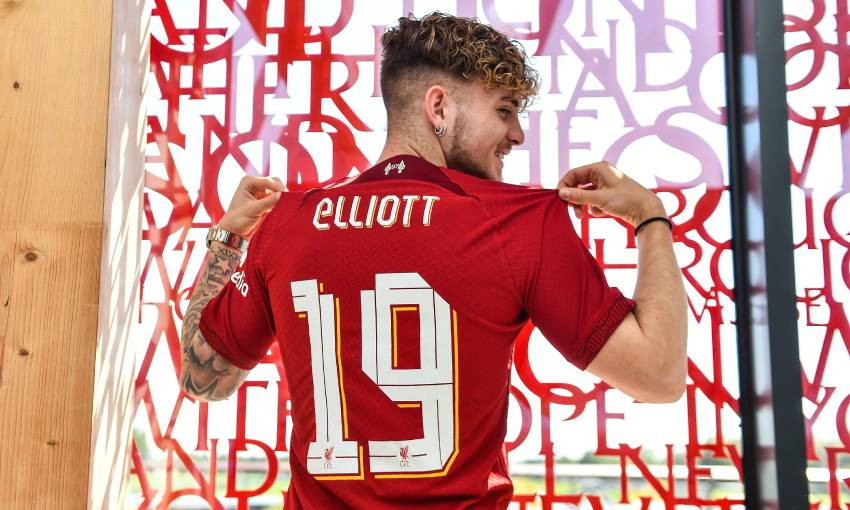 Harvey Elliott to wear No.19 shirt for new campaign

Harvey Elliott will wear the No.19 shirt for Liverpool from the start of the 2022-23 season.

The England U21 international has decided to switch from his previous number, 67, which he claimed following his arrival at the Reds in the summer of 2019.

Elliott now takes up the squad number that was last occupied by Ozan Kabak during his loan spell from Schalke 04 in the second half of 2020-21.

Sadio Mane before his move to No.10, Stewart Downing, Ryan Babel and Fernando Morientes are also among those to have worn the shirt for the club in the Premier League era.

Explaining the reason for the switch, Elliott told Liverpoolfc.com: “Obviously the number became available, some great players have worn it in the past – the likes of Sadio and the list goes on.

“I think it was an opportunity to get down the ranks in terms of the numbers, and for me personally it’s a wonderful number.

“I remember having a Sadio shirt with the number 19 on it as a kid. So to be able to wear it after him, it’s a great pleasure.

“At the end of the day, a number is just a number, but it’s just nice to have a lower number. I think it’s a great opportunity going into another season.

“So, hopefully I can prove to myself and prove to everyone that I’m able to have these kind of numbers and able to perform under this kind of pressure, because it comes with it.

“I’m just so excited to put this shirt on and get playing again.”