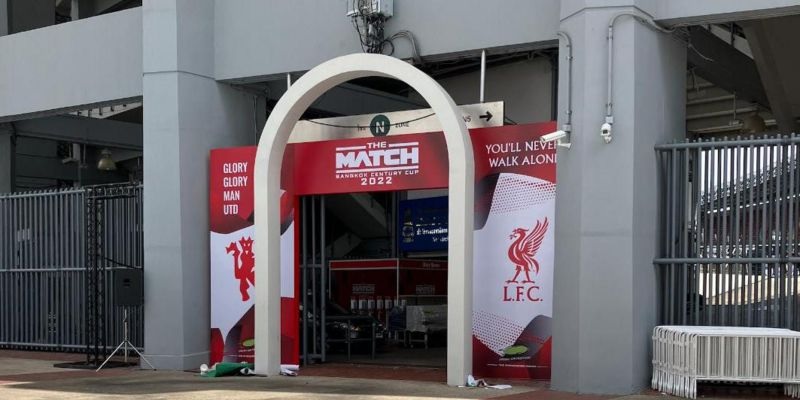 Simon Stone has confirmed a potential complication ahead of Liverpool’s upcoming pre-season meeting with Manchester United early next week.

The Reds are due to face the Red Devils on Tuesday, though could be forced to put up with a waterlogged pitch after heavy rainfall in Bangkok.

“There was a lot of rain in Bangkok last night, so I was interested to see how the pitch was holding up,” the BBC Sport reporter wrote for the broadcaster.

“There were a few dark patches – we will have to see how it holds up to both teams training on it on Monday, and then the game on Tuesday.

“There was a lot of work going on outside the stadium. I don’t think they are quite ready yet.”

It’s possible, of course, that the concern in question could clear up for the most part ahead of the Premier League rivals’ meeting.

Whilst not an ideal start to preparations – a factor that will disappoint Jurgen Klopp and his coaching staff given the importance placed on pre-season – there’s more than enough than enough time for the issue to be, hopefully, rectified and ensure that we manage to get the most out of the experience.

As is the case in competitive fixtures, we highly doubt the tie will be treated as a friendly per se and it’s sure to represent a potentially valuable trial by fire for our two uninjured new boys in Darwin Nunez and Fabio Carvalho (Calvin Ramsay was found to have sustained a ‘little injury’).