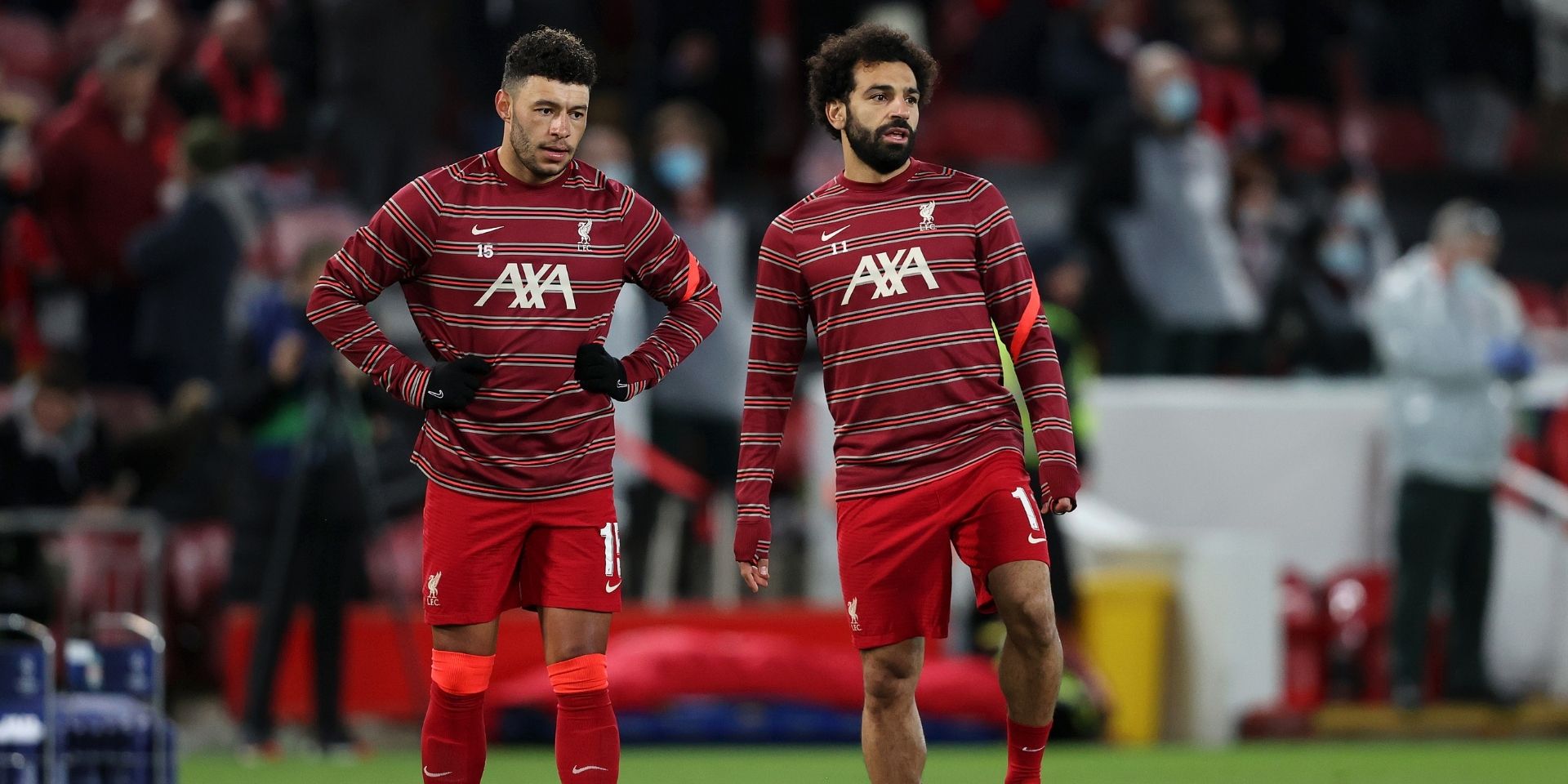 ‘He’s had us waiting!’ – Alex Oxlade-Chamberlain on his joy that Mo Salah ‘got what he wants’ and signed a new contract It was news that not just the Liverpool fans were waiting for, as Alex Oxlade-Chamberlain discussed his joy with Mo Salah signing a new contract.

Speaking with the club’s website, the 28-year-old spoke about his thoughts on the deal: ‘He’s had us waiting for a while hasn’t he!

‘I’m delighted for him, I know what he’s like as a guy. I’m sure for him to sign he is very happy being here and he’ll be very content with everything, so as a friend, I’m a good friend of Mo’s, I’m really happy that he’s comfortable and that he has got what he wants.

READ MORE: (Video) All Liverpool fans get excited as Harvey Elliott shines in pre-season training for the Reds

‘And for Liverpool it is an amazing thing for us to have someone like Mo commit his future.

‘He is one of them, he could decide how long he wants to go on for I think.

‘So it’s really good news and obviously for us as players it is exciting to have someone like that stick with us and someone we’ve shared those memories with, hopefully being able to share more with’.

It’s great that there doesn’t seem to be any envy from the rest of the players about the large wages that the Egyptian King has started to receive.

There’s also a clear belief from everyone within the club that reaching 30-year-old means nothing for the attacker and he will continue to produce the brilliant numbers and performances, we’ve grown accustomed to.

It also seems like the No.11 has a lot of friends within the dressing room, who are all more than happy to see him earn a wage that his performances have warranted.