Thiago Alcantara will reunite with his Liverpool teammates on the 4th of July and has been enjoying some family time beforehand.

Thanks to an image uploaded to his Instagram account, his 9.5 million followers were able to see a picture of himself, his wife and two kids – whilst they were enjoying their holiday.

Having also been spotted in a video that was uploaded by his partner, Julia Vigas, where the family were enjoying some fireworks, it looks like it’s been a busy break for them all.

As the Reds prepare for their pre-season tour of Thailand, Singapore, Austria and Germany this summer, the lads are enjoying the end of their time with their families.

We have the Community Shield against Manchester City too, before we begin the Premier League campaign away to newly promoted Fulham.

It’s good that they are all getting the opportunity to recharge their batteries and let’s hope that the 31-year-old is ready for another big season for the Reds. 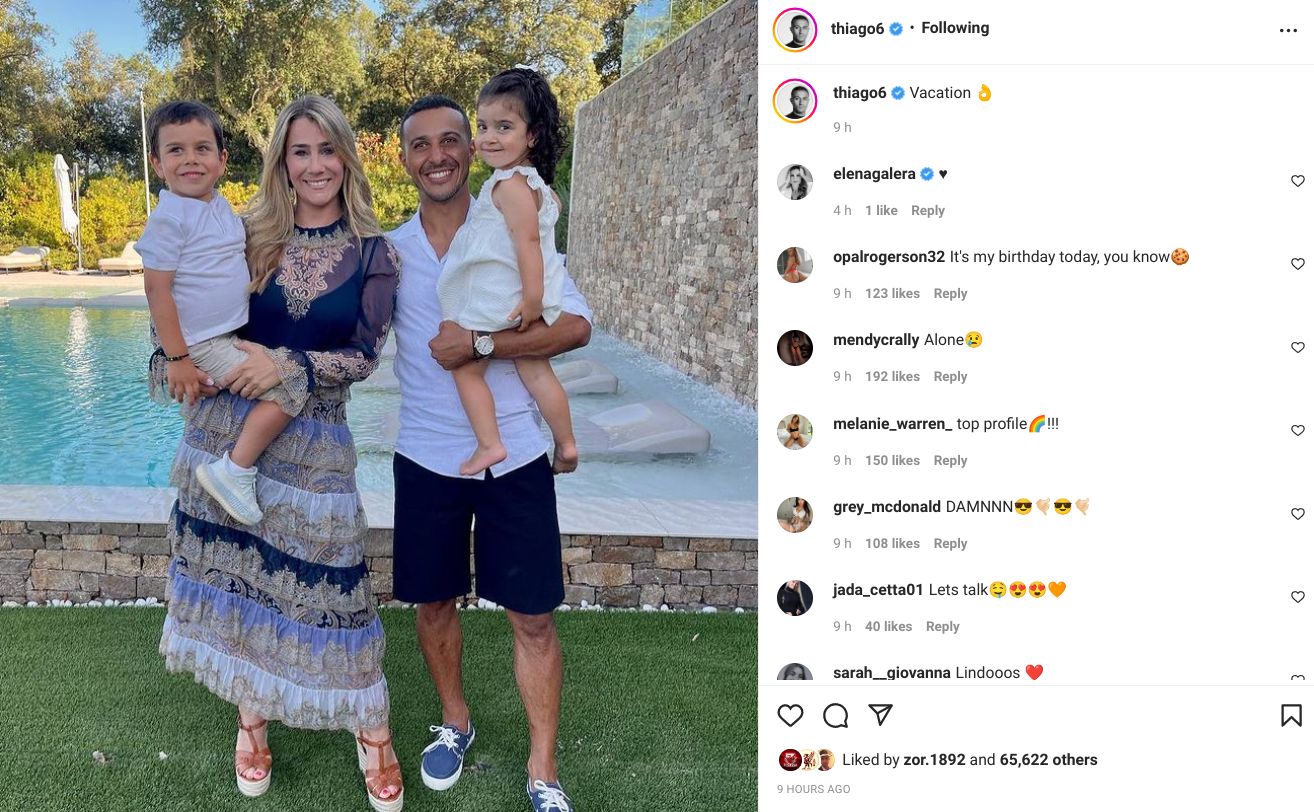