Nathan Ake was celebrating his wedding and amongst the guest list were two former Liverpool players.

As one of the guests in attendance, Dominic Solanke, played with the Dutchman during his Chelsea youth days and he uploaded a host of images to his Instagram page – alongside the caption: ‘Bros wedding weekend🤩. Good vibes with good people🤝🏾. Congrats again Mr & Mrs Ake❤️’.

In one of the images another former Red could be seen enjoying the celebrations and that was fellow Holland international Gini Wijnaldum.

READ MORE: (Image) Mo Salah uploads an image of himself playing tennis as the countdown to Liverpool’s pre-season begins

The pair posed alongside each other, whilst wearing sunglasses, and looked to be having a great time at the wedding together.

Both players represented Jurgen Klopp’s side during the 2017/18 season when we reached the Champions League final in Kyv.

Now that the duo have departed, it’s always good to see former players share a bond because of their time at Anfield and that it still evokes happy memories for them both.

You can view the image of Solanke and Wijnaldum via Instagram: 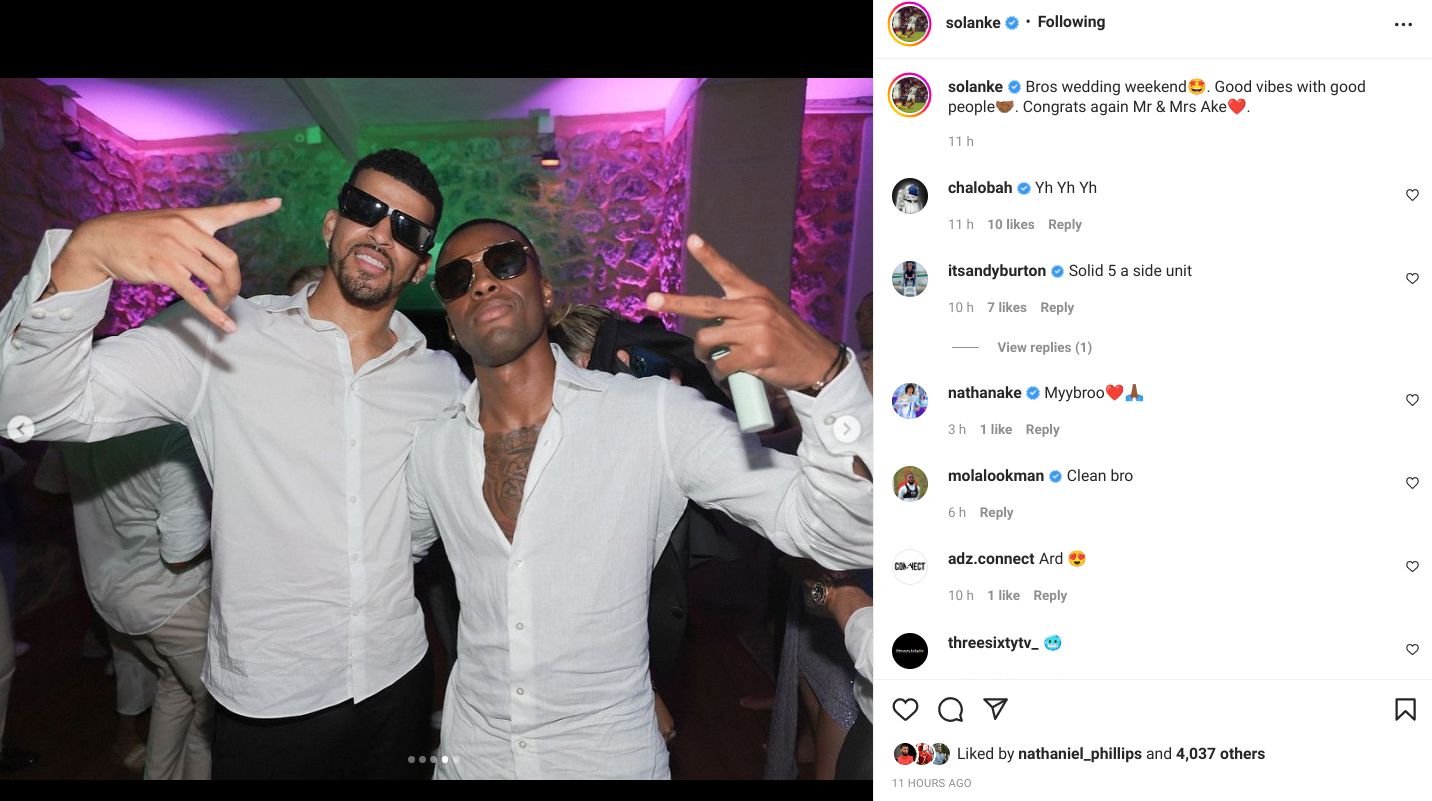