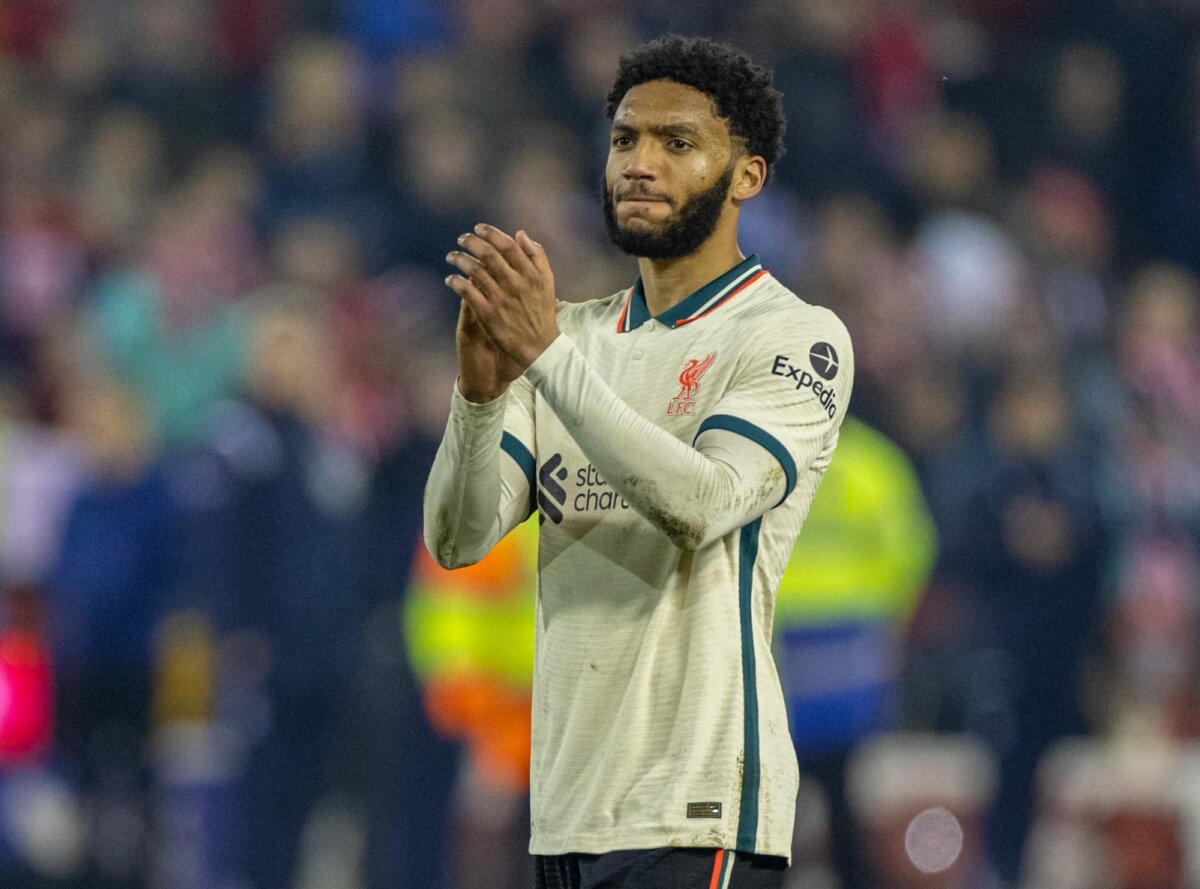 Despite signing a new deal with the Reds last week, one pundit thinks Liverpool are protecting their assets so they can get a bigger fee for him in the future.

“That might be a financial thing where getting him to sign a new contract means if somebody wants to buy him it’s going to cost them more.

“I don’t think they have given him a new contract because they see him playing more over the next four years. (Joel) Matip, (Ibrahima) Konate and (Virgil) van Dijk are all ahead of him.

“It’s more to protect themselves and say ‘If you want Gomez, it’s going to cost you a lump sum’.

“It could be a release clause but it’s more to stop him going down to one year on his contract when he will be worth less.

“If they tie him to a new contract then they can get more for him. It wouldn’t surprise me if he still left this summer for a big fee.

“He’s not going to play football (at Liverpool), there’s no chance of him getting in the England squad, he needs to move. It’s crazy for him to want to stay at Liverpool and sit on the bench all season.”

This isn’t a crazy take in my opinion. Clubs have done it with players in the past and history could be repeating itself.

However, I don’t think it’ll happen this transfer window. If Gomez leaves we’d have to replace him this summer, something I think Liverpool aren’t prepared for.

It could’ve been discussed in his new deal that if he doesn’t get the game time he wants, then he can leave for a certain price next window, which I think is quite reasonable.

Gomez is still young and has room for improvement, so clubs would definitely be interested in signing him.

Liverpool could probably get a decent fee for him, so that’s probably why they wanted to tie him down to a new deal so no clubs could sign him on the cheap next summer.

Who knows what Liverpool have planned for Gomez’s future.