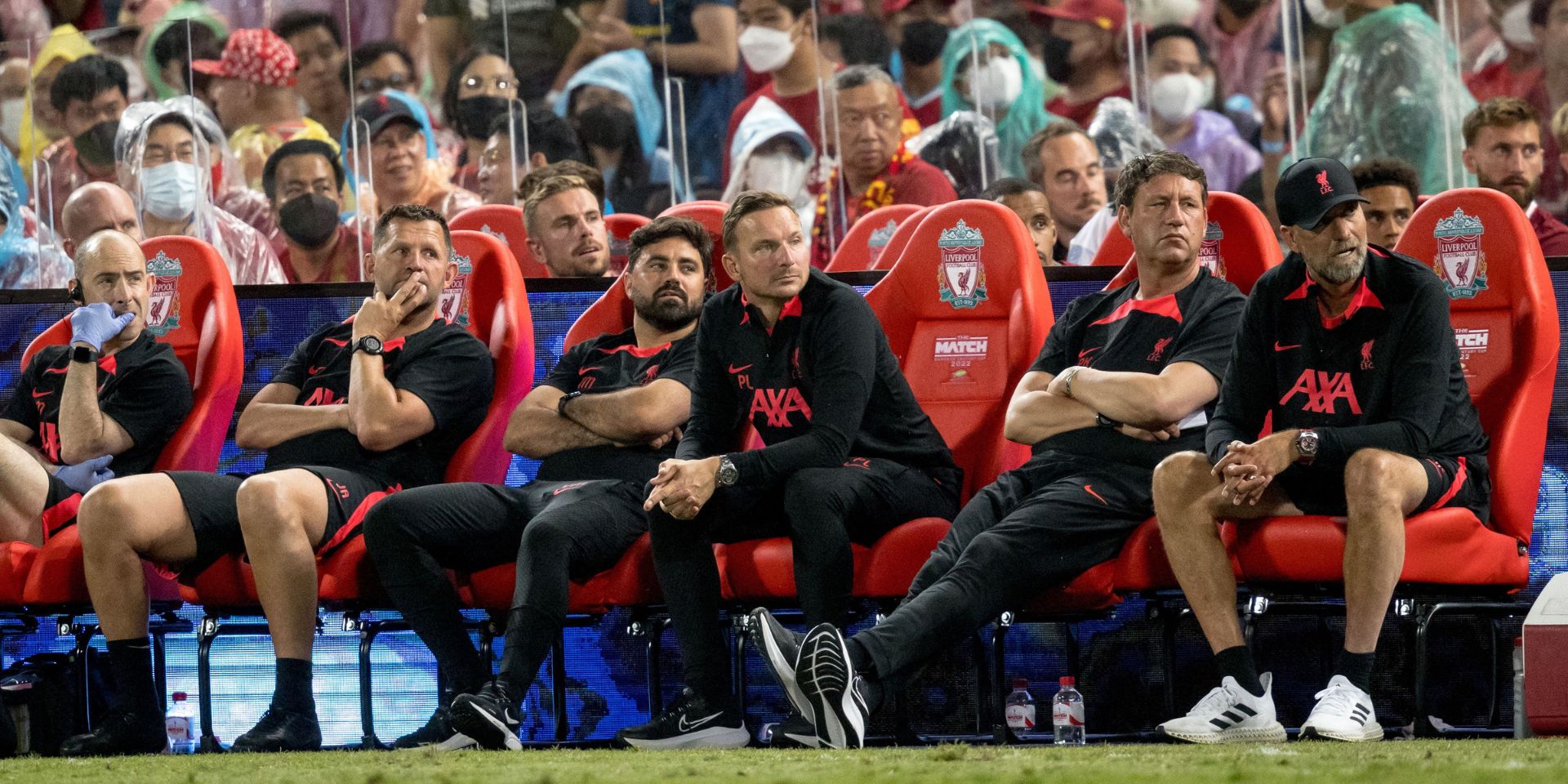 ‘It’s tough, it’s tough’ – Jurgen Klopp on the prospect of his team now travelling to Singapore for the next pre-season game Liverpool haven’t experienced a pre-season tour in the past few years due to COVID but Jurgen Klopp has had his say on the travel involved.

Speaking with the media following the game against Manchester United, the 55-year-old said: ‘It’s tough, it’s tough, but by the way for a lot of teams it is tough in these moments.

‘We were not on tours for a long time, so we do it now and from here to Singapore, I think we fly two-and-a-half hours so that should be fine. Then on Saturday we already go home again, so that’s fine’.

It’s a fine balancing act for the club as a whole, as they juggle making money, appeasing foreign fans and ensuring the players and staff are happy.

The players and coaching staff will be aware that these tours are part of being at a big club but there’s no doubting that the boss would not pick this schedule if he was in charge of the calendar.

The German will have earmarked the trip to Austria as the time when he can really get his training and coaching sorted and will ensure to work the players harder there, than anywhere else.

It’s a massive season ahead and we will want to challenge for four trophies again, let’s hope no commercial aims will detract from this pursuit.