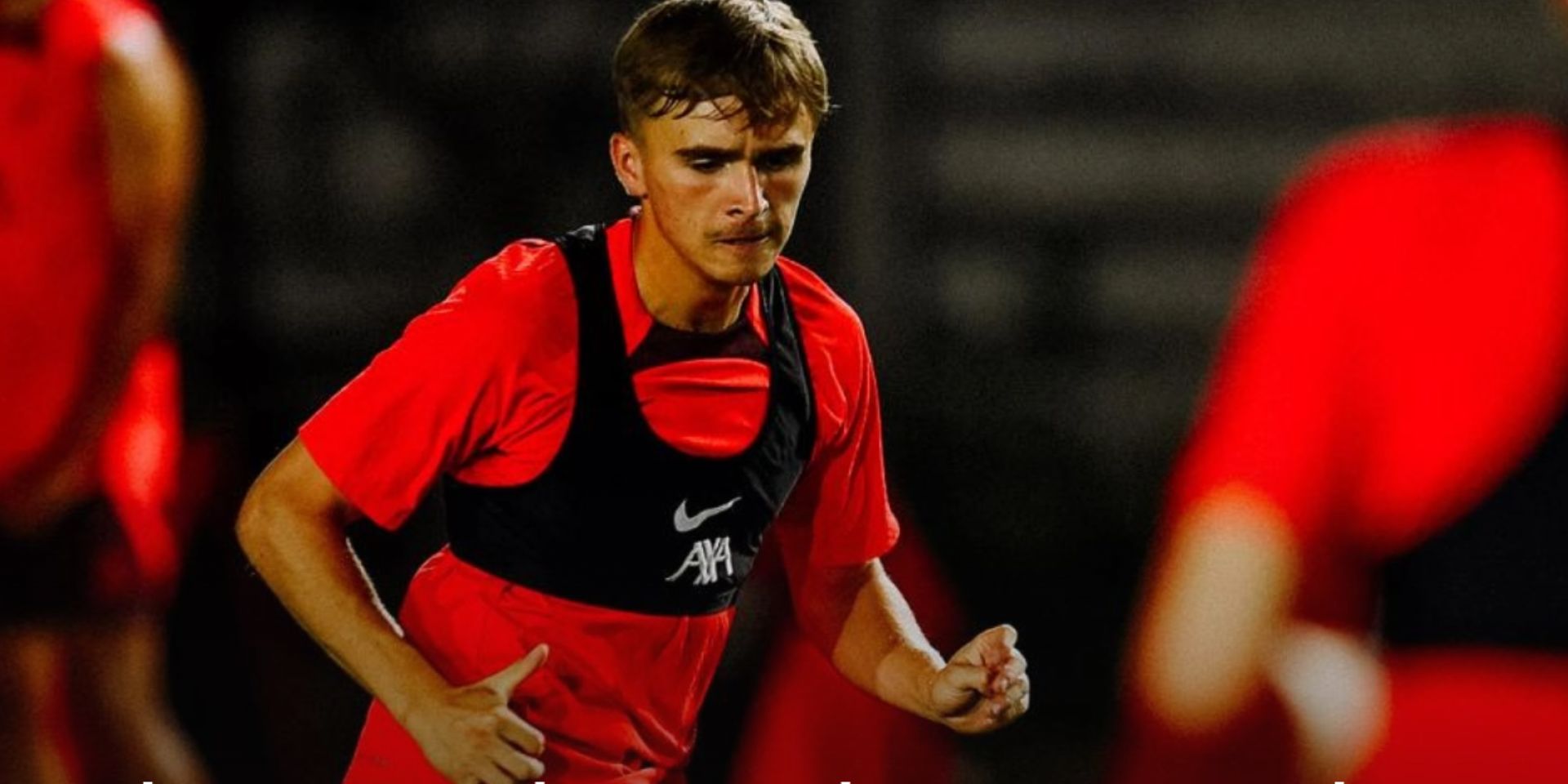 There aren’t many 21-year-old Scousers who can say they’ve played nearly 75 times for Liverpool and Curtis Jones has not let that get to his head.

Speaking with the club’s website, academy player James Norris has discussed the role of his senior teammate: “It’s still quite daunting but because you know a few more people and a few more familiar faces that makes it a bit easier, so you can speak to more people. It just eases the pressure a little bit.

“Curtis has been great with the young lads, to be fair. He’s helped us really settle in.

READ MORE: (Video) Jurgen Klopp on Jude Bellingham and what type of midfielder Liverpool ‘lack’ in the squad

“I think he’s been the link between the older lads and the younger lads because he’s in the middle, isn’t he? He’s been very good for us.”

There aren’t many who would view our No.17 as a senior player in Jurgen Klopp’s squad, because of his age and the first-team chances he has been handed as of late.

However, there is no question that any youth players coming in to join the first-team training sessions (particularly any of them from Liverpool) will look up to the midfielder.

This is a huge campaign ahead for the England Under 21 international but to hear that he is being so generous with his time and helping the younger lads, speaks volumes of the type of man that he is.

There’s no hiding that there are a few doubters within the fan base about the other Scouser in our team and this is a huge year for him to prove them wrong and earn a place in our starting lineup.