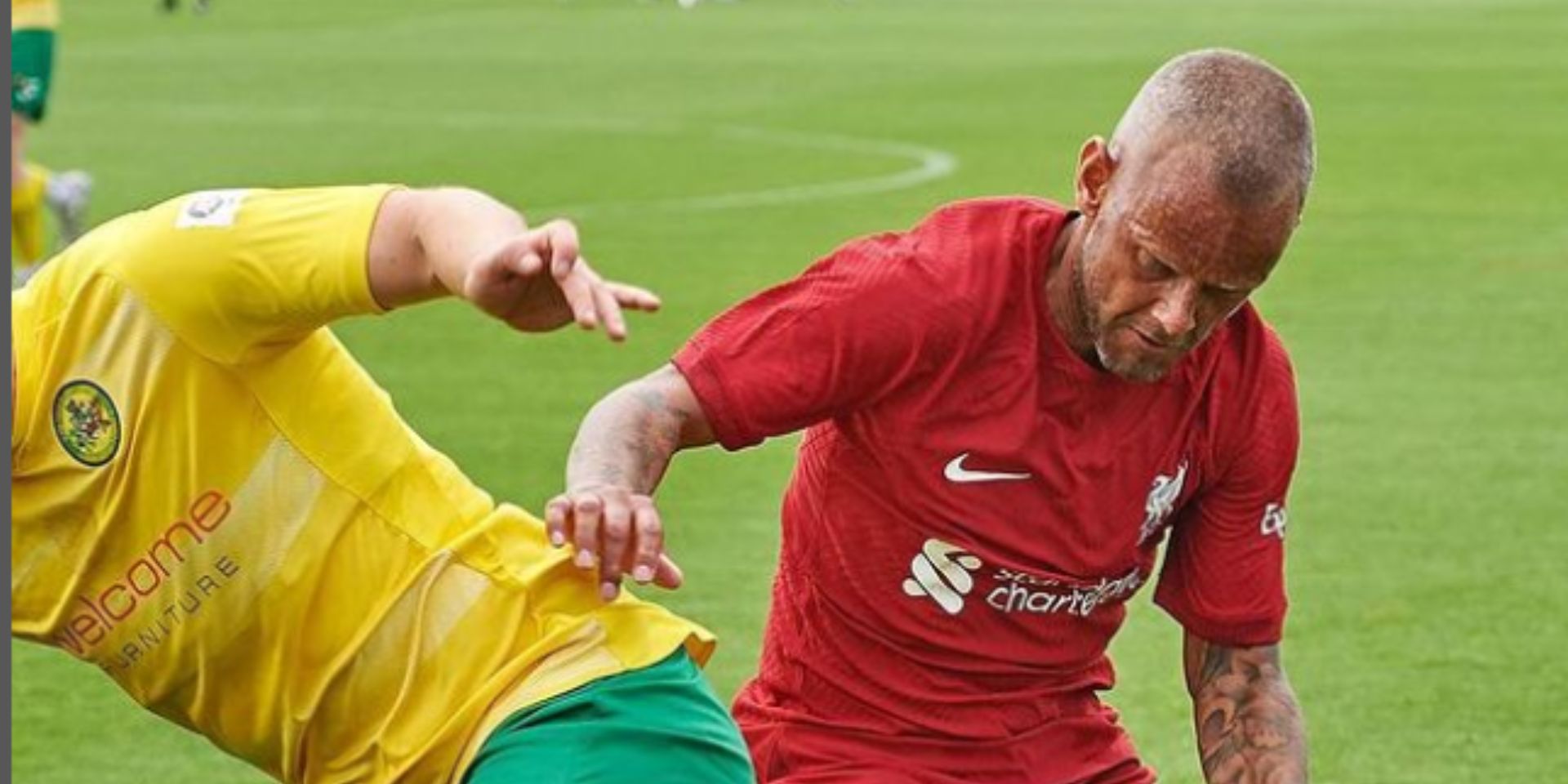 Liverpool Under 23’s were defeated 6-0 by Wigan Athletic in a testing afternoon for all involved, including Jay Spearing who will have endured his first test as a coach.

As written by the Liverpool Echo in their match report: ‘A coach on the pitch as he marshalled in midfield, he encouraged his younger team-mates to keep on fighting on this most difficult of pre-season days, even if they were often chasing senior shadows. He will have experienced heavy losses like this before and on much more competitive occasions too.

‘On a day where Liverpool inevitably had no answers for Wigan, Spearing will help the young Reds try to find them over the season ahead as the club look to bridge this hefty gap between senior and youth football’.

The 33-year-old is still capable of playing football, having left Tranmere Rovers this summer to come and take his role in the academy, it’s clear that this was a big part of his new job.

To be able to play alongside the same young lads that he’s coaching will enable him to keep helping them, even right in the midst of a game.

It was a massive test to a depleted young side, with most of the better players on the tour with Jurgen Klopp and the first-team.

The young lads losing to a Championship outfit is no barometer of where they are but it will be the job of the Wirral-born player/coach to pick them up and advise that they shouldn’t be too disheartened by a pre-season result.

It’s going to be a big campaign for all involved and let’s hope it ends positively for the entire squad.