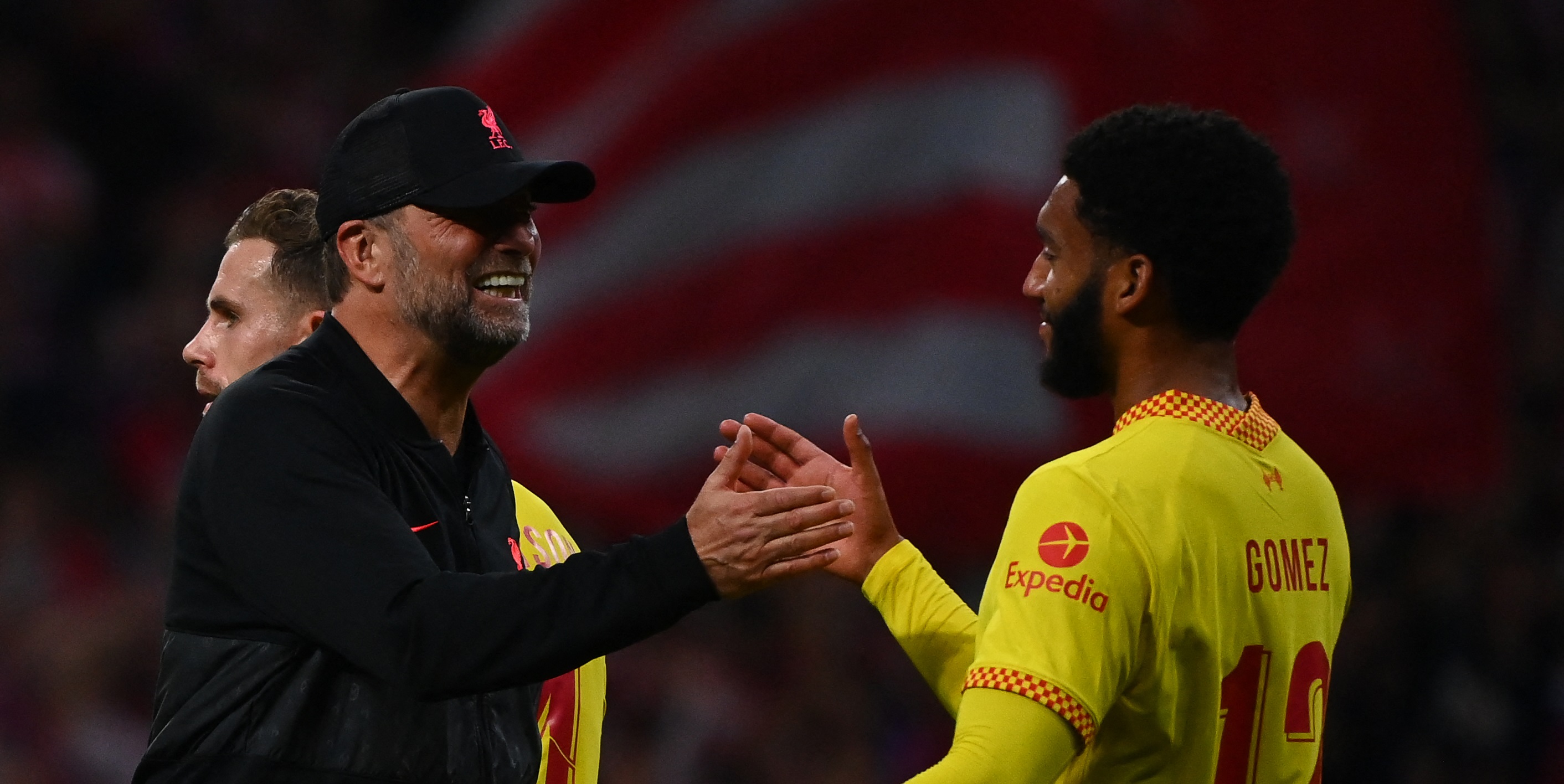 Jurgen Klopp has lauded news of Joe Gomez’s decision to extend his stay at Liverpool, describing the 25-year-old as ‘an outstanding talent’.

The Englishman’s future had been somewhat up in the air amid reported interest in the player and after making only 21 appearances across all competitions last term.

“As a club, we have had a lot of good, really good news lately and this is some more,” the former Mainz tactician told liverpoolfc.com.

“He has so many qualities, I could talk about them all day, so knowing that he will continue his journey with us is a massive boost – one that everyone who loves Liverpool FC and cares about its present and future should be unbelievably happy about.”

How the backline will look going forward remains something of a mystery given that Joel Matip more than deserves an opportunity to hold onto his place alongside Virgil van Dijk off the back of a tremendous season – arguably his best with the English top-flight outfit.

Equally, a phenomenal performance from Ibrahima Konate in the Champions League final, to cap off a wonderful maiden season in English football from the Frenchman, will no doubt ensure more regular minutes in the first-XI.

It’s a massive selection headache Klopp has been left with ahead of the start of the next campaign, though one he will absolutely relish.

To have arguably four world-class centre-halves available in rotation will no doubt prove vital once more in our bid to fight on all fronts once more.