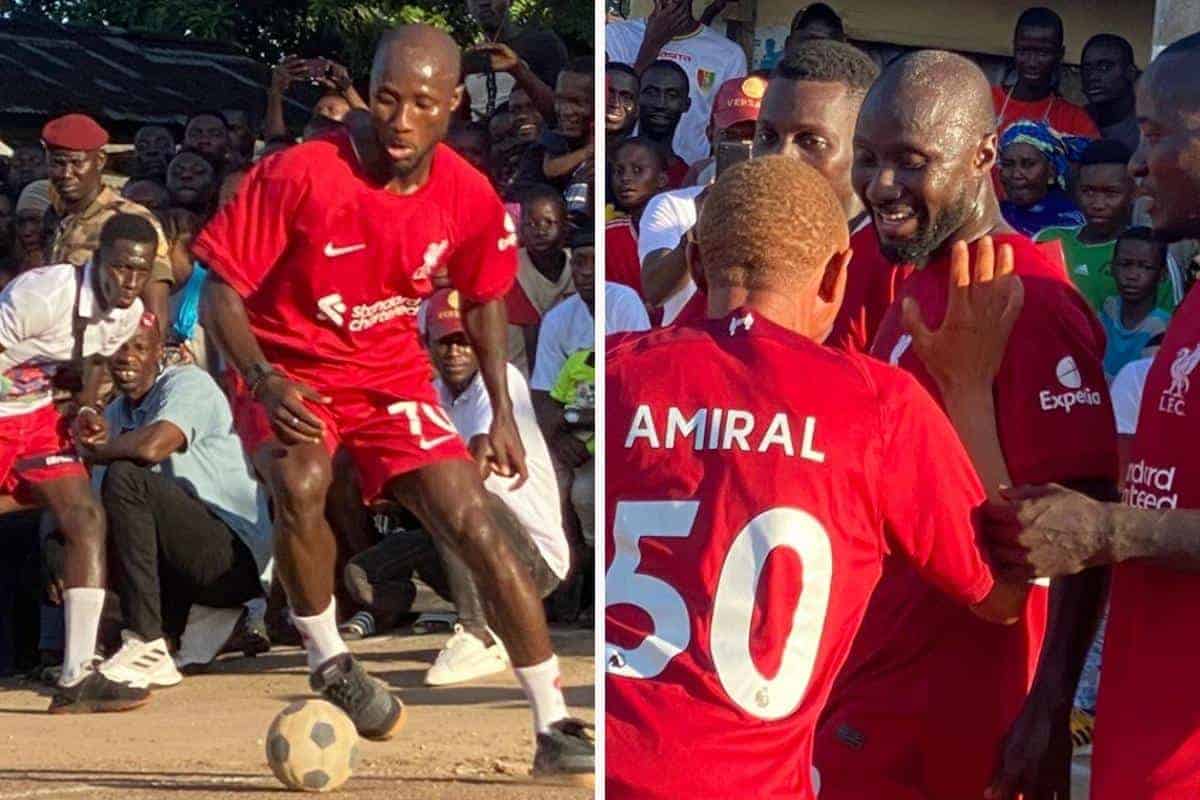 Naby Keita is spending his post-season holiday back in his native Guinea, and on Wednesday joined a local game in his hometown stadium, in a Liverpool kit.

Such is the multicultural nature of the Liverpool squad, the end of the season is often the only chance for many of Jurgen Klopp‘s players to return home.

Ahead of the first day of pre-season on July 4, Luis Diaz has been spending time back in Colombia and Mohamed Salah headed to Egypt for a holiday with his family.

Keita is currently in Guinea, and this week caught up with friends, family and locals in his home city of Conakry, and the suburb of Coleah, where he grew up.

And in photos shared by journalists Med Sesay and Mlamine Toure, the 27-year-old is seen playing an exhibition game at the Stade Koitayah where, Sesay explained, “it all began.”

The midfielder and his team-mates wore the new Liverpool home kit, though Keita donned the No. 70 shirt rather than his usual No. 8.

Sesay wrote: “After almost a decade that he has not played again in his old stadium, Naby Keita and his friends from Santoba FC celebrated his goal this afternoon with the dance of Zapata.”

According to Guineefoot, Keita netted twice in a brief appearance, delighting the fans watching on.

He also met with Conakry footballing legend Mamadi Kaba Dieng, who currently plays for local side AS Kaloum Star, having arranged to renovate the 40-year-old former Guinea international’s house.

Keita’s season ended slightly later than many of his team-mates due to Guinea’s post-season Africa Cup of Nations qualifiers, and as such he may not be back for the start of pre-season on Monday.

But the group expected to report to the AXA Training Centre is yet to be confirmed by the club.