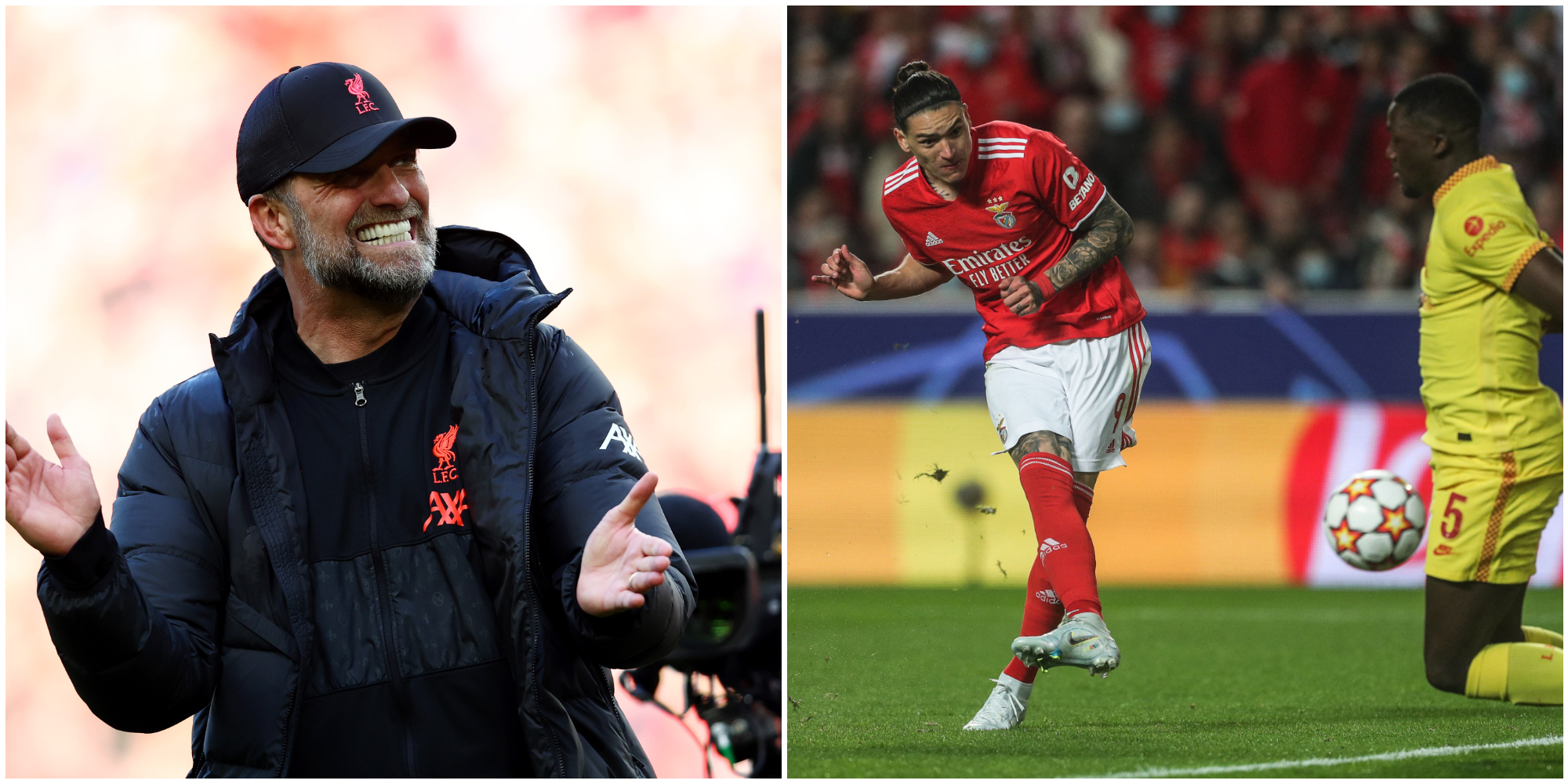 It’s fair to say that the Julian Ward-led team failed to disappoint in that regard with Jurgen Klopp making Darwin Nunez a priority after witnessing the Uruguayan’s ‘power and mix-up with technique’, among three other attributes, in person over the course of two Champions League quarter-final clashes with Benfica.

“It was not clear if he would play because he came back from internationals, in the first game that was. It was clear that he was really good. But when you see it then live, it was really impressive,” the 55-year-old told the club’s official website.

“The power and the mix-up with technique, the desire, smart moves, the problems he caused us. We fell all in love in these two games. A very aggressive South American, it’s a good thing!

“It was really a joy to watch him and so when we realised we had a good chance to sign him, we were all-in and we’re really happy he’s here now.”

As a tall centre-forward, the former Penarol hitman represents a new direction for the Reds’ formidable forward line and, potentially, a significant tactical tweak on the manager’s part.

A return to the tactician’s 4-2-3-1 previously utilised at Borussia Dortmund is considered a likely next step by several commentators, which would likely see the reintroduction of a pure No.10 – a role well-suited to the talents of Fabio Carvalho and Harvey Elliott.

Klopp has made it crystal clear how committed he is to keeping things fresh at Anfield year after year in order to stave off the deadly threat of being ‘found out’ by rivals.

Should we adapt as quickly to change as we have previously with tweaks like our offside trap, it’s difficult to see clubs figuring us out any time soon.