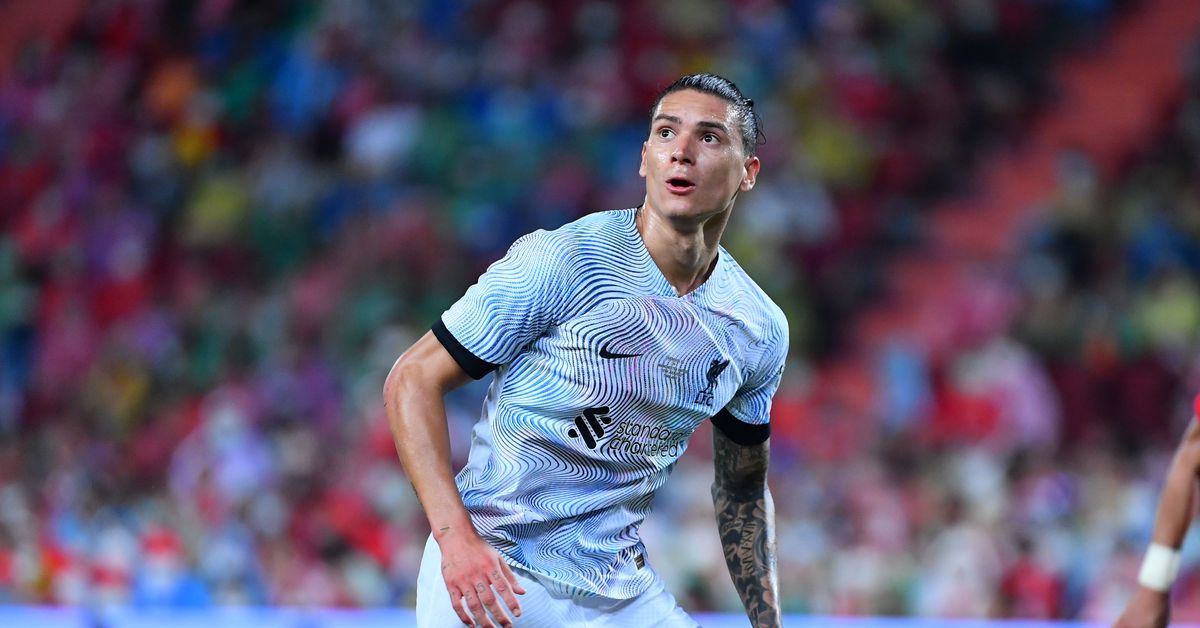 Klopp On Nunez: “We Nearly Killed Him!”

Coming off the bench with thirty minutes left, Darwin Nunez made his Liverpool FC debut and offered some positives, being in the right place for a number of chances, although it was pretty clear he wasn’t quite match-sharp yet.

Jürgen Klopp was keen to focus on the positives when speaking about his new striker after the gam:

“He is a number nine and he can play on the wing as well. We will see where he will play.”

“But what you could see is the boys were already searching for him.”

‘It was his third session (since arriving for pre-season training) and I think after the third sprint his lungs were nearly ready to explode.”

‘We nearly killed him with these balls but he offered the runs and the boys wanted to pass the ball, that is for sure one of his strengths. He was dangerous, all these kinds of things.”

‘So Darwin, we will see. I think his profile is a proper number nine so that’s helpful with speed and aggression and using his body, all these kinds of things.”

“When you lose 4-0… if we talk about the game without the result, we have a lot of good things to talk about from my team.”

“But if we do it like it should be, not forgetting the result, then we have to consider that we lost 4-0. So more things didn’t go too well because we made some mistakes – that’s normal. But we have to pay the price for that and that’s what we did tonight.”

Exciting things to come from Nunez, no doubt. The Reds will be in action on Friday in Singapore, where they will take on Crystal Palace in another friendly. I have my overpriced ticket ready.