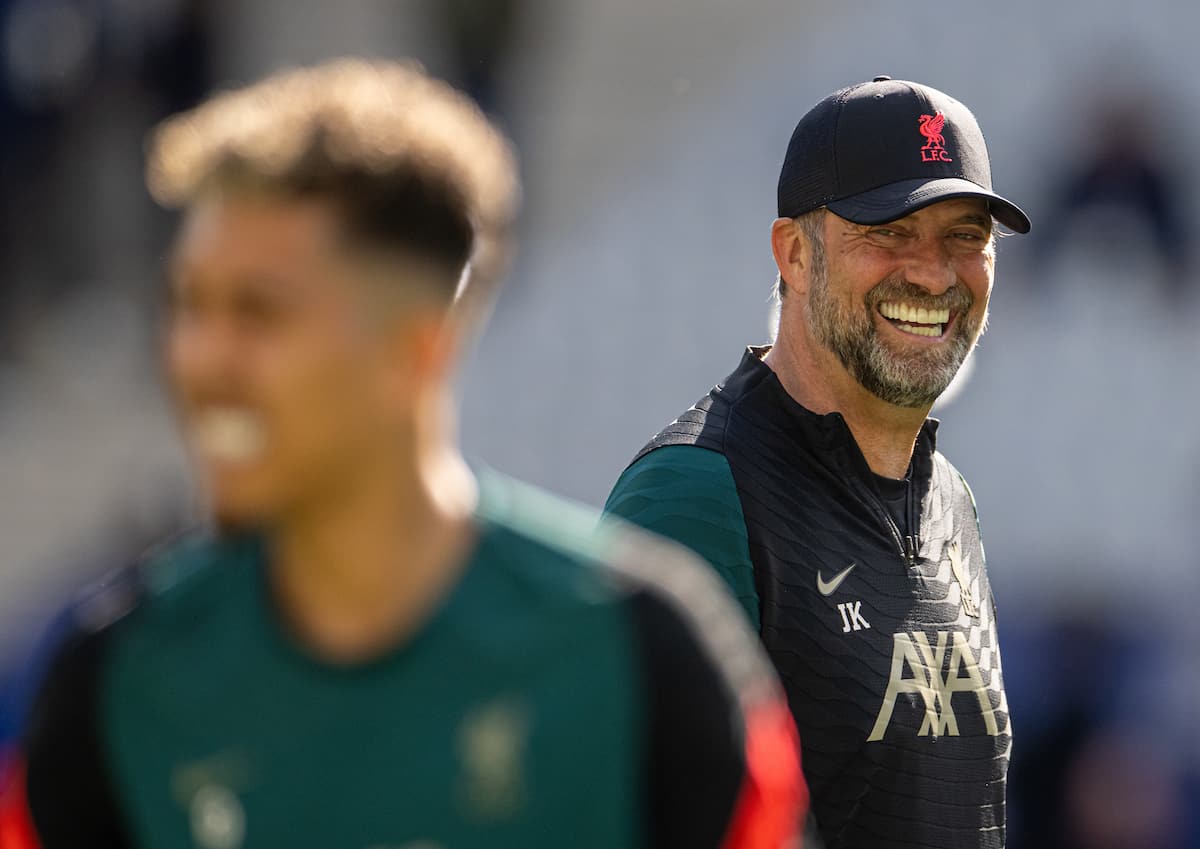 Liverpool’s first three Premier League games are spaced over 16 days, a long time for fans to wait in between but a valuable time to train for Jurgen Klopp‘s players.

With a late start to the summer break after the Champions League final and international duty for a number of players, the full squad are to only be together for 27 days before the league opener.

During that time, Klopp’s side is to travel to Thailand, Singapore, Austria and Germany before a return to England, with six fixtures confirmed.

It’s a condensed pre-season to build the base for the year to come and integrate the new players, meaning the pre-season has to be extended into the start of the domestic campaign.

Liverpool’s unusually long gap between opening games presents a unique window to take advantage of, with nine days between the opener at Fulham (August 6) and the visit of Crystal Palace (August 15).

The trip to Man United then only follows a week later (August 22), and those three games in 16 days offer plenty of valuable time on the training pitch, which is far from the norm for Klopp.

“We have to extend [pre-season] into the season. We play Fulham Saturday and then we play [the following] Monday, so it’s a long, long week which we can use as well for training,” Klopp explained to the club’s official website.

“Then again [we play] Monday I think, so these are the moments where we have to train.

“During the season we cannot train – we play every three days, so we recover.

“But that’s the moment where we really try to create a basis for the rest of the season.”

It’s a rare schedule for Klopp and his coaches as Liverpool’s recent success ensures a game every three days allows for only recovery and a light session, nothing more.

The luxury of the training time will assist Liverpool throughout the first three months of the campaign before the World Cup brings the season to a halt and sees one group “play the longest season ever,” and another enjoy “quite a proper break.”