Liverpool are generating widespread interest in 19-year-old left-back Owen Beck ahead of a summer loan, with clubs in Portugal, Italy and France making offers.

Beck is one of a number of players expected to leave Anfield on loan this summer, with four – Conor Bradley, Billy Koumetio, Jakub Ojrzynski and Adam Lewis – having already landed moves.

Such is his ability, as arguably the standout performer in the academy last season, finding the right club for the young Welshman is a priority.

Liverpool are not short of offers, of course, with the Liverpool Echo‘s Keifer MacDonald having previously reported interest from the Premier League as well as clubs in Europe and the Championship.

MacDonald now adds that Beck has received offers from unnamed sides in Serie A, Ligue 1 and the Primeira Liga.

That presents the opportunity for Beck to gain experience with a top-flight club on the continent, which is said to be Liverpool’s preference.

“A move to Europe is preferred because of his style,” MacDonald wrote on Twitter, “and gives him the chance to play against Europa League and Champions League teams.”

While it is unclear which clubs have presented offers, it is likely that Beck has suitors in the lower regions of those leagues. 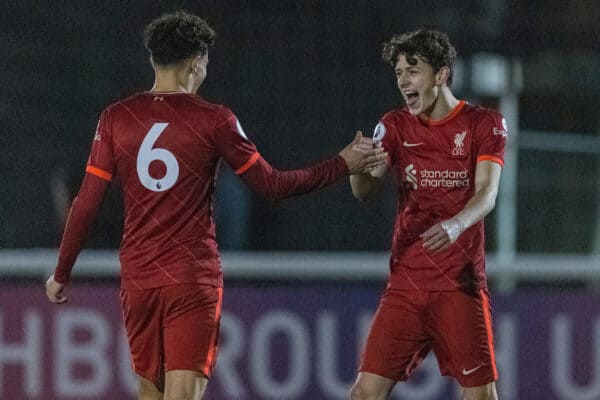 There seems a strong chance of a switch to Portugal, given new sporting director Julian Ward’s ties to the network.

But Liverpool have brokered loan deals with French sides in the past, too, including for fellow left-back Lewis and now-departed winger Sheyi Ojo.

They struggled at Amiens and Stade de Reims respectively, though, with Lewis returning to Merseyside mid-season.

It would be wrong to get too bogged down in speculation, but there is a crucial decision ahead for Liverpool and their young left-back.

Beck is clearly highly rated and well advised, both within the club and outside, so there will be an emphasis on agreeing the right loan.

If he impresses while away from Liverpool, there is every chance he could challenge at first-team level in the future.

Alternatively, the club could eventually profit him his sale, as they are due to with Beck’s compatriot Neco Williams.

Williams, 21, is already subject of a failed bid from Nottingham Forest worth up to £15 million, following an impressive loan at Fulham in the second half of last season.