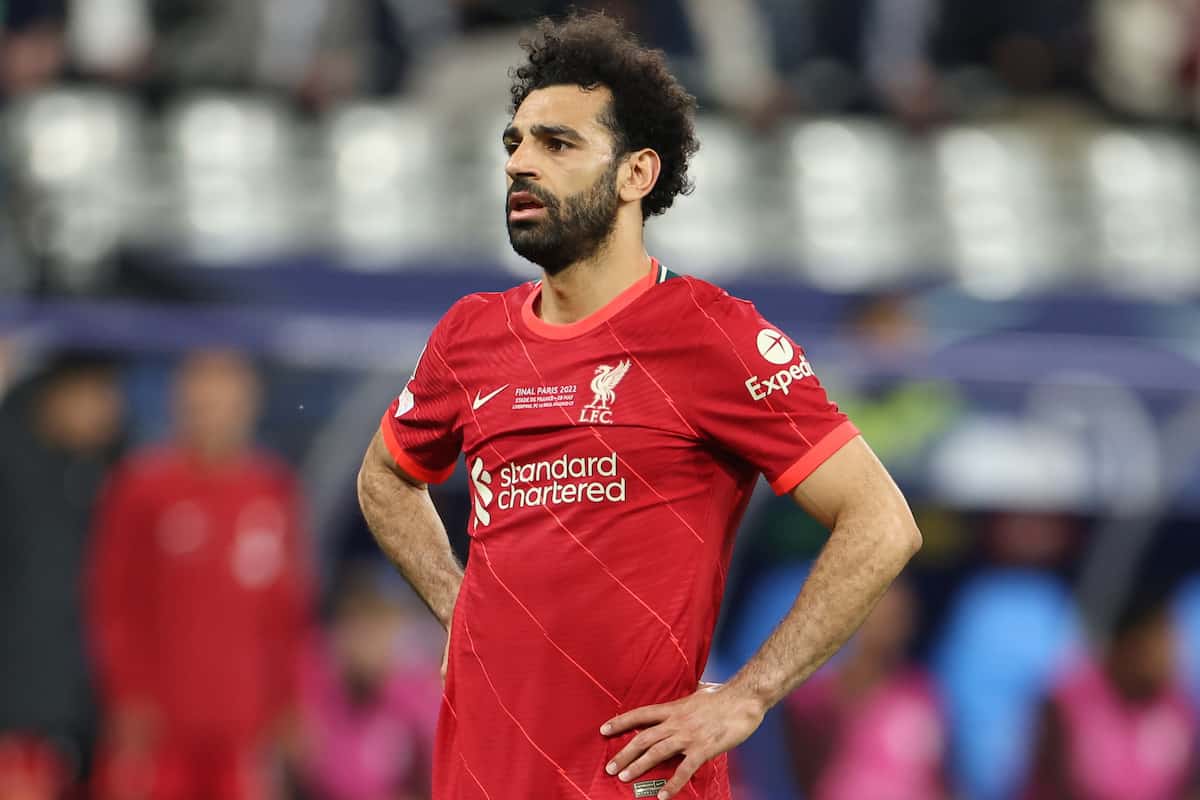 Mohamed Salah‘s agent has a history of stirring up speculation with cryptic social media posts, and Ramy Abbas Issa has angered Liverpool fans with his latest.

Talks between Salah and Liverpool over an extended contract have so far amounted to little, with no breakthrough in negotiations with the No. 11.

It is widely reported that the Egyptian, who is now into the final year of his deal at Anfield, is seeking a wage significantly beyond that of the club’s current structure.

That would reward Salah for his elite form since swapping Roma for Liverpool in 2017, but it unsettles a delicate balance within the squad – particularly for a player who is now into his 30s.

Abbas’ role in talks is a prominent one, but there have long been question marks over the integrity of Salah’s representative.

He has sparked criticism for using social media to, it appears, respond to developments either within the club or in the media, such as in March, when he tweeted seven laughing emojis following comments from Jurgen Klopp.

The Colombian agent has now done so again, this time with a single emoji:

Whether it is, in fact, linked to Salah’s future is unclear, but Abbas’ latest post has certainly riled up Reds supporters either way.

Jamie Carragher is among those to take to Twitter in response to the update, writing: “We can do without this cryptic crap for the next 12 months!”

All Reds love your client, and if he is to leave next summer we will wish him well & say a big thank you. But we can do without this cryptic crap for the next 12 months! @MoSalah have a word!! https://t.co/XFyu84vC0V

What exactly does posting something like this achieve? https://t.co/xn5UYQHHNS

idk what this means but given that Ramy knows how his cryptic tweets confuses or angers fans I can only imagine he does it both out of frustration but also for attention. I’m also pragmatic enough to know Salah is very close to Ramy & agent’s reflect their client’s wishes. https://t.co/7tn5fQmdzl

You can see why clubs like working with certain agents and agencies, when you’re talking significant money.

You need professionals in these circumstances, not jokers.

This is incredibly pathetic. You’re a grown man acting as Salah’s agent, grow up.

Absolute limbs when this manchild gets packed https://t.co/gUyOVgrVnW

I’d sell Mo just to be rid of this prick tbh. https://t.co/Dh8x5vXASc

As stupid as it sounds, a part of me would bin Salah off just so his fool of an agent doesn’t get what he wants.

As mentioned, there is no way of telling whether Abbas’ tweet is connected to a new development in talks with Liverpool, but given Salah is his only client it is logical to assume it is to do with the winger’s future.

There is a case to argue that, as the squad continues to evolve under Klopp, the club should no longer entertain these parties.

But the hope remains that a resolution can be found with Salah – and, unfortunately, Abbas – as he is one of the most important players at Liverpool and a once-in-a-generation goalscorer who has already broken into the club’s all-time top 10.