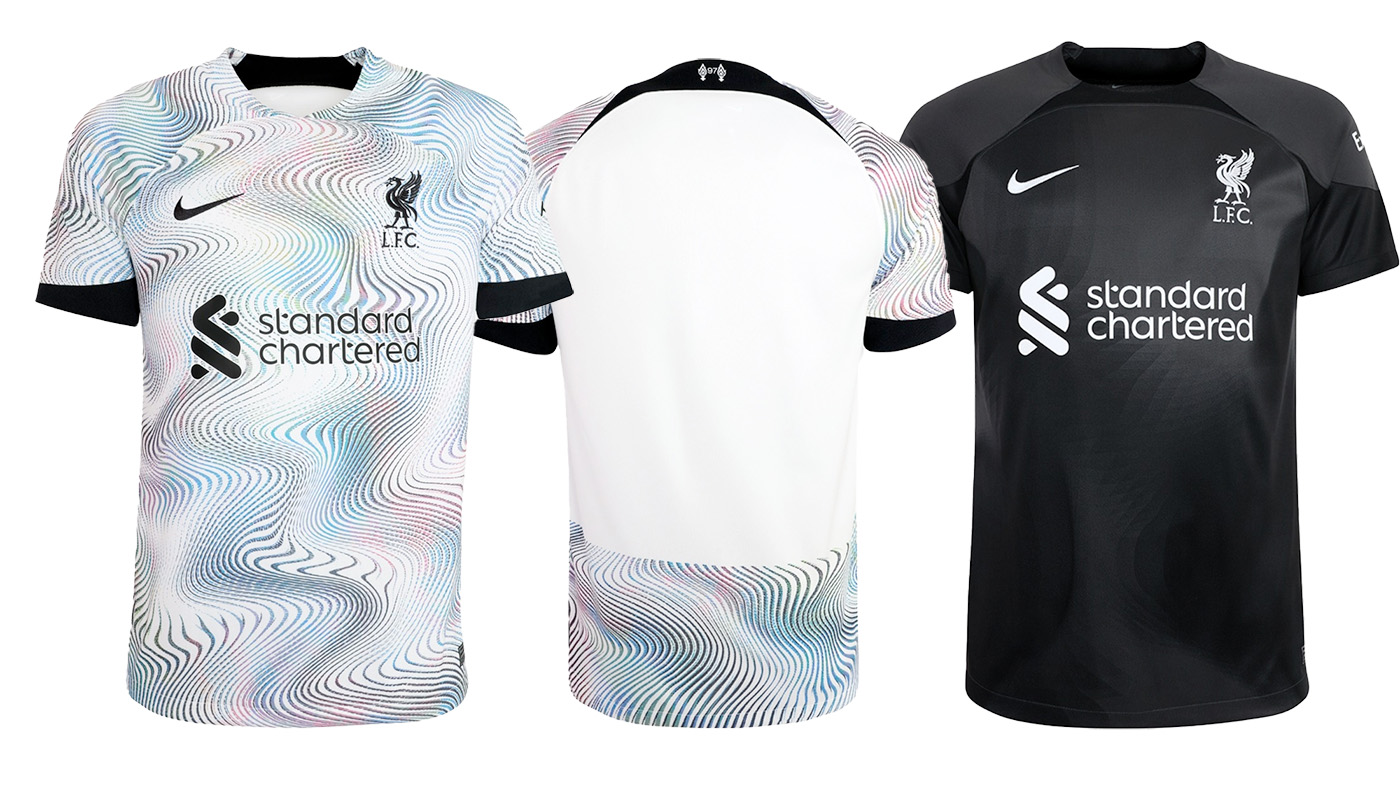 
Liverpool have unveiled their new away kit for the 2022/23 season – and will play in the new kit in this afternoon’s first friendly of the season.

The reds have been back in pre-season training for a week and face Manchester United later today in the Thailand national stadium.

Liverpool and Nike say that inspiration has been taken from the period when Liverpool music ruled the world and describe the kit as ‘an iridescent, multi-coloured marbled pattern over a white base colour.’

The away goalkeeper kit will be all black.

Due to worldwide logistical problems there are limited numbers of kit available in early access online – with a full kit launch at retail stores set for August 19th. 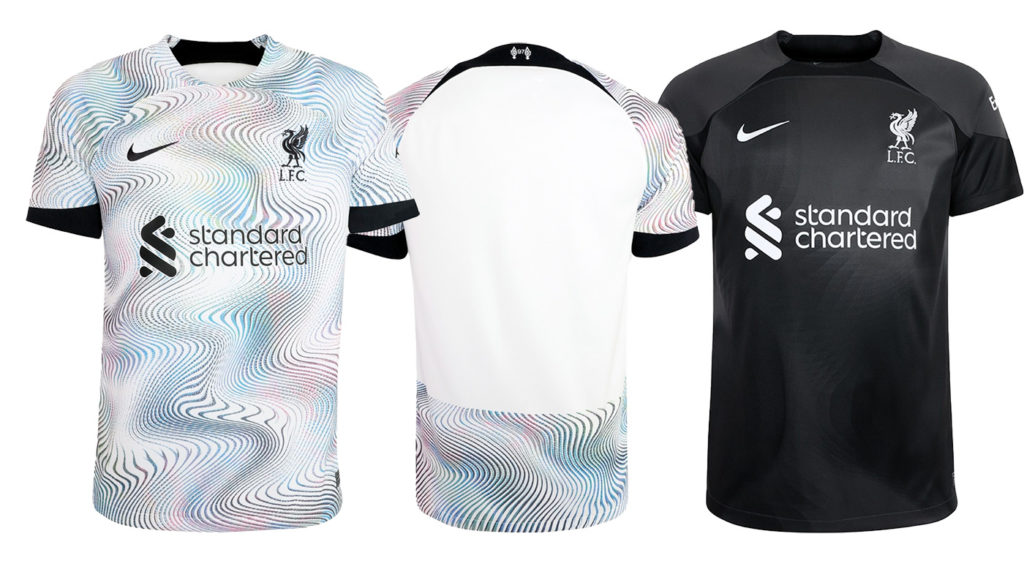 You can pre-order online here