Liverpool have confirmed the 19 players that will start pre-season at the AXA Training Center on Monday, and it includes two summer signings.

After more than five weeks on from the conclusion of last season, the Reds will regroup on Monday for the start of their preparations for campaign to come.

Like most years, there will be a staggered start to training after international games were played throughout the summer, leaving Jurgen Klopp with 19 senior players to start.

The squad will reconvene at Kirkby before seeing the international contingent arrive later in the week, with a trip to Thailand and Singapore then quickly on the agenda for games on July 12 and 15.

And the first day is to see both Fabio Carvalho and Calvin Ramsay both kickstart their Liverpool careers after sealing their move to the club from Fulham and Aberdeen respectively.

They are to be joined by experienced figures like Jordan Henderson, Roberto Firmino, Thiago, Joel Matip, James Milner and Alex Oxlade-Chamberlain.

It is the first pre-season for Luis Diaz after his arrival in January, while Sepp van den Berg is back with the group after his successful loan spell at Preston.

Fellow loanees from last season, Nat Phillips, Ben Davies and Neco Williams are also to be involved despite question marks over their future.

And Harvey Elliott, Ibrahima Konate and Caoimhin Kelleher are in from the start despite their international commitments during the summer.

The remainder of the squad, including Virgil van Dijk, Mo Salah, Alisson, Fabinho, Andy Robertson, Diogo Jota and Trent Alexander-Arnold will filter in later in the week.

Liverpool have six pre-season games confirmed and will first travel to Thailand and Singapore before making their way to Austria for a training camp, with Germany and a return to England to follow.

Liverpool squad back for pre-season on Monday 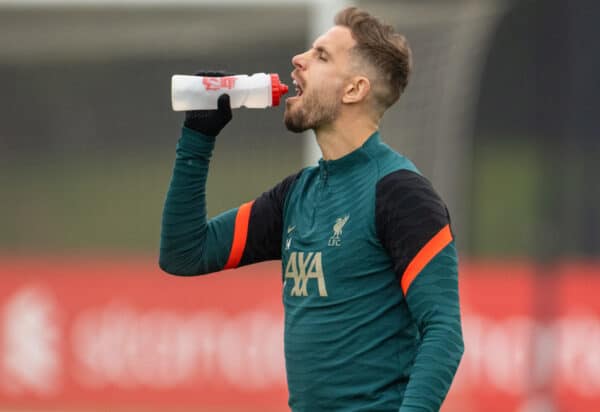