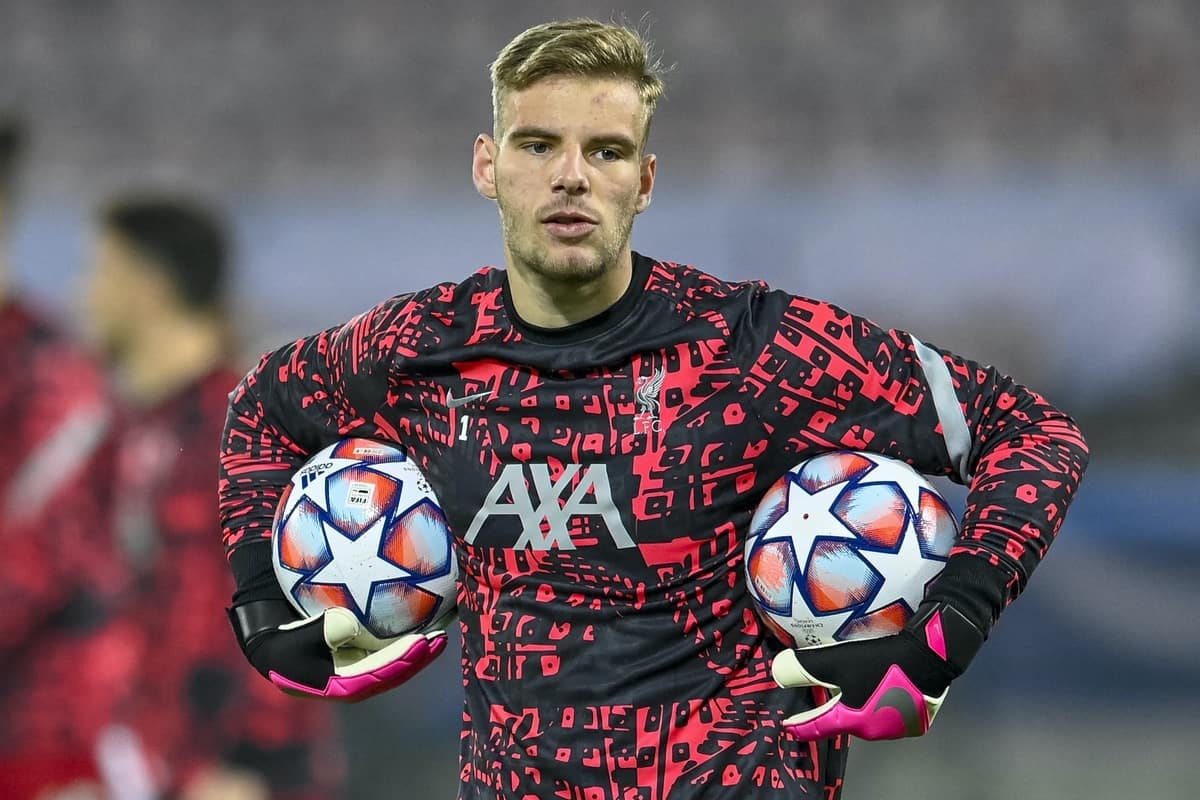 Liverpool have confirmed their seventh loan move of the summer so far, with goalkeeper Vitezslav Jaros heading out for his third consecutive spell.

Jaros is one of the most highly rated young goalkeepers in the Reds’ academy, and his development has been served by a series of temporary moves.

First, the 20-year-old Czech spent a season with St Patrick’s Athletic in the League of Ireland Premier Division, clinching the FAI Cup in his final game in Dublin.

After a short break he joined Notts County in the National League, and though he had a muted spell in Nottingham, it was another productive switch for the youngster.

Now, Jaros has embarked on the next step in his career with a season-long loan to Stockport confirmed on Monday evening.

Stockport are freshly promoted to League Two, having won the National League title in May, ending an 11-year absence from the Football League.

They are managed by former centre-back Dave Challinor, who also spent eight years of his career with Tranmere, across the Mersey, with it already a busy transfer window so far for the 46-year-old.

Jaros will be competing for the first-choice spot with veteran stopper Ben Hinchliffe, who made 38 appearances for Stockport last season, keeping 22 clean sheets.

“I’m delighted that Vit has agreed to join us,” Challinor told the club’s official website.

“We were one of several options that he had, so to have him choose us is a big positive.

“He’s a goalkeeper with a big future ahead of him and is very highly regarded at Liverpool and comes with real positive references.”

Jaros could make his unofficial debut for Stockport as early as Tuesday afternoon, which would see him come up against a fellow Liverpool loanee in Bolton right-back Conor Bradley.