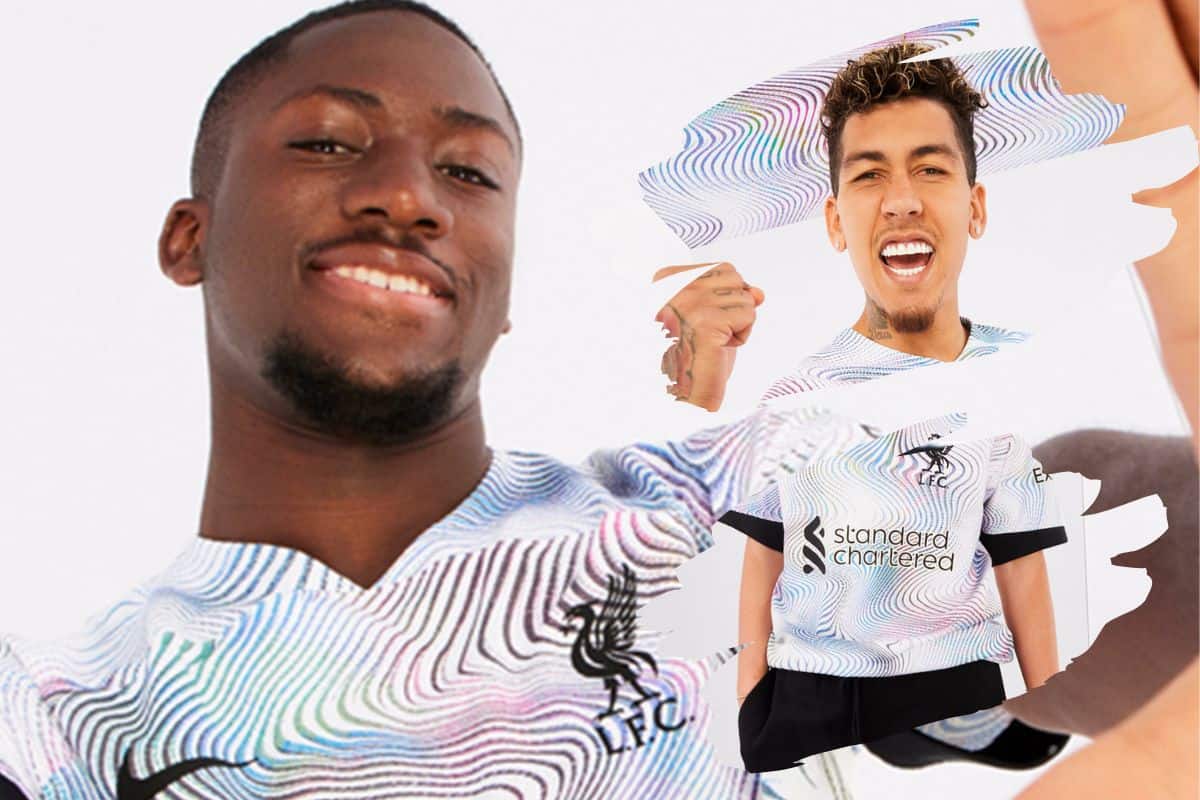 Liverpool FC have officially unveiled their new away kit for the upcoming 2022/23 season, with the “dizzying” new design to be worn vs. Man United in today’s opening pre-season friendly.

The design is said to be “inspired by the city’s vibrant music scene and in particular the pioneering role it played in the 90s dance music scene.”

The club add: “Playing to its own beat, Liverpool FC’s away shirt harps back to a time when its clubs ruled the world, with an iridescent, multi-coloured marbled pattern over a white base colour.” 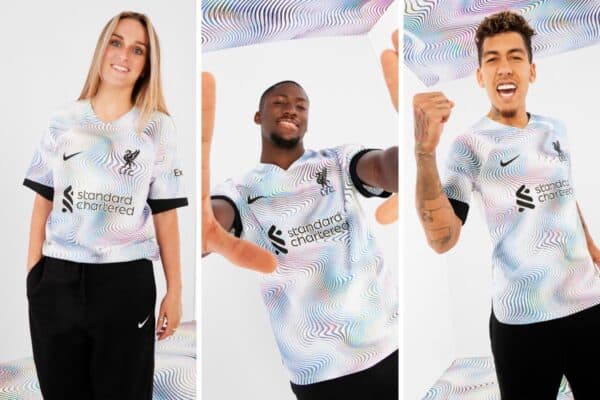 The shirt, which features black sleeve cuffs alongside a core “dizzying design,” has a predominantly white back.

The reverse of the jersey also features the 97 emblem encased by the eternal flames sitting proudly at the nape of the neck in memory of those who lost their lives at Hillsborough. The change from 96 to 97 from this season, is in recognition of Andrew Stanley Devine, the 97th person unlawfully killed as a result of the Hillsborough disaster.

The kit is only available online now via the official LFC store, with a wider release on August 19, alongside new training kit. 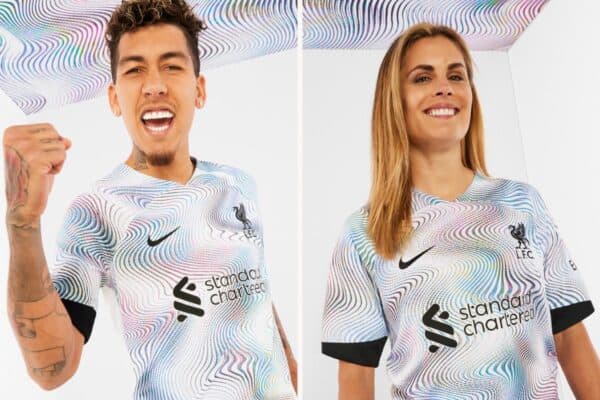 Nike state that the kit is sustainably made, with on-the-pitch and replica jerseys constructed with 100% recycled polyester fabric, which is made from recycled plastic bottles.

The away goalkeeper kit will be all black, but no official images are yet available.

Liverpool play Man United in Bangkok at 2pm (BST), when Jurgen Klopp‘s side will first wear the new kit.