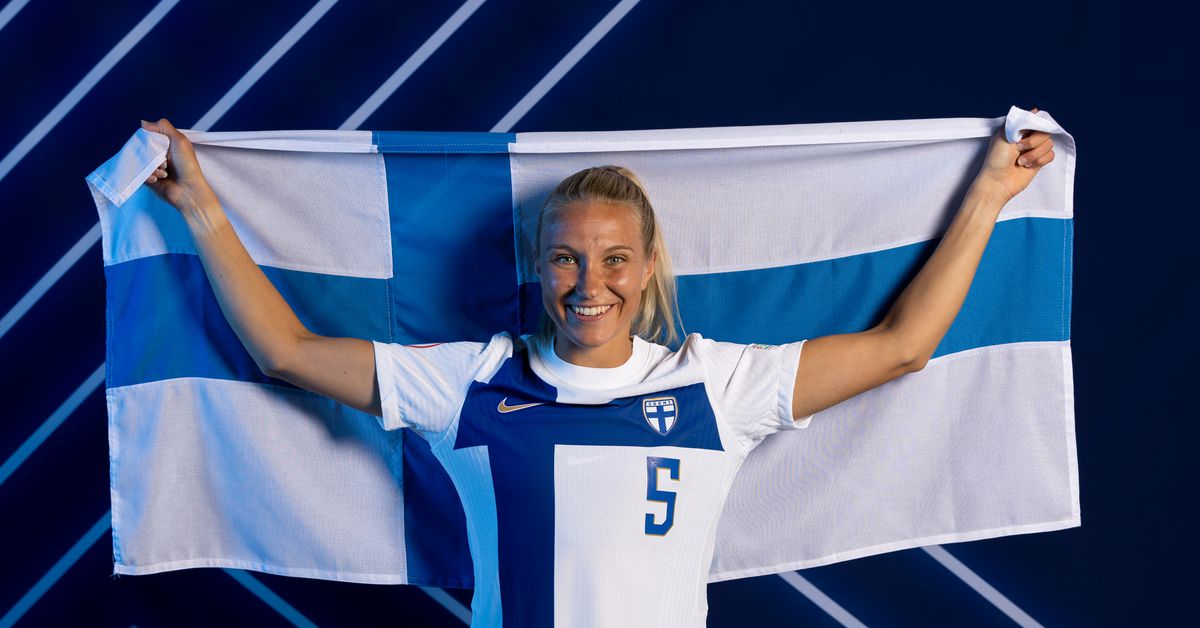 Liverpool FC Women have finally announced the first of their anticipated four signings this summer, making it official with Emma Koivisto – a long rumoured target of the club.

The versatile defender signed with the Reds on Wednesday, making her the first Finnish player to join the Women’s team of the professional WSL era – and no doubt following in the footsteps of another famous Finn to wear Red.

Koivisto moved to Brighton last year after winning the title with Gothenburg in Sweden, and with FC Honka in her native Finland before that. She has 54 appearances with the Finnish National Women’s team, including a spot on their squad for the Women’s Euros this month.

“Emma will first of all bring versatility as she has played in numerous positions while at Brighton,” manager Matt Beard said of his first new signing of the summer.

“Left-back, right-back, she’s played wide, but we see her best position as the wing-back position.

“She’s a good one-v-one defender, technically she’s very good on the ball, very athletic, quick and can get up and down. I just think the way that we play, she’s going to fit in perfectly with her attacking attributes.”

Koivisto will likely be fighting Taylor Hinds and Megan Campbell for full-back minutes, but that shouldn’t be too much of a problem. She will take the number 2 shirt, and is eager to get started once the Euros finish – and a short vacation.

“I feel really honoured to be able to play for Liverpool. Me and my brother used to be big Liverpool fans growing up because Sami Hyypia, a Finnish legend, was playing for the club when we were kids,” Koivisto told the club website.

“Everyone knows Liverpool. It feels like a family. I’m really excited to join this club.”

Her 18 months with Brighton will be another asset to the squad, even as they hit a club record sixth place in the Women’s Super League last season. All WSL experience is an asset as the Reds essentially start from scratch.

“I’m quite a versatile player, I’m quite an attacking-minded full-back, I like to go forward. Hopefully I can help the team there and defend as well,” the Finn added.

“I hope I can bring some experience from the WSL. I’ve played in the league for one-and-a-half years now, while I also have some international experience with the Finland national team.

“It’s really exciting that we are in the Euros, it’s going to be a busy summer. It’s a big dream to play and I’m really excited that we’ll soon play those games.”