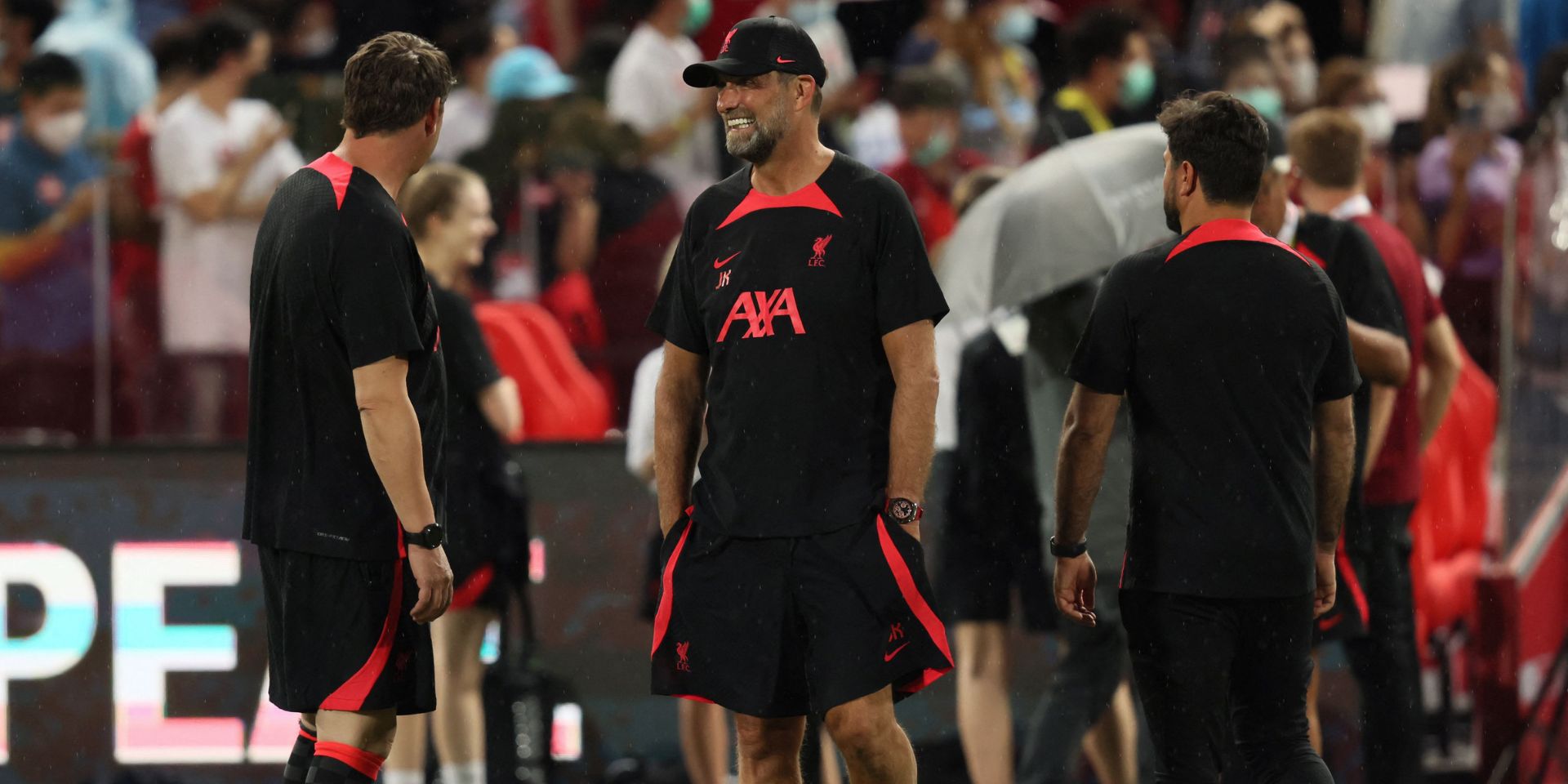 Jurgen Klopp views his backroom staff as a part of Liverpool that is equally as important as the players and there have been two changes to its setup.

As reported by James Pearce in The Athletic: ‘Liverpool have added Frigyes Vanden Auweele to their backroom staff as the club’s new head of osteopathy.

‘The Athletic understands that Auweele has been brought in this summer to support the club’s medical team with the prevention of injuries and the optimisation of performance.

READ MORE: ‘I’m really sure the future is bright’ – Kostas Tsimikas on the 18-year-old that has impressed him during pre-season training

‘Another interesting development in Jurgen Klopp’s staff ahead of the new season has seen Andreas Schlumberger given enhanced responsibilities’.

They may not be household names but for the club to introduce Frigyes Vanden Auweele and promote Andreas Schlumberger, it shows that they must be doing something right.

There have been many tweaks each season to find any way that a 1% improvement can be added to the players, with introductions like a throw-in coach and the brain tracing work of neuro11.

From the outside, it’s hard to know what difference these changes make but the coaching staff swear by tweaking the way they work – in an attempt to keep ahead of the rest.

Given the amount of running and work that is required by the German’s squad, reducing injuries will be a huge part of ensuring that we can remain competitive for an entire campaign.

Let’s hope these changes have as much success as the previous ones that have been implemented at Liverpool.