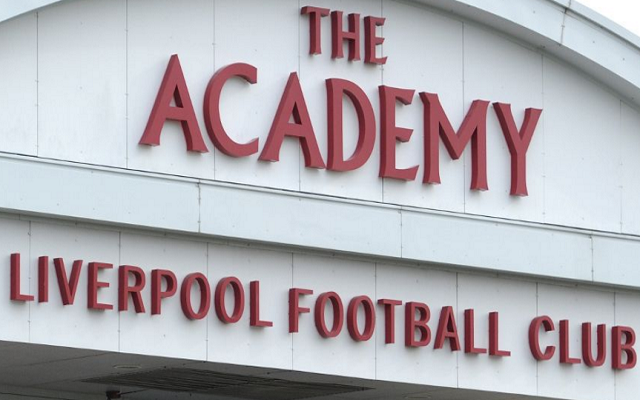 Derry City teenager Trent Kone-Doherty is set to sign for Liverpool next month and the youngster’s youth manager believes he has all the attributes to have a successful career on Merseyside.

Gerald Boyle coaches the U17s at Derry and believes that despite the 15-year-old possessing a number of physical and technical attributes, his ‘brilliant attitude’ is what sets him apart from the rest.

Kone-Doherty will celebrate his 16th birthday on Thursday and usually operates as a winger on either flank – he will arrive at the club and continue his development amongst the Academy set-up.

“Trent certainly does have all the attributes to do well,” Boyle told the Derry Journal (via the Liverpool Echo).

“Trent has that ‘x-factor, he’s got something special. His one-on-one ability is excellent. He has got serious, serious pace but the biggest thing about him is that he has a brilliant attitude.

“Of course, it’s going to be tough. The Premier League is a tough environment but you know what, Trent has got a really, really good chance because he has got that something special.”

Boyle was also keen to praise Liverpool for the way in which the club goes about its transfer business and credited everybody that had played their part in the teenager’s development so far.

“Liverpool, in particular, go for quality over quantity, they don’t go for big numbers at their academy,” he added.

“It’s a credit to everybody who has worked with Trent down the years from his boys club coaches and to every coach that has had him at Derry City, they have all helped him on that journey to get to Liverpool.

“Obviously there’s a lot of natural ability and his family will also have put in a lot of work with him as well.”

It’s great to see that the club are thinking about the future to ensure our success continues for future generations.

Derry are expected to receive a six-figure fee for the youngster and he will join Fabio Carvalho, Darwin Nunez and Calvin Ramsay in moving to Anfield this summer.

Kone-Doherty has represented the Republic of Ireland at U16 and U17 level and he will be excited by the opportunity to continue his development with the Mighty Reds.

If he’s anything like the other Trent we have at the club, he must be good!