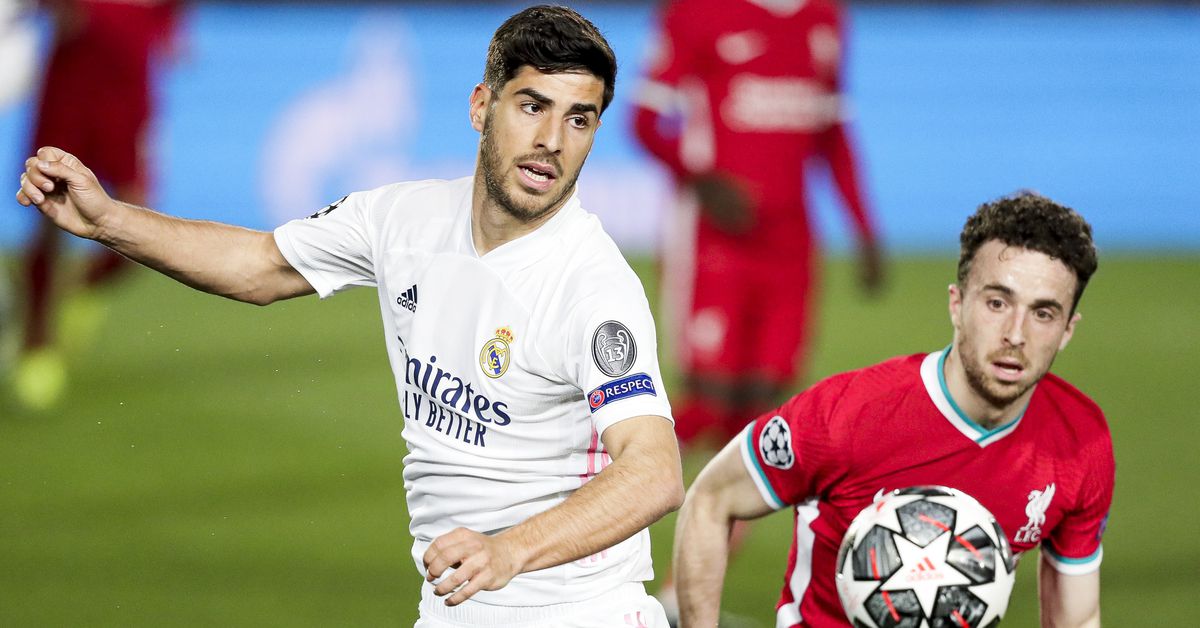 
Liverpool are technically set to be net down by one attacker come the start of the 2022-23 season: Darwin Nunez and Fabio Carvalho have come in, while Sadio Mane has left for Bayern Munich, likely soon to be followed by Takumi Minamino to Monaco and club legend Divock Origi to AC Milan.

While most club-connected journalists are adamant that Liverpool have concluded their inbound transfer business for the summer following the final imminent signing of Calvin Ramsey from Aberdeen, it hasn’t stopped the rumor mongers from pitching names to supposedly bolster what is already one of Europe’s most formidable attacking contingents.

And, yes, that means it is time to once again brush off the Marco Asensio-to-Anfield link that has persisted for what seems like eons. Spanish publication AS was the first to kick off this year’s version of the persistent rumor, claiming the Reds had been informed that £30m would be what was required to pry the attacker from the recent Champions League winners.

However, the Italian press have also jumped on the bandwagon, with Calcio Mercato insisting that it would actually take only €30m to win the battle for the 26-year-old’s signature, with Liverpool supposedly in a battle with AC Milan for the player.

Meanwhile Corriere dello Sport have stuck to the £30m (€35m) figure, insisting that the Spanish international’s contract expiring next summer dictates that the La Liga giants will not be able to demand more than that.

Look, Asensio is a solid player. The forward managed 12 goals and two assists across 42 appearances in all competitions last season has the versatility to play across the frontline and as a support striker. However, there is likely a reason he was not selected for the Spanish national team in last year’s Euros while falling down the pecking order at Madrid following the emergence of Vinicius Jr. and Rodrygo on the wings.

And if there is one thing new sporting director, Julian Ward has demonstrated so far in his first two transfer windows, he isn’t looking for any reclamation projects.

Seriously, no más with this rumor.