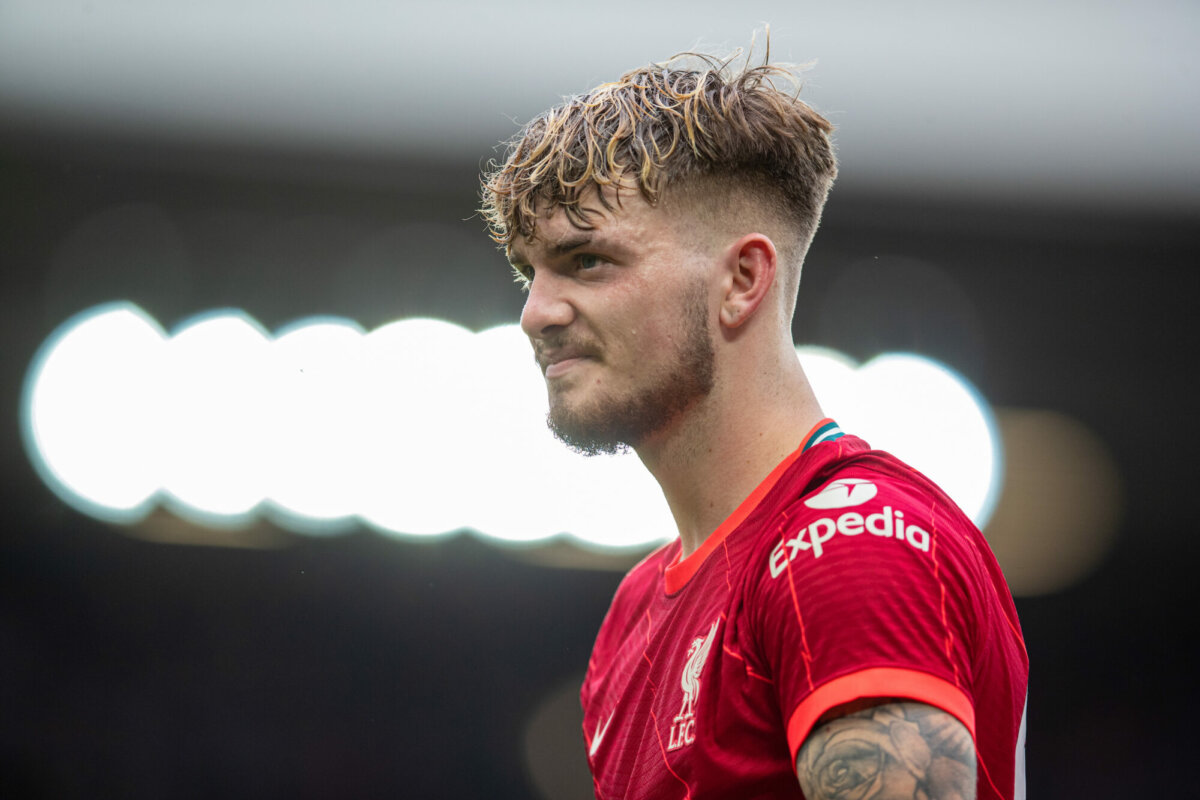 Liverpool midfielder Harvey Elliott is looking to become a regular in Jurgen Klopp‘s starting XI this season, according to BBC Sport.

The 19-year-old had an interrupted 2021-22 campaign. Elliott suffered a broken ankle against Leeds United at Elland Road back in September.

The midfielder missed a total of 30 games as a result. However, Elliott is looking to put last season behind him and solidify his place in Klopp’s team.

As per BBC Sport: “Having played for Fulham and Liverpool in the Premier League, and spending a season on loan with Blackburn Rovers in the Championship, it is easy to forget Harvey Elliott is still only 19.

“He would have had an even bigger impact had he not spent five months out last season with a serious ankle injury, before scoring a lovely volley on his return to the team against Cardiff City in the FA Cup.

“England Under-21 international Elliott, who can play in midfield or on the wing, will be hoping to stay injury free and work his way into becoming a Reds regular this season.”

Elliott is a talented player. When the midfielder was given an opportunity last season, he put in a shift.

Hopefully he has a bit of luck on the injury front this season. With Jordan Henderson, Thiago Alcantara and Fabinho ahead of Elliott in the pecking order, we don’t expect him to start the season in Klopp’s XI.

But, there is no reason why he couldn’t force the German’s hand. If Elliott performs well when he is given an opportunity, he could force his way into Klopp’s plans.