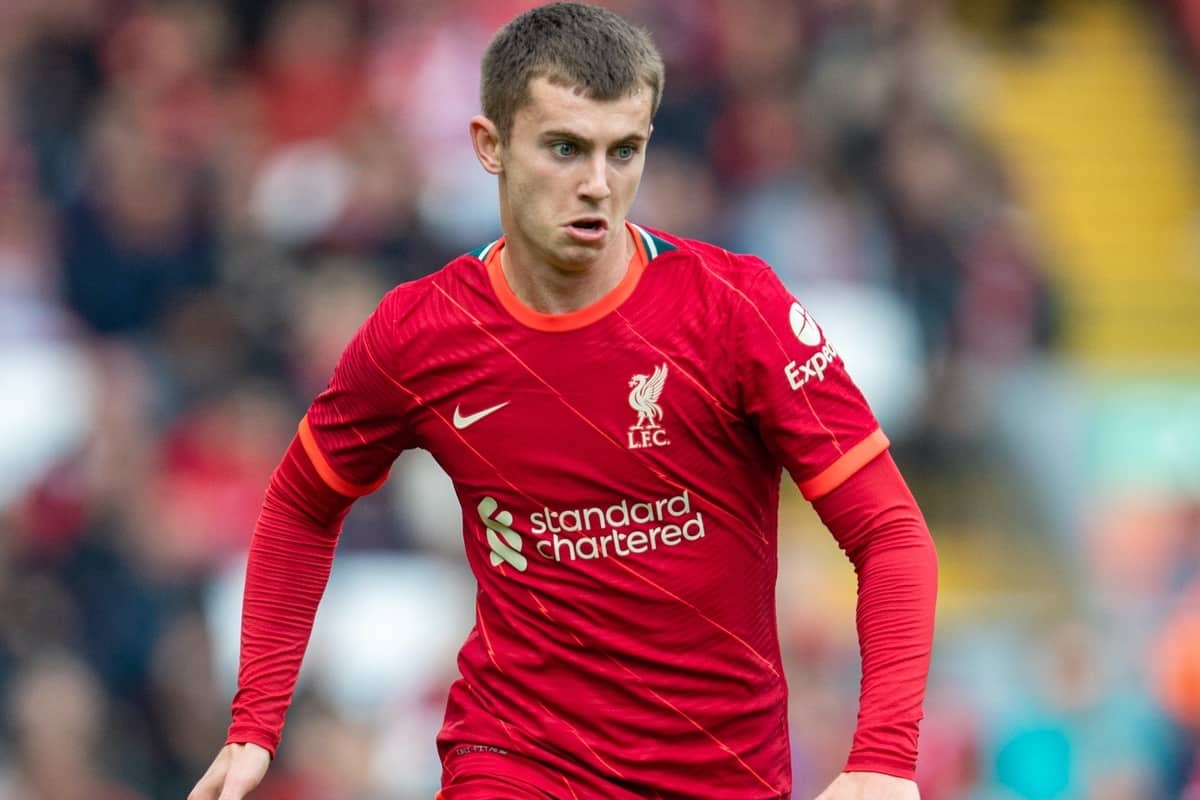 Ben Woodburn has left Liverpool after 15 years, with the midfielder given a chance to impress at Preston and urged to “show what he’s really about” on trial.

Having initially joined the Reds at pre-academy level, Woodburn spent a decade-and-a-half on the books, becoming the club’s youngest-ever goalscorer in 2016.

But with injuries and competition for places seeing him drop down the pecking order, the Welshman was released this summer following loan spells with Sheffield United, Oxford United, Blackpool and Hearts.

His most recent loan at Hearts ended in frustration, with manager Robbie Neilson ruling out a permanent switch for a player who is available on a free transfer.

But Woodburn now has a big opportunity having been offered an extended trial with Championship side Preston, which is expected to be longer than the two weeks initially reported.

?? Manager Ryan Lowe has confirmed that Liverpool Academy graduate Ben Woodburn is currently on trial at the club.

Hear what the boss had to say on iFollow PNE very soon.#pnefc pic.twitter.com/bKfjXn7KjJ

The 22-year-old links up with manager Ryan Lowe – a Liverpool supporter and former player who came through the academy at Kirkby – having previously been on his radar when he was in charge of Plymouth in 2019.

“He’d obviously been playing at a higher level,” Lowe told PNEFC.net of why an attempted loan to Plymouth broke down.

“Obviously his contract’s now ended at Liverpool. He was up with Hearts in Scotland last season and he’s a fantastic talent.

“We’re hoping we can get a tune out of him.” 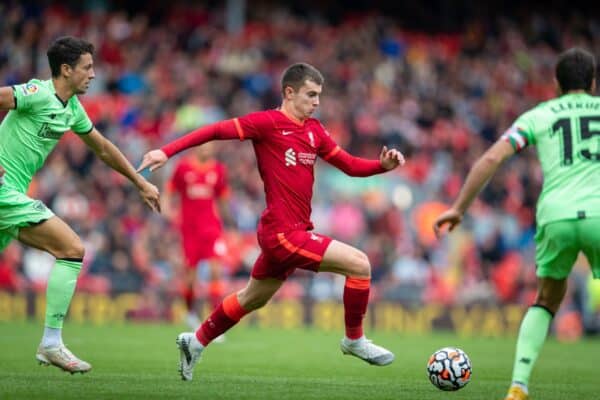 Woodburn has already begun training with Preston after their return for pre-season, and will be hoping he can earn a permanent contract with a club who finished 13th in the Championship last term.

It would be a positive move for the versatile young player, who caught the eye in various roles for Liverpool this time last year – including a standout performance against Athletic Club at Anfield.

But Lowe has made it clear that there are no guarantees, with the onus on Woodburn to impress.

“He’s going to be with us for a few weeks and it’s over to Ben now to showcase what he’s really about,” he continued.

“Because with the likes of Ben who have probably had a little bit of a dip in form of late, we’re coaches and managers that want to try and bring the best back out of young lads like him. 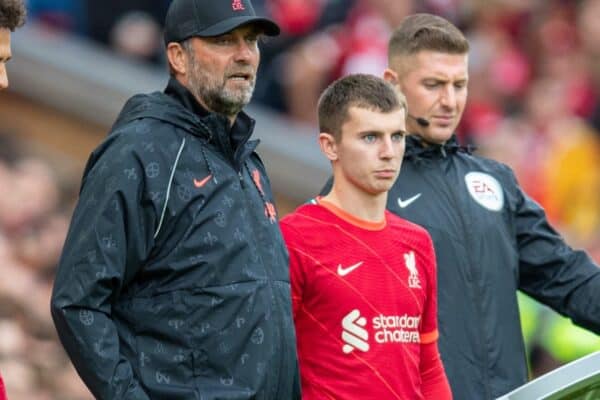 “He’ll be with us for a little while. He’s a fantastic kid, he’s trained fantastically well today, a good footballer.

“But there’s probably one or two more that’ll probably come in with us over the pre-season training because it’s good that we can have a look at them and they can get a look at us.”

Meanwhile, Sheyi Ojo is attracting interest from clubs in Turkey following his release, while Divock Origi will complete his free transfer to AC Milan this week.