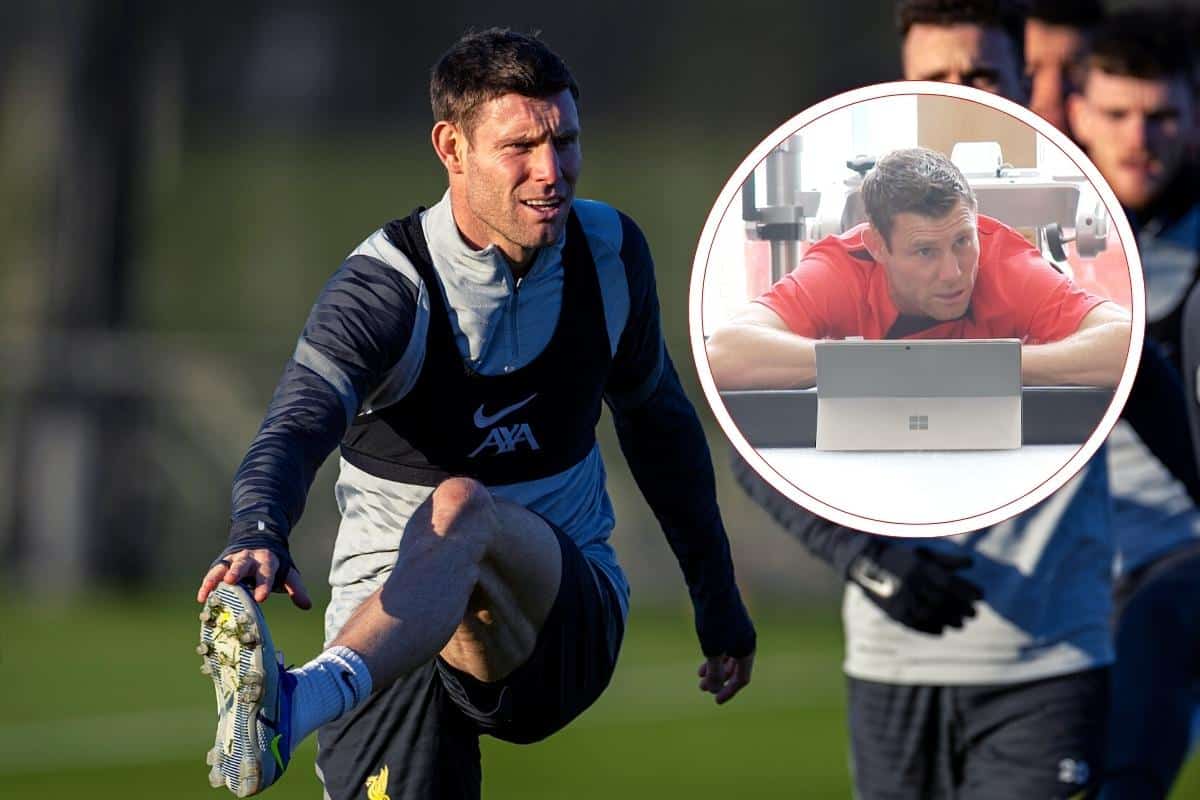 James Milner has now started his 21st pre-season as a professional, that is more summers than some have lived on this planet for, including four of his Liverpool teammates.

And that includes Kaide Gordon, 17, Calvin Ramsay, 18, Fabio Carvalho, 19, and Harvey Elliott, 19, all of whom returned to the club for training on Monday.

They each were not alive when Milner started with Leeds in 2002. Talk about being a machine!

The veteran midfielder was one of 15 Reds to get pre-season underway, with testing dominating the first day as players trickled back in following their summer break.

Those who took part in international fixtures at the end of last season are to make a later return, but Milner was front and centre for “number 21,” and he looked delighted.

The 36-year-old, the king of pre-season testing, signed a one-year extension during the summer and will remain an important figure in the dressing room as Liverpool go on another hunt for silverware.

Jordan Henderson was also one of the first back through the doors at the AXA Training Centre having been omitted from Gareth Southgate’s England side in a bid to manage his minutes.

It’s a boost for Liverpool with the captain able to enjoy a rare extended break before the relentless schedule kicks back in once more.

Harvey Elliott, meanwhile was excited to be back with a “big season ahead,” good vibes that were also shared by Adrian, Gordon and Luis Diaz.

The latter will enjoy his first pre-season with Liverpool and it’s an exciting thought when you consider what he was capable of following his arrival in January!


Calvin Ramsay met some of his new teammates on the first day after his summer move, with fellow defender Joe Gomez, who is in line for a new contract, ready to be “back at it.”


The Reds’ start to pre-season is full of testing before preparations are taken up a notch by Jurgen Klopp and his staff, with a full squad expected to be reunited at the end of the week.

From there, it is straight on a plane to Thailand for the club’s first pre-season tour since 2019, with Singapore to follow before returning to Europe for a training camp in Austria.