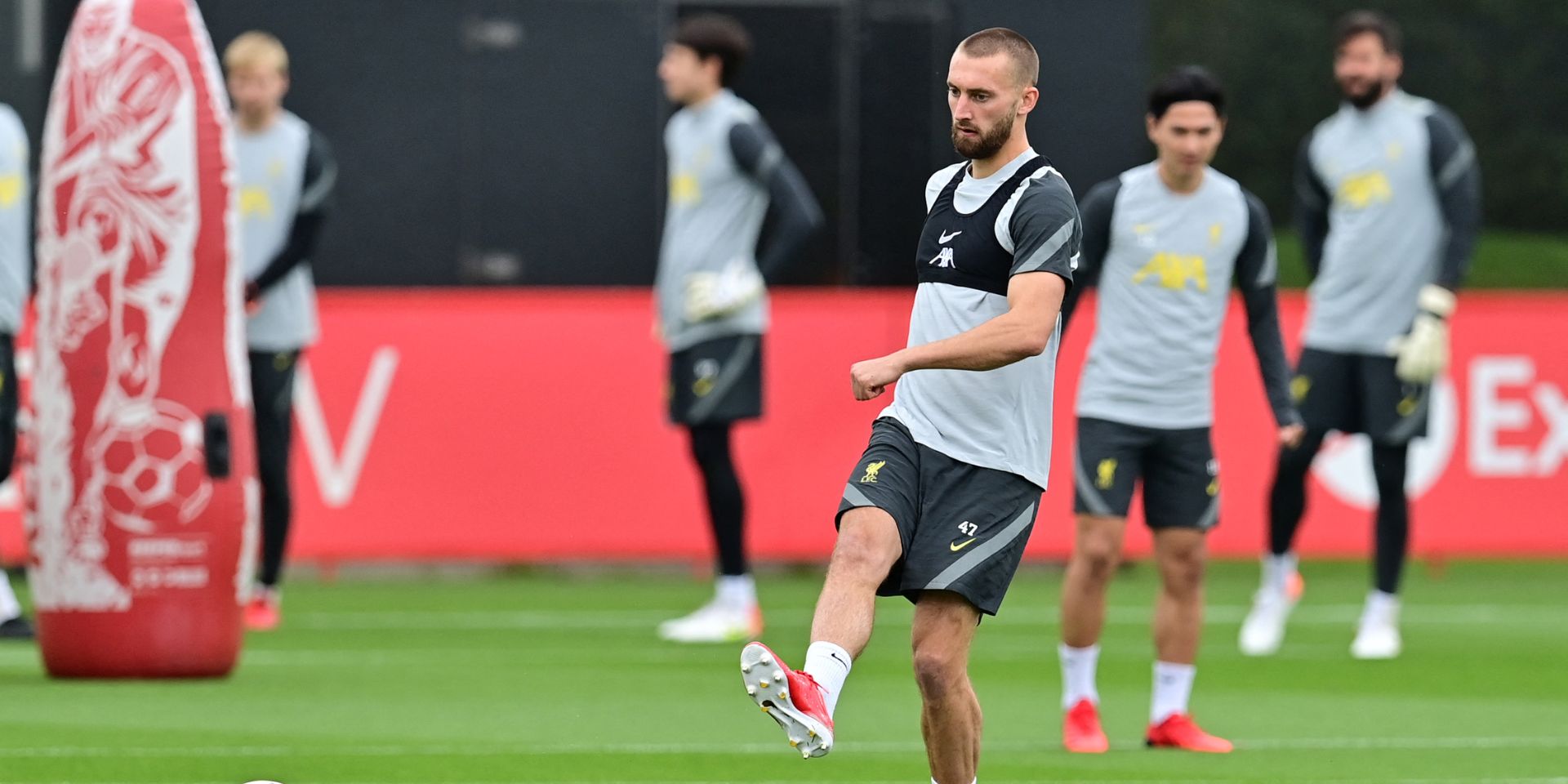 Nat Phillips will always be held in high regard by Liverpool supporters but this season may most likely see him move elsewhere on a loan or permanent deal.

Speaking with the club’s website, the 25-year-old set out his aims for this upcoming campaign: “Get a good pre-season in me, same as always; work hard and make sure I’ve got a good foundation for the season that’s coming up. At the end of pre-season see where I’m at.

READ MORE: “That’s all that matters” – Harvey Elliott’s mature response to his role in the Liverpool squad and injury last season

“That’s the way you’ve got to approach it and maintain high levels throughout the pre-season going into the season.”

Our No.47 will know that trying to displace Virgil van Dijk, Joel Matip, Ibou Konate and Joe Gomez will be a very hard job and he will likely not be handed much game time at Anfield.

Whether Jurgen Klopp is willing to wait on the former Bolton defender, so that he can fill a role within the squad whenever any of the prior listed centre-backs depart the club, or wants to sell him – will have to wait to be seen.

It’s a great attitude from the man himself though to have the belief that he can prove himself once again this summer and see what rewards he will get from those performances.