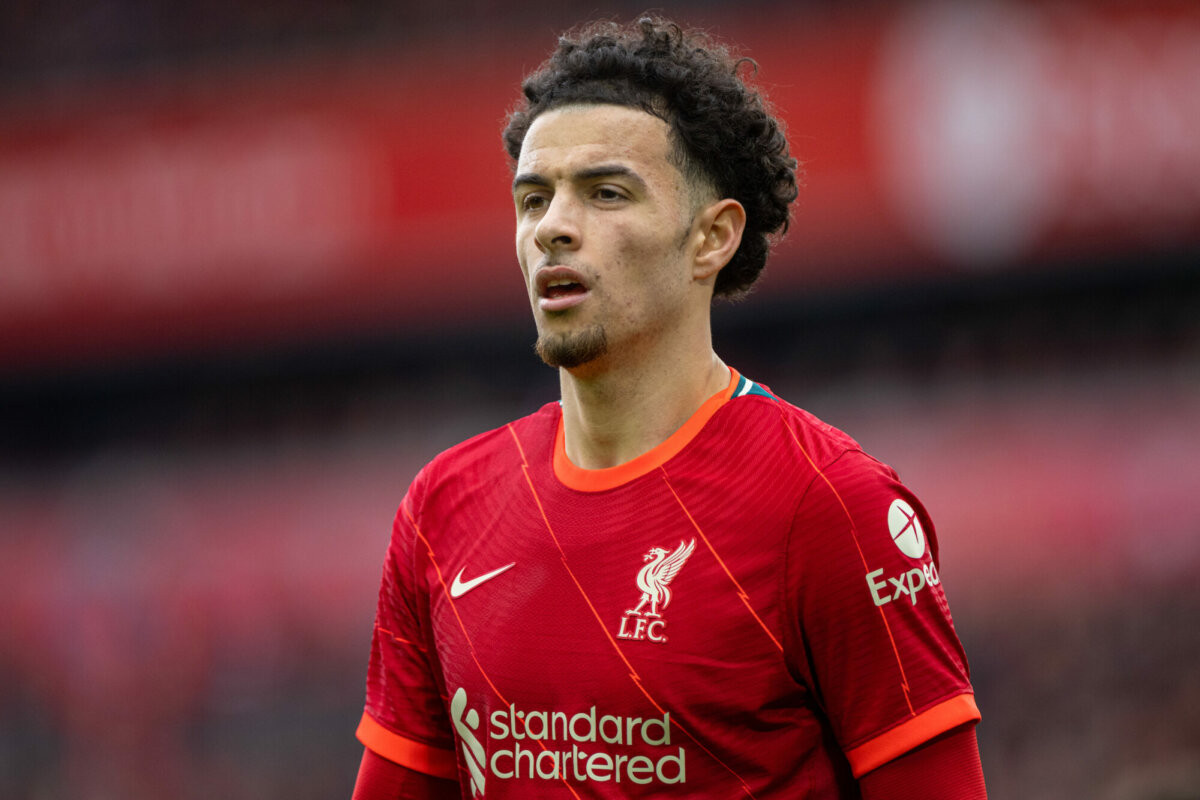 GOAL’s Neil Jones has confirmed that Liverpool won’t allow squad player Curtis Jones to leave the club in any capacity this summer.

The reporter implied that the Reds believe the 21-year-old midfielder could establish himself as a regular first-team player this season.

As quoted by Anfield Watch, Jones said the following: “Liverpool have no intention of giving up on Curtis Jones any time soon. They rejected an ambitious loan offer from Leeds United last August, and reports of a £15 million [$18m] bid from Aston Villa were given similarly short shrift.

“Their faith in him – as well as Harvey Elliott, another youngster hoping to establish himself as a regular starter this season – is one of the reasons they are ready to take their time before making a big-money midfield signing.”

Jones is certainly a regular first-team player in the making. The midfielder has had a reasonable start to his senior career.

Jones has scored eight goals and registered 10 assists in 74 appearances for the club’s first-team.

Liverpool’s midfield is not easy to break into at the moment. Reds boss Jurgen Klopp has the likes of Jordan Henderson, Thiago Alcantara, Fabinho, Harvey Elliott, Naby Keita, Alex Oxlade-Chamberlain and Jones at his disposal.

Therefore, it is not hard to see why Jones has been a squad player in recent seasons. But, as we have pointed out, he is only 21 years of age.

So, Jones has plenty of time to establish himself as a first-team player at Anfield. He is also a Scouser. With that being the case, it would be fair to assume he will do everything possible to remain at Liverpool.

Only time will tell if Jones is to live up to his potential.