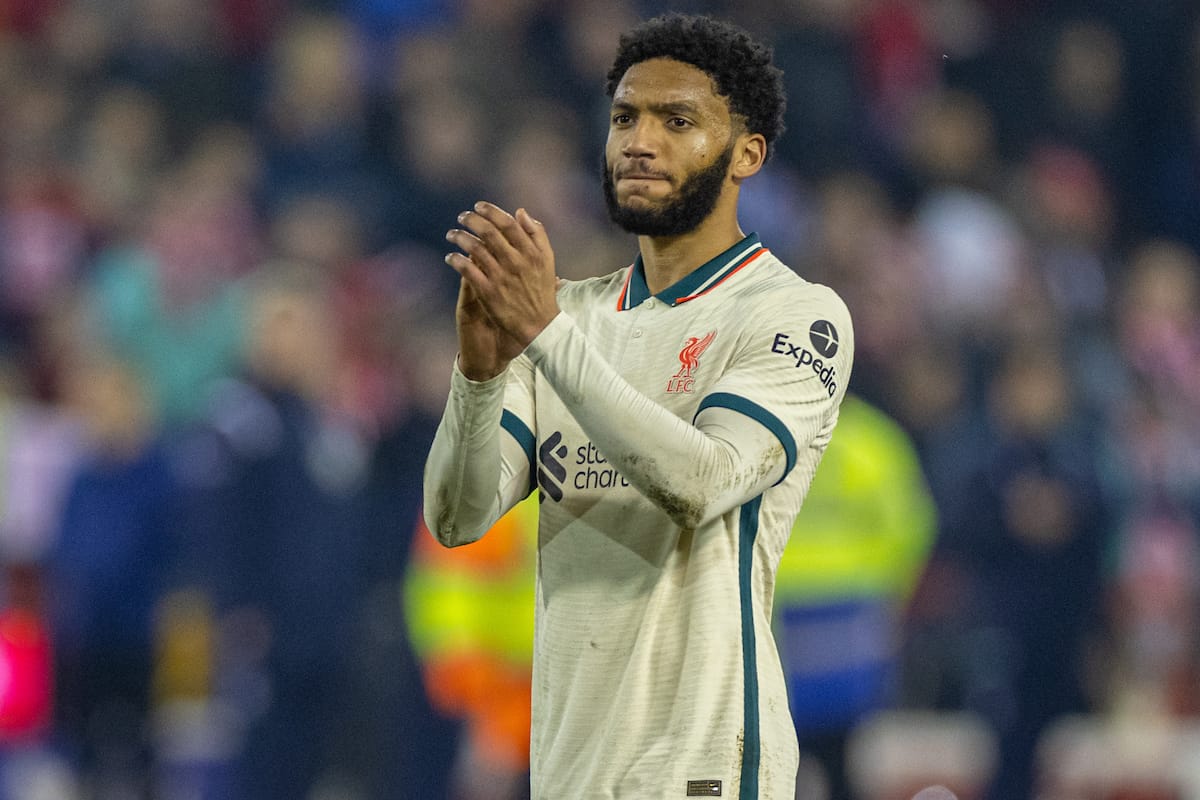 With their three summer signings wrapped up and through the door, Liverpool’s focus in the transfer window has shifted, with Joe Gomez‘s contract “top priority.”

The Reds are widely expected to have completed their incoming business for the summer, and on Monday, Fabio Carvalho and Calvin Ramsay were part of the first group back for pre-season.

Darwin Nunez is set to link up with his new team-mates later this week, with Sadio Mane and Takumi Minamino no longer part of the squad after clinching moves away.

There will likely be further outgoings, with Neco Williams attracting interest from Nottingham Forest and the likes of Nat Phillips and Ben Davies also up for sale, but one of the key priorities for sporting director Julian Ward will now be player retention.

His big job is already compete, of course, with Mohamed Salah signing a new three-year contract at the end of last week, but there are still five players whose deals are currently due to expire in 2023.

Gomez still has two years remaining himself, but according to an update from Sky Sports, tying the 25-year-old centre-back down to new terms is a “top priority.”

Talks are said to be already underway with Gomez’s representatives, as Liverpool look to “stave off interest from a number of other Premier League clubs,” with Aston Villa and Newcastle among the sides tentatively linked.

He is described as “still very much part of [Jurgen] Klopp’s plans,” as the manager and his staff see him as “England’s best centre-half.”

The No. 12 was among those to report back to the AXA Training Centre for the first day of pre-season training, and it is likely that talks with Ward can be accelerated now he is back.

There are also decisions to make over Roberto Firmino and Alex Oxlade-Chamberlain, who have under 12 months left on their deals, while negotiations have already begun with Naby Keita‘s agent.

James Milner recently signed a one-year extension and his situation will be reviewed next summer, while Adrian has a year remaining and has been open in discussing the prospect of leaving in pursuit of first-team football.

Gomez made 21 appearances last season, with only 11 of those as a starter, and found the majority of his game time in the latter stages of the campaign at right-back.

Given he only turned 25 at the end of May, he could still feasibly challenge Joel Matip and Ibrahima Konate for the starting spot alongside Virgil van Dijk.