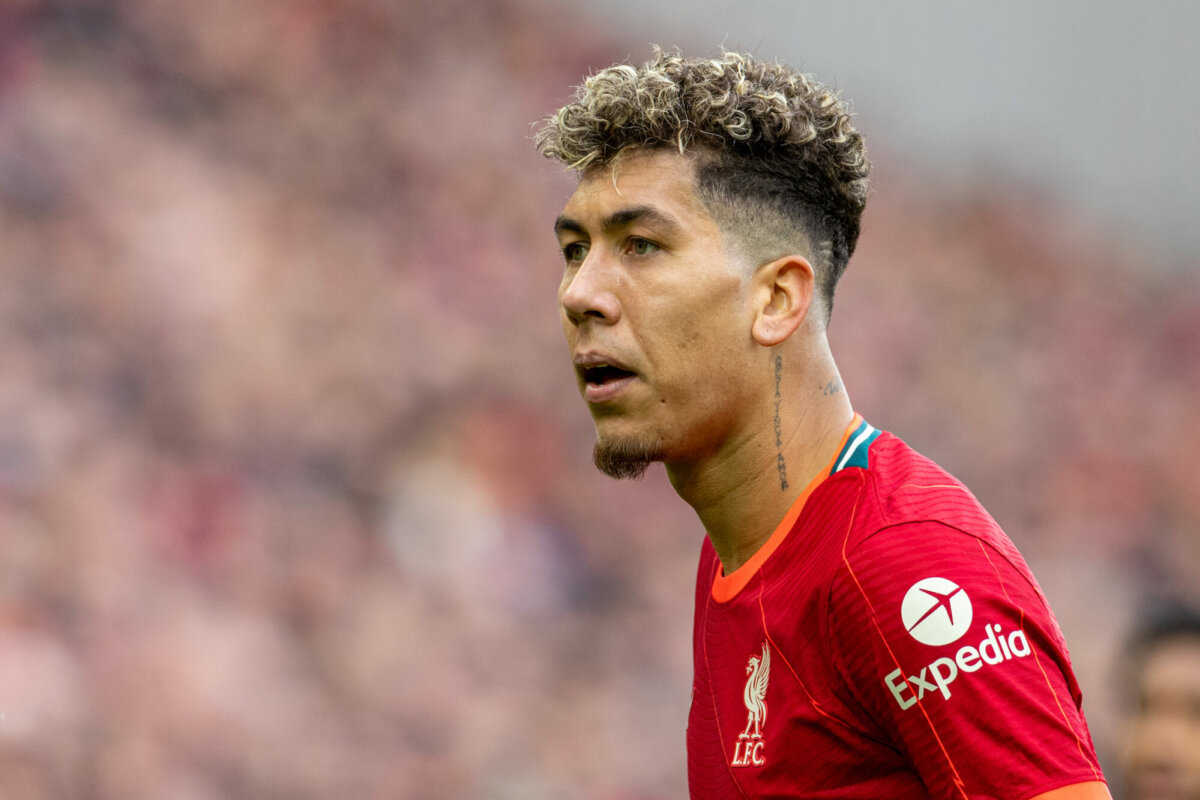 Here is why I think Liverpool should keep hold of Roberto Firmino this summer.

With Mohamed Salah signing a new deal last week, most Reds thought that the next forward to be offered a contract extension would be Bobby.

However, a report has claimed that Juventus are showing interest in the Brazilian and they’re willing to spend around £20 million to sign him, a fee which Liverpool would consider selling him for.

Firmino’s contract with the Reds expires at the end of the 2022-23 season.

With Sadio Mane joining Bayern this window, most fans thought it would be impossible to lose two of the original front three, however, that is a real possibility now.

A fee of £20 million for a forward who is 30-years-old and past his best is a decent deal. Therefore, it’s not a surprise hearing that Liverpool would consider the offer if it came in.

Unfortunately, we have seen a massive drop off from Bobby in recent years and he isn’t the player he used to be.

Saying that, he is still a Liverpool legend and in my opinion, he’s been one of the most exciting players I’ve ever watched.

When he is playing at his best he’s a nightmare for defenders. We know how good Firmino is at dropping deep and creating space for the other forward players.

But the one thing he has struggled to do in recent years is score goals (statistics provided in link) and that has cost us in certain games.

However, with Liverpool signing Darwin Nunez for €100 million this summer, it seems that Firmino is going to have to play second fiddle to the Uruguayan.

The only way I can see Jurgen Klopp starting Firmino is if the German starts to play a 4-2-3-1 next season.

If that is the case, then I’d argue Bobby is our best number 10. Fabio Carvalho played there for Fulham, but that’s a lot of pressure to put on a 19-year-old who has just joined the club.

🚨 NEW: Roberto Firmino is so highly thought of within the Anfield hierarchy it seems unfathomable that he will be permitted to leave the club for nothing next summer. #lfc [mirror] pic.twitter.com/V32ScUQDGf

The 30-year-old played in the 10 role for Hoffenheim before he joined Liverpool and he could easily slot back into that position in my eyes.

The main reason why I’d keep Firmino around is that our squad is fairly depleted after selling Mane, Takumi Minamino and Divock Origi.

With Firmino being able to play up front, in the 10 role and potentially in midfield, selling him for £20 million makes no sense unless we are going to replace him.

There is only one Bobby Firmino in this world and replacing him is an impossible job in my eyes.

He has such a unique skill set and letting him leave would be a terrible mistake in my opinion.

Even if he only stays for a year and leaves for free at the end of the season, I still think there are more benefits than negatives to keeping him this campaign.

“Firmino was outstanding. For people with football knowledge, people will write books about how he interprets the false 9. We don’t say he invented it but it looks like that at times. It was insane.” 🔴 pic.twitter.com/9Qv5pxjZcM

We also know much Klopp loves Firmino and he’s probably his biggest fan, so he definitely won’t want to lose him.

When speaking about the Brazilian last season, Klopp said that people with football knowledge know how good Firmino is.

“Mo gets a lot of attention and rightly so but Firmino was outstanding. For people with football knowledge, people will write books about how he interprets the false 9. We don’t say he invented it but it looks like that at times. It was insane,” he told the club’s official website, as quoted by AW on Twitter.

The only way I see Firmino leaving this summer is if Juventus come in with a reasonable bid and if Bobby asks to leave Anfield.

Hopefully that doesn’t happen as I honestly believe he could rediscover his best form next season.