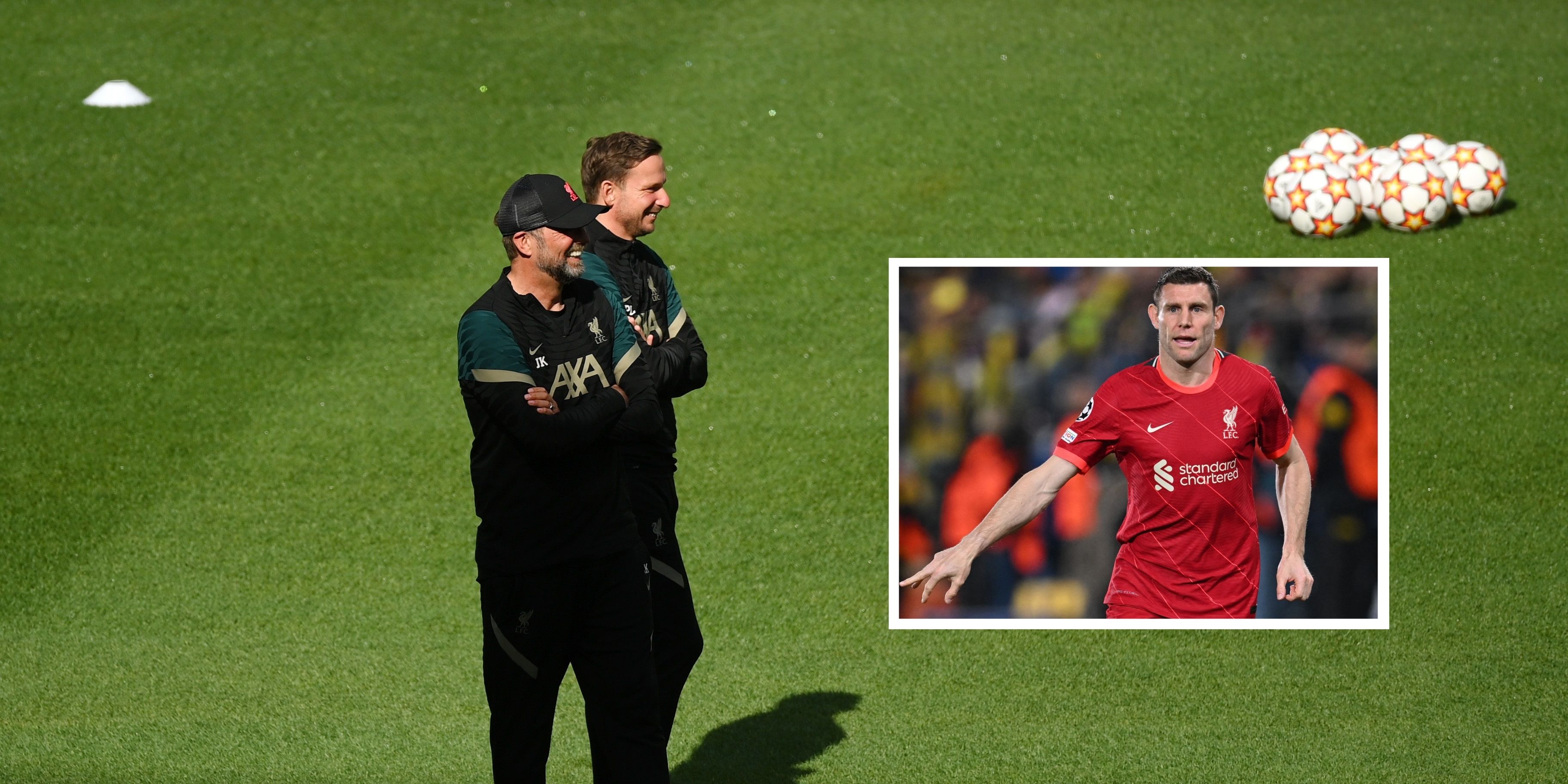 Pep Lijnders’ upcoming book is sure to pique many a Liverpool fan’s interest ahead of its release on 4th August.

Speaking about James Milner’s new contract with the club, keeping him at Anfield until next summer, the German expressed his delight at holding on to the veteran midfielder and revealed that the Englishman would feature significantly in his fellow coach’s review of the prior campaign.

“Fantastic, absolutely fantastic – that’s how you build a team. Millie is incredibly important for us,” the 55-year-old told liverpoolfc.com.

“Who doesn’t know it yet or doesn’t believe it yet just has to read Pep Lijnders’ new book, which comes out early August I think.

“It’s like a love letter to James Milner – well deserved, by the way!”

The Merseysiders fell just short of attaining immortality in the history books, missing out on the Champions League trophy and finishing a point behind eventual winners Manchester City in the Premier League on the final day of the season.

Though not usually what you’d consider a ‘game-winner’ at the tender age of 36, the Yorkshireman nonetheless remains an integral part of the squad as a standard-setter for Academy graduates and those finding the ropes at L4.

Having already been spotted attending youth games, one might imagine that the natural next step for the versatile midfielder will be the step up into coaching, aiding the growing spirit of continuity prevailing at the side.

With the likes of Vitor Matos and Lijnders having been given increased responsibility under Jurgen Klopp, the Englishman could rest well-assured that he would be given every opportunity to grow with us should he decide to remain actively involved in the sport.