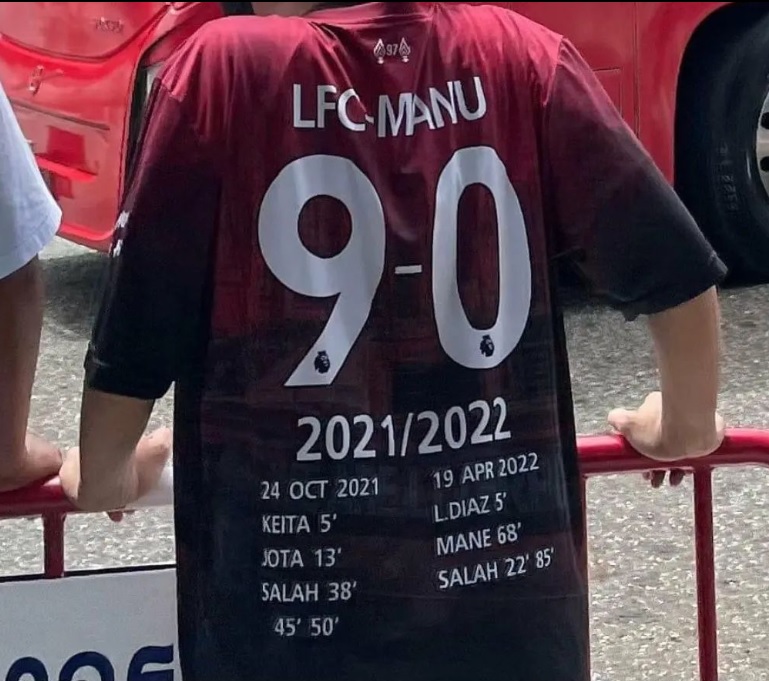 One Liverpool fan took part in some superb ribbing of the Reds’ bitter league rivals in Manchester United ahead of the two outfits’ pre-season meeting.

The supporter in question was photographed wearing a jersey commemorating the former’s two significant victories over the Red Devils last term, including the five-goal demolition at Old Trafford.

Whilst we shouldn’t be quick to assume that a similar level of devastation will be caused once more this season, the improvements we’ve made to the squad should hardly relieve our impending opponents.

You can catch the clip below, courtesy of @LFCfanNewsMU:

This Liverpool fan in Bangkok waiting for the squad 😂😂😂 pic.twitter.com/JlCep1oIVh