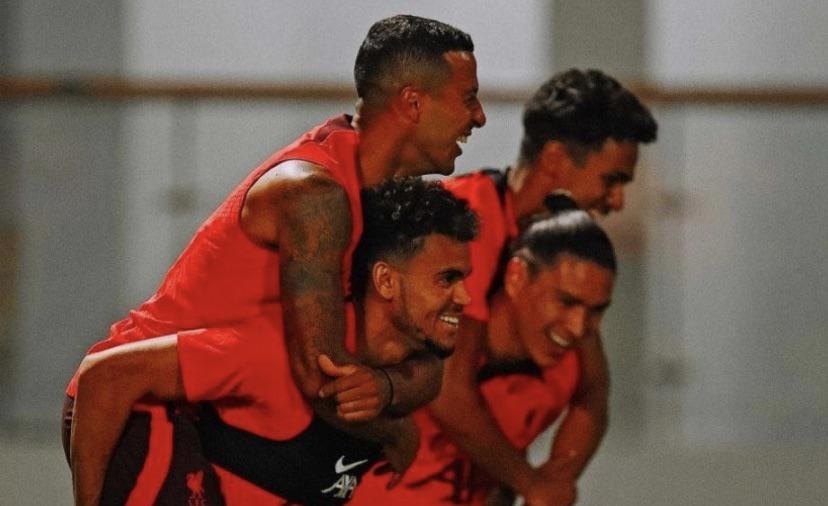 Darwin Nunez and Fabio Carvalho appear to be settling in extremely well in their new surroundings at Liverpool Football Club.

It will have been helped in no small part by the spirit of camaraderie in the squad – supported by the individual efforts of players during the club’s pre-season tour of Asia – and, no doubt, by the ever affable presence of Jurgen Klopp.

The Portuguese starlet already made a strong impression from his first half hour of action under the German and it will be interesting to see whether this will give our manager the confidence to start him in the first-team early on as he previously gambled with Harvey Elliott.

You can catch the photo below, courtesy of Reddit user u/malushanks95:

Our new signings getting along well 🥰 from LiverpoolFC