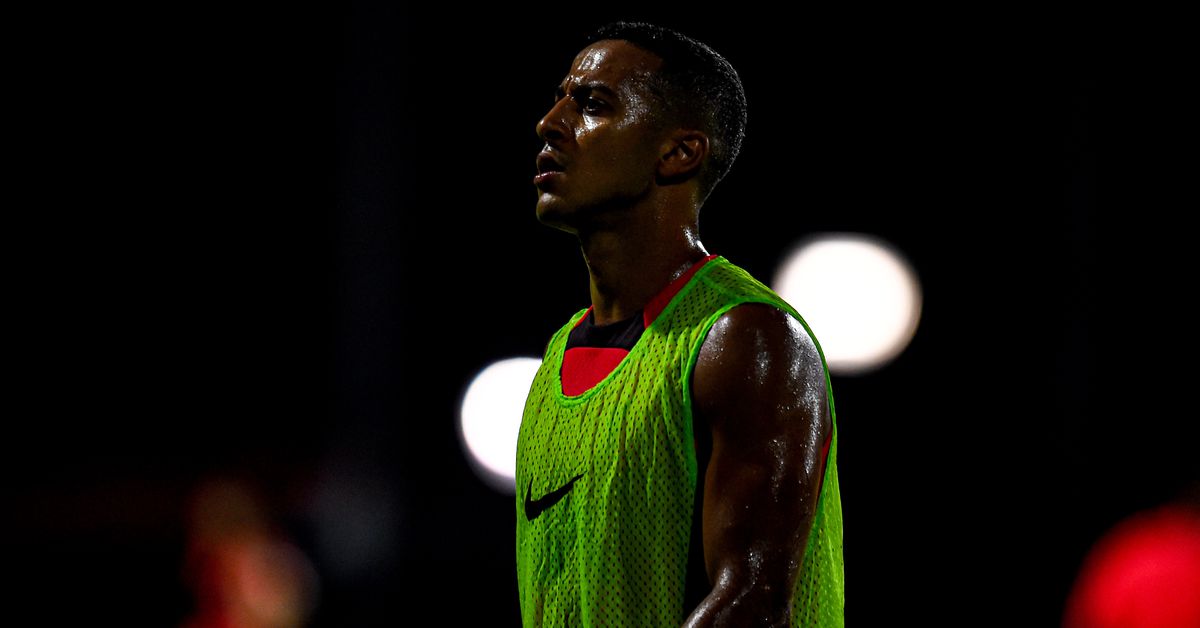 Liverpool’s first pre-season game ahead of the 2022-23 season didn’t go quite as well as the local fans who came out to watch them in Bangkok would have hoped, with the Reds falling 4-0 to a Manchester United with an extra week under their belts, but at the end of the day pre-season is first and foremost about fitness.

To that end, Jürgen Klopp ran out three outfield units for thirty minutes apiece and asked them to run hard in the heat of South-East Asia. Now, the players will be asked for more of the same on Friday when they face Crystal Palace from Singapore, where they landed today and began their preparations at the Kallang Football Hub.

By the time Friday’s game rolls around, even Liverpool’s late returning players—including superstar Mohamed Salah and new signing Darwin Núñez, both of who joined up with their teammates three days ago—will have had the better part of a week in training and Klopp will be able to call on all his first team regulars.

That could mean a more typical pre-season run out of two groups for 45 minutes apiece, or it could even mean some players starting and getting 60 minutes before the Reds head back to Europe for a stint in Germany and games against RB Leipzig and RB Salzburg before returning to England for the Community Shield.