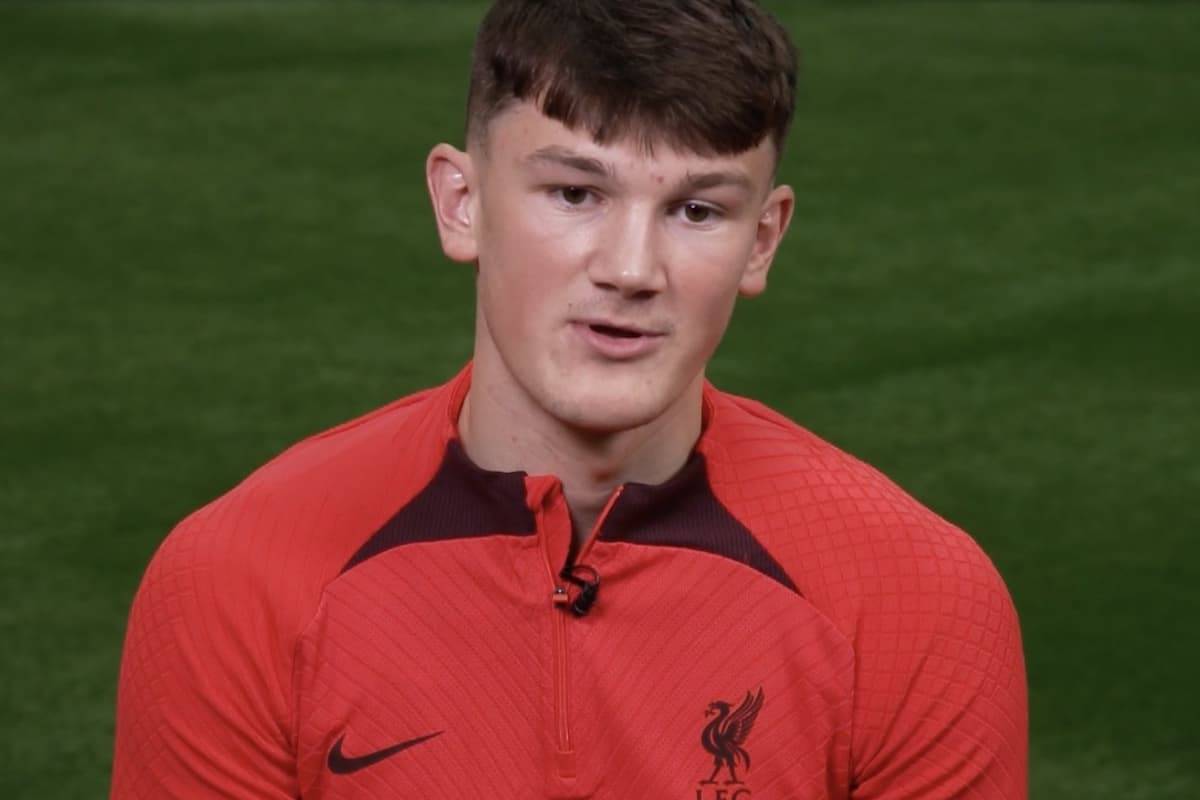 Calvin Ramsay‘s start to life at Liverpool has been hampered by what Jurgen Klopp calls a “little injury,” but one that needs to be taken care of in view of the future.

The 18-year-old was the third signing of the summer for Liverpool and arrives with plenty of admirers after a breakout season with Aberdeen.

With Neco Williams to leave in a permanent deal and Conor Bradley enjoying a loan spell, he’s next in line behind Trent Alexander-Arnold for the season ahead.

Ramsay started his pre-season with a number of senior figures on Monday but has been a notable absentee from the work on the outside pitches, with Klopp now having confirmed why.

The injury was one that was only flagged after a medical check and while his recovery cannot be rushed, Klopp is of the view that it “will not take too long.”

“Unfortunately, Calvin is now not training with us in the moment, he has a little injury. Nobody knew, we found it when he did his medical check,” Klopp explained to LiverpoolFC.com.

“Until today he has no problems but the medical department tells us if we don’t take care for that now, he will have a problem in the future.

“So, when you are that young then, of course, he has a long career ahead of him, so we are very responsible in these moments, so he didn’t train yet with the team but is doing a lot of fitness work. So, it will not take too long I think.”

Although Klopp has to wait to see Ramsay on the pitch with his own eyes, there is plenty of excitement for what he will bring when he is fit and has settled into the team.

“So I didn’t see him yet in training but everything we saw about him, we heard about him, I heard from him: a fantastic boy. And what a player he is, what he did for Aberdeen last year, absolutely exceptional.

“In his age group and you know the things we need from a full-back, he is as close as it gets to the things we want and is still a kid. So we really expect a lot from him in the long term.”