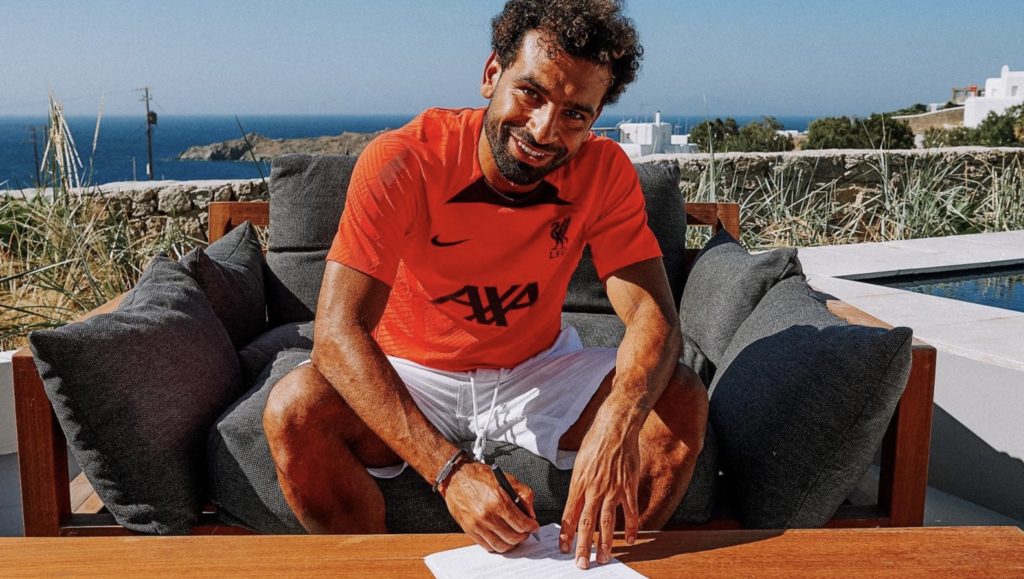 July 1st is the official date for players contracts to end, begin or for players to enter the last year of their contract.

That was Mohamed Salah’s position this morning until he signed a new contract extension with Liverpool FC.

The Egyptian forward had been in discussions for most of last season with the club but eventually the two parties reached agreement and extended his deal.

I feel great and am excited to win trophies with the club. It’s a happy day for everyone.

It takes a little bit of time, I think, to renew (a contract), but now everything is done so we just need to focus on what’s next.

I think we are in a good position to fight for everything. We have new signings as well. We just need to keep working hard, have a good vision, be positive and go for everything again.

It is understood that Mo Salah has signed a new three year contract, taking his Liverpool career into the summer of 2025 and he will, obviously, become Liverpool’s highest paid player in the history of the club earning around £350,000 a week.

Jurgen Klopp added his thoughts on the news.

“Of course it has taken a little time but that’s absolutely OK and the best things are always worth waiting for anyway. Mo is one of the best players in the world; it’s only normal there are things to sort when you are at his level. So big credit to Julian Ward and Mike Gordon for guiding us to this destination.

“I have no doubt Mo’s best years are still to come. And that’s saying something, because the first five seasons here have been the stuff of legend.

Liverpool will begin to report to pre-season training from next week.